A nursing home where the highest number of Covid-19 deaths in East Lothian occurred has been ordered to produce improvement plans after dirty equipment and “tired” furniture were discovered during an inspection.

At Drummohr Care Home in Wallyford 20 residents died from the virus according to figures compiled by a Crown Office unit – although owners HC-One dispute this and maintain there were 15 coronavirus-related deaths at the home.

Now a report by the Care Inspectorate has graded the quality of its care and support during the pandemic as “weak”.

Inspectors praised staff at the home and acknowledged their strong bonds with residents and support given to keep them in contact with their families.

However, the home itself came under fire for damaged woodwork and doors which were hard to keep clean, and dirty equipment.

The report states: “Rooms including bathrooms, treatment rooms and linen cupboards were not clean and were untidy.

“Individual and shared care equipment, such as toilet frames, bath seats and mattresses, were dirty or damaged.

“This increased the risk of the transmission of infection. ”

And the inspectorate criticised a lack of “anticipatory care” at the home, adding: “Anticipatory care planning provides an important opportunity to have conversations with individuals, carers and loved ones about the type of care that they would like to receive should they become unwell.

“Anticipatory care plans were not in place.”

The inspectors said they had been told that the home, which had 49 residents at the time of the visit in December, was due for refurbishment and introduced a requirement of a refurbishment plan being presented to them by the end of this month.

They described the main dining area as “basic”, with furniture “tired and marked”.

Concerns were also raised about the level of training staff had been given over using PPE, with “hand hygiene” raised as an issue.

However, the report also noted: “People were relaxed and comfortable in their home.

“Individuals had developed friendships with others and they told us how important that was to them.

“Relationships with staff were positive, with humour and chat observed during the visit.

“We met with available visiting relatives. They had confidence in the staff team and praised the commitment of staff and the care and support provided during challenging circumstances.”

The inspectors also noted that some residents were unhappy about the food choices available at time at the home.

HC-One, which owns Drummohr Care Home, said it had already made changes following the unannounced inspection in December.

A spokesperson said: “The health, safety and wellbeing of our residents is our number one priority, and we take all feedback from the Care Inspectorate (CI) very seriously.

“We acknowledge there were areas where we fell short of the high standards our residents rightfully expect and deserve, and we have a comprehensive action plan in place which is being overseen by our senior regional team.

“We immediately acted on much of the feedback and made significant  improvements, including supporting our team with refresher training to ensure the highest standards of infection prevention and control.

“We have carried out a full audit of the homes environment and work has commenced by our maintenance team to improve the interior. We have also purchased new furniture for the dining area.

“A full refurbishment plan will be provided to the CI and we expect that they will see significant improvements when they next visit the home.

“We were heartened by the positive feedback in the report, including from a visiting relative who expressed their confidence in the staff at Drummohr and highlighted how the approach to care supported individuals’ physical and mental health.

“We were also pleased that our changes to the menus immediately received great feedback from residents. 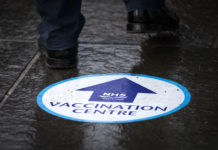 Coronavirus – route out of lockdown will be a cautious one 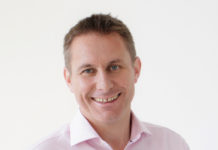