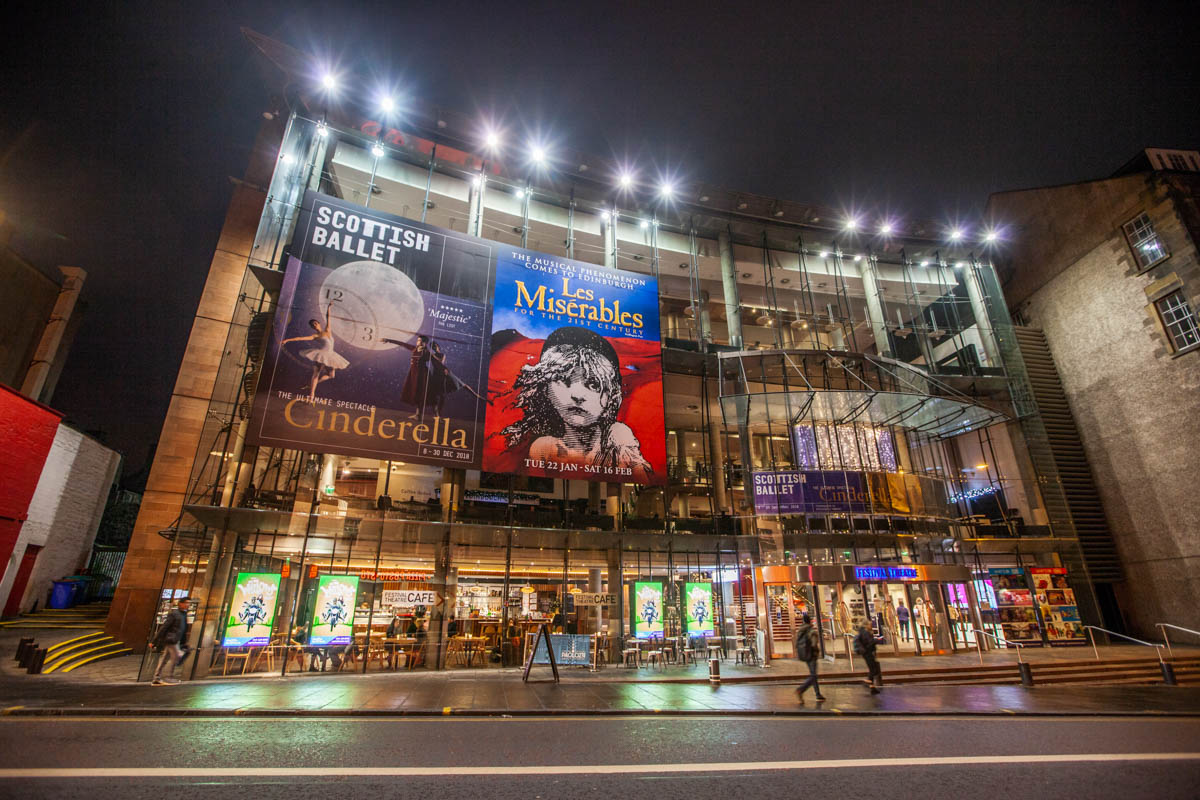 The first shows to appear on the stages of the Festival Theatre and King’s Theatre in more than a year have been announced by Capital Theatres.

Both The Donmar Warehouse’s ‘Blindness’ and Original Theatre Company’s ‘A Splinter of Ice’ will play to limited capacity audiences maintaining 2m social distancing.

Capital Theatres has carried out careful and detailed planning to ensure its operations are Covid-secure with the safety of audiences, artists and staff its top priority.

Gary Smith, Director of Marketing and Communications at Capital Theatres said: “We are very excited that after months of nail-biting challenges and waiting we are now on the point of reopening the theatres and welcoming back our audiences. This moment means so much to the whole team here at Capital Theatres and we have been planning meticulously to ensure that we do it as thoughtfully and as safely as possible.

“Of course, instead of 1,900 people in the Festival Theatre auditorium we will have 44 on stage for this performance and challenges will remain firmly in place around sustaining the operation until we can welcome back full auditoriums, nonetheless it is a landmark that we are delighted to make.”

Juliet Stevenson voices the Storyteller/Doctor’s wife in this gripping story of the rise and, ultimately, profoundly hopeful end of an unimaginable global pandemic.

This ticketed installation for a limited number of visitors will run four times a day, with seating arranged 2m apart in accordance with social distancing guidelines on the stage of Festival Theatre. Visitors will listen on headphones as the narrative unfolds around them.

Following a highly productive and successful season of online productions, Original Theatre Company returns to its first live stage production since March 2020. The UK Tour of Ben Brown’s new political drama, A Splinter of Ice, will run at the King’s Theatre from Tuesday 13 to Saturday 17 July.

Set in Moscow in 1987 novelist Graham Greene travels into the heart of the Soviet Union to meet with his old MI6 boss, Kim Philby. With a new world order breaking out around them, how much did the writer of The Third Man know about Philby’s secret life as a spy and did Philby betray his friend as well as his country?

For tickets, further information and to see what else is happening at Capital Theatres visit www.capitaltheatres.com