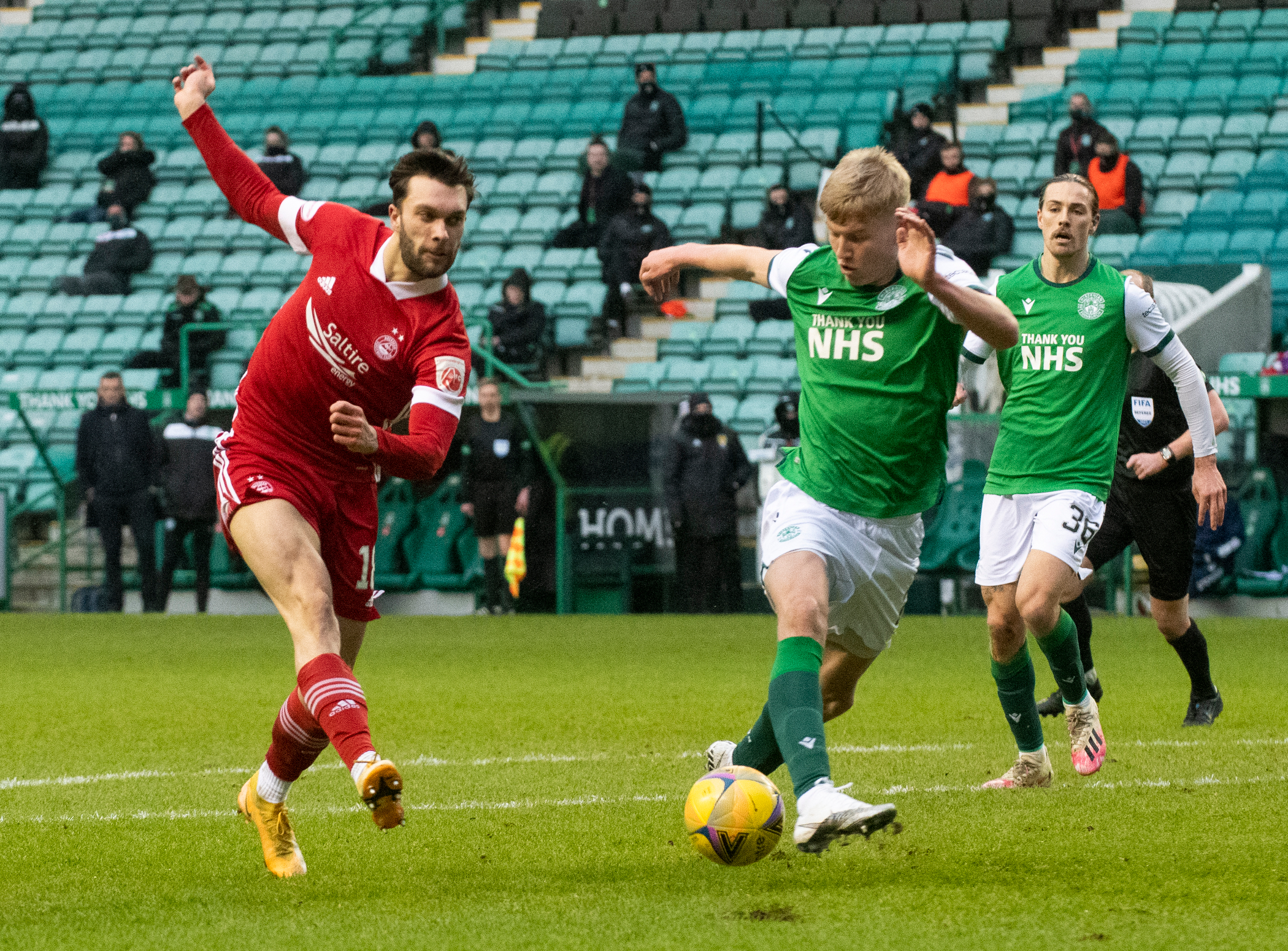 Hibs’ Head Coach Jack Ross has praised the contribution of Academy staff Eddie May and Gareth Evans for their work in developing an exciting crop of youngsters that have already attracted the attention of top English sides.

Teenage goalkeeper Murray Johnson could be set for £250,000 move to Wolves having recently spent a week training with English Premier League leaders Manchester City. He has also attracted the attention of Brendan Rodgers at Leicester City.

In addition former Academy graduate Ryan Porteous was the subject of a big money bid from Millwall whilst Josh Doig is continually being monitored by many of the top sides.

Ross’s aim however is to retain as many of the youngsters as possible and develop their progress into the first team.

Ross said: “With regard to Ethan Laidlaw and Murray Johnson it’s not a reflexion on me it’s a reflexion on Eddie May and Gareth Evans and all the guys who have endured a difficult year in terms of not being able to come to work on a regular basis.

“The job they have done with those players and the fact that they have become of interest to clubs who want to take them from us in terms of paying a fee and you can add Ryan (Porteous) and Josh Doig to that so it paints them in a good light.

“The challenge for us is to keep as many of our good young players as we can and try and progress them to first team level then being able to back fill and ensure we have that strength within the Academy and Development Squad as well.

“We need to make a judgement call as to whether they are good enough and ready enough and then you need to be willing to give them an opportunity in the right circumstances.

“For us we have managed to marry the two together during the course of the past season. We have introduced young players into the squad and into our training environment. There has been progress met in terms of the development of these players and we aim to continue to do that.

“At the moment we have probably got a little bit of a hole that we need to deal with. In terms of young players around the 15-16 year olds, we have got some good ones then a little bit of a gap in between that we have to try and address over the summer to make sure we can continue to bring players through.

“Josh Doig is an example of that. He was not a player that came through our Academy system but came to the club in his mid to later teens and we felt as if he was somebody that we could develop into a first team players and that’s what we continue to do.”