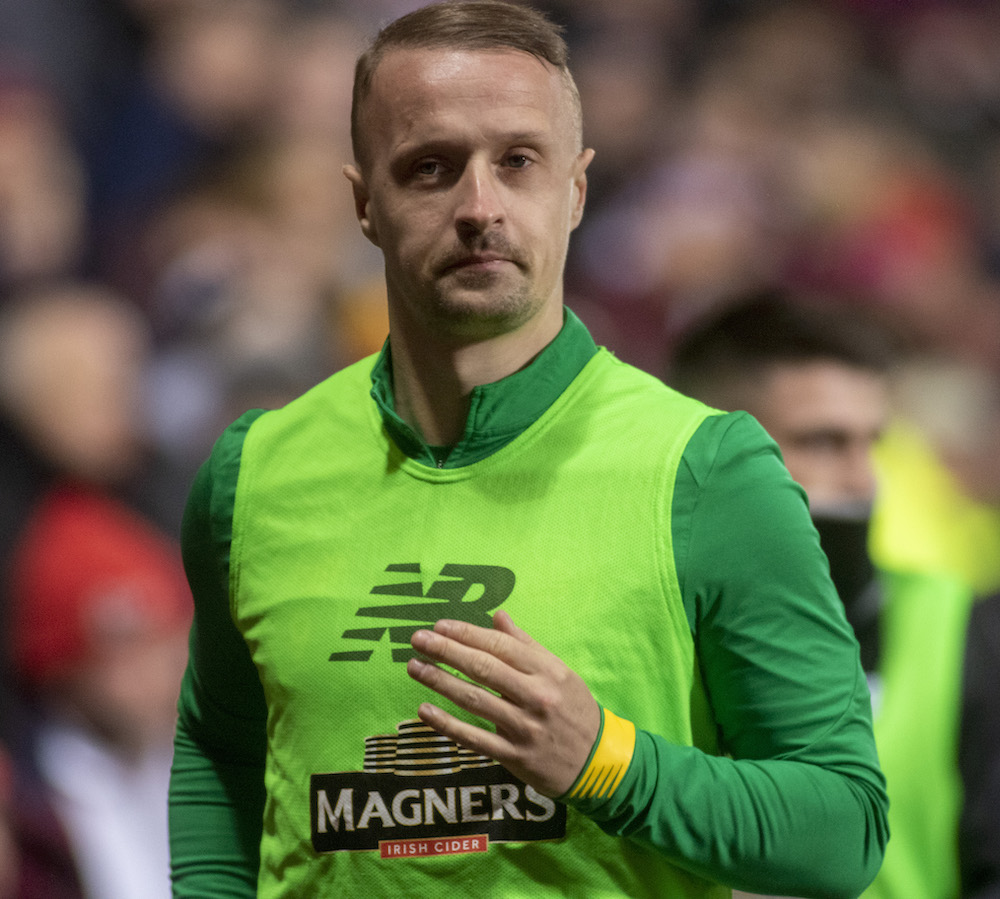 Hibs’ Head Coach Jack Ross declined to be drawn into a discussion about a rumoured move for Celtic’s Leigh Griffith but he admitted that he admired the striker and hinted he would be interested if he becomes available.

Griffiths’ Celtic contract is due to expire in 2022 but interim boss John Kennedy revealed that there is a clause in his contract that could allow him to leave for free if he wishes.

The 30-year-old who has never hidden his love for Hibs hasn’t started a league game since January and he remains a much-loved figure amongst the club’s supporters due to his exploits on-loan when he helped the club to two Scottish Cup finals.

Speaking at the press conference ahead of Sunday’s Scottish Cup tie against Stranraer Ross said: “I think there are a few parts to it. First of all, he’s not a player who as of yet will be available. He’s still contracted to Celtic and there’s nothing to say he won’t be as things stand.

“It is an easy connection to make because of his association with the club and his time at Hibs before, but I would temper that by saying is he a player we have admiration for? Of course, because his goalscoring record is up there with the best in Scotland over recent years.

“It may be something that should the opportunity arise, it would be something we’d discuss, but it’s not something we have been able to discuss in any detail because he’s not a player, as of yet, who will be available.”