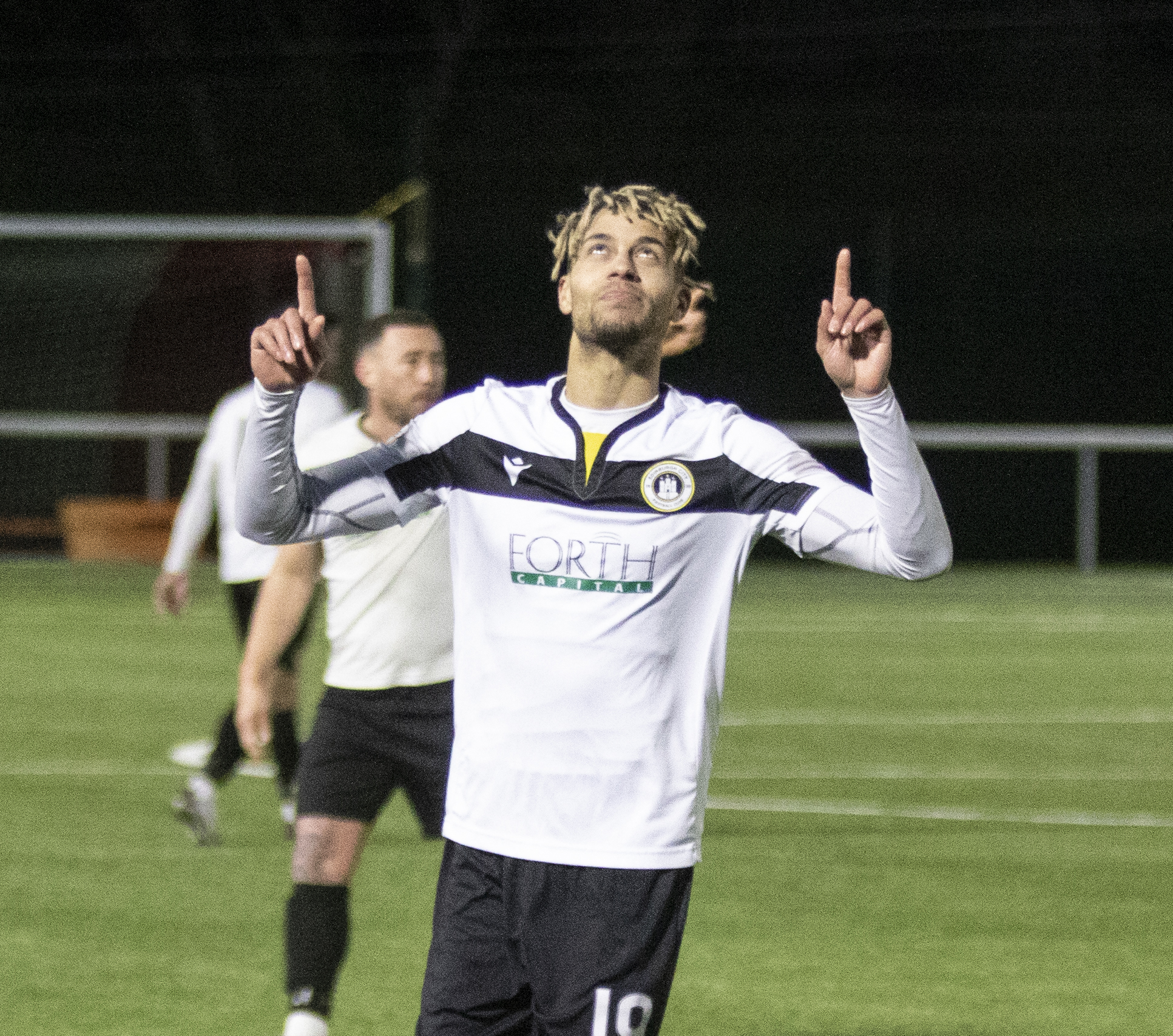 Edinburgh City came from behind to secure a valuable point against Annan Athletic at Ainslie Park tonight, but the draw means that they drop to third, two points behind Elgin City who beat Stranraer 2-1.

After a goalless first half the visitors took the lead in the 65th minute from the penalty spot but drew level five minutes later thanks to a goal from Ouzy See.

The game kicked off in perfect conditions and the visitors had an early penalty claim following a stramash inside the area but referee Gavin Ross waved away the visitor’s appeals then moments later City skipper Craig Thomson’s free-kick was well saved by the Annan keeper Alex Mitchell.

Both sides had chances then on-loan Hibs’ striker Josh Campbell fired just wide as City began to take control then just before the break, Campbell found See with a fine cross but his header was straight at the keeper.

Shortly after the restart Rafa De-Vita’s shot was well saved by Mitchell then from the resultant corner Lee Hamilton attempted an acrobatic effort without success.

Thomson was the next to try his luck but once again Mitchell was on hand to save and moments later a fine move ended with a powerful strike by See but his effort went straight at the Annan keeper.

City looked the more likely to score at that stage however it was the visitors who opened the scoring from Tony Wallace’s well struck penalty which flew straight down the middle leaving Antell helpless.

The visitor’s lead only lasted a few minutes before See equalised with a well-taken strike.

With five minutes remaining Antell produced a superb save to deny Christie Wright and keep the score level.

Naysmith then tried a last throw of the dice replacing Marc Laird with Andy Black then City had a late chance with a free-kick in added time but Thomson’s effort struck the wall and the game ended with honours even.