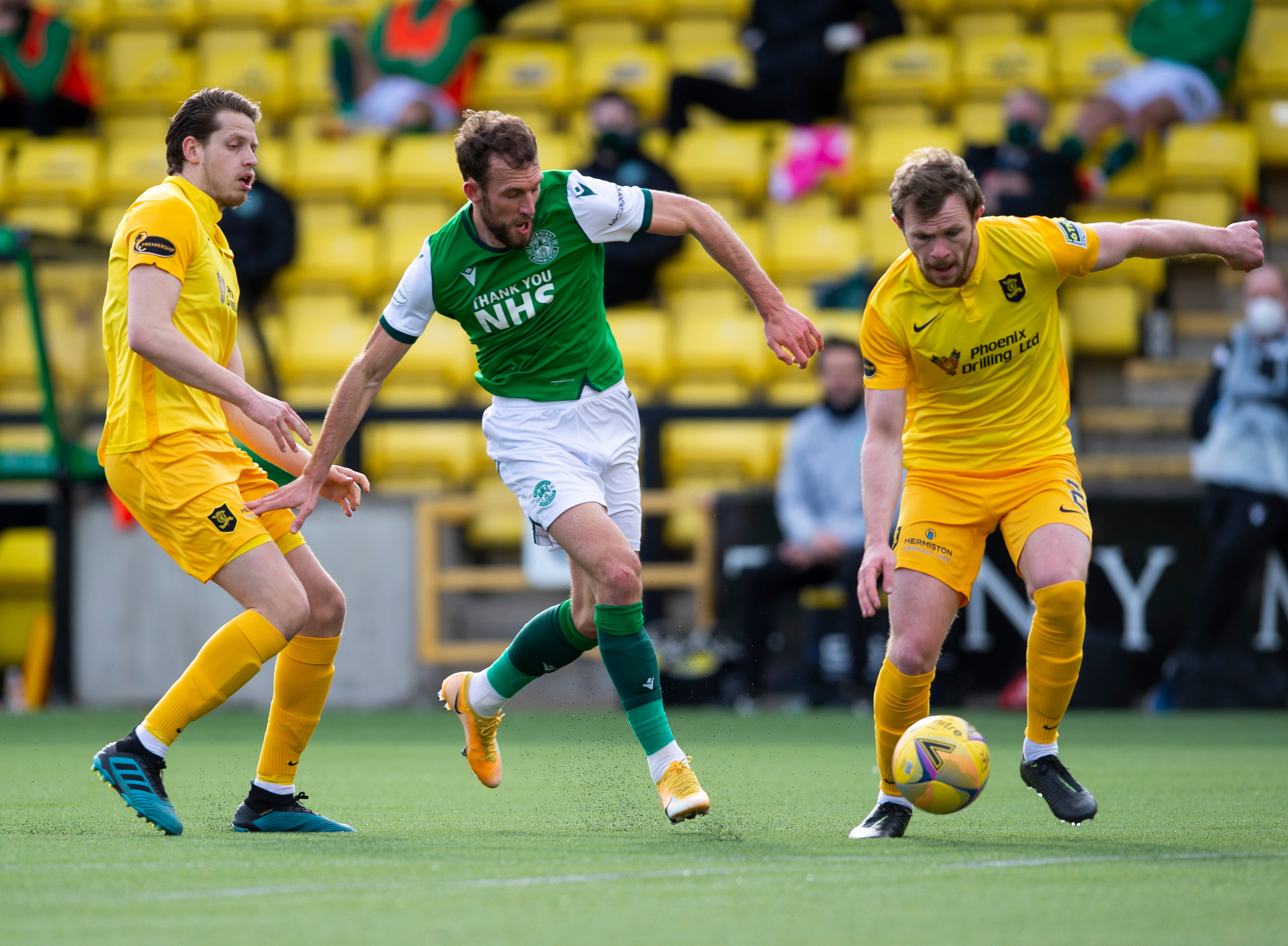 Hibs striker Christian Doidge’s scoring run continued with a double against Queen of the South at Palmerston Park on Monday night adding to his equaliser against Livingston in his previous game.

The Welshman opened the scoring with a scrappy goal just before the break then added a second after a great through ball from Joe Newell and could have grabbed a hat-trick with a late header which rebounded off the inside of the post.

Martin Boyle added a third which all but secured progression to the next round although Queens’ denied Hibs a clean sheet with a late consolation goal.

Hibs now face Stranraer in the last-16 with a home time against either Motherwell or Greenock Morton as the reward.

After the final whistle man of the match Doidge told BBC Scotland: “It was a game of two halves. The wind was really strong in the first-half and it was hard to get out but that goal just before half-time really helped us.

“Going into the second half and trying to attack every time we got it and the boys did well. We created a lot of chances and as soon as we started passing the ball about we managed to control the game.

“It was definitely the right time to score as it wasn’t really our half but to nick a goal before half-time was great for the team and it gives us a platform to win the game.

“Stranraer will be another difficult game away from home. It’s going to be hard but if we play like we did today we can get through to the next round.”

Boyle added; “It was a great counter attack from us. We try to get one v ones and try and get round the back of defenders and we did that well and I just managed to get a toe on it and it went in.

“The first-half was a bit wild. We had a bit of everything but it calmed down in the second-half and we actually got the ball down and played and we had a good performance.

“The half-time message was just to try and get the ball wide as often as possible and create one v ones and to move the ball quick and I thought we done that. Obviously we are disappointed not to keep a clean sheet but at the same time we are delighted to be in the next round.

“This is a tough venue to come to. I remember coming here in the Championship and it was a really difficult but thankfully we managed to come into the game and we played really well.

“Going to Ibrox will be difficult but we are looking forward to it. We will get back on the training pitch this week and will prepare well for it.

“Stranraer will be another tricky tie. They will want to cause a cup upset but hopefully we can produce a result like we did tonight.”