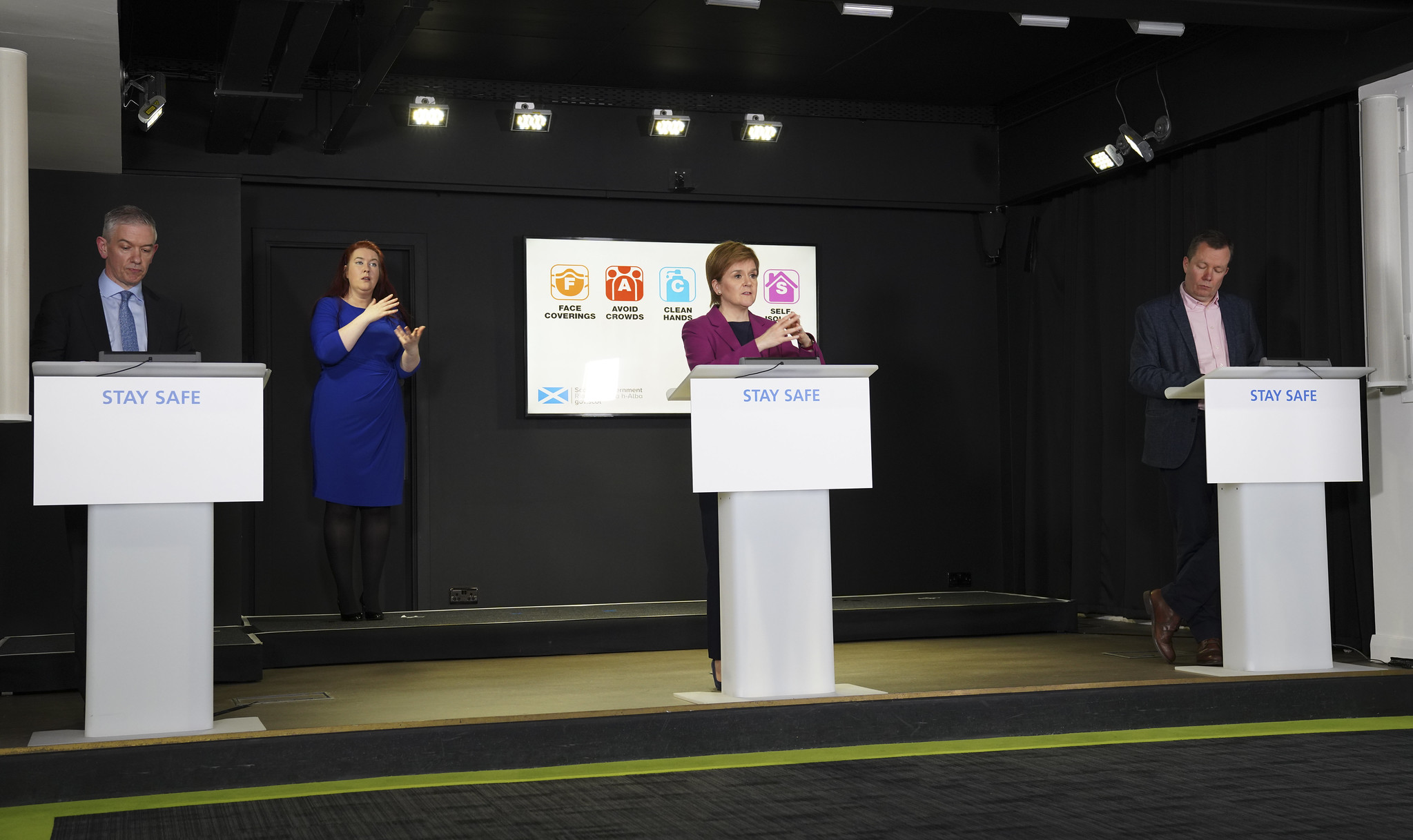 The latest figures detailing the number of people diagnosed with Covid-19 in the 24 hours to 19 April in Scotland are shown below.

There are no daily briefings unless there are major announcements in the coming weeks leading up to the election, but yesterday there was a scheduled briefing.

Last week, the First Minister, Nicola Sturgeon, announced certain relaxations of restrictions from 16 April and others from the end of April.

Yesterday Ms Sturgeon announced that as from next Monday 26 April there can be further relaxations, and the whole of mainland Scotland will be in Level Three. There is a table below prepared by The Scottish Government on what you can and cannot do when Level Three restrictions apply.

These include full reopening of retail and partial reopening of hospitality. On 17 May Scotland is expected to move into Level Two allowing people to meet indoors in small groups with a further move to Level 0 on 7 June.

The First Minister said: “We are very hopeful of seeing sustained progress in the weeks and months ahead.”

Pete Whitehouse, Director of Statistical Services, said: “This week shows another welcome reduction in the number of weekly deaths, but with over 10,000 people in Scotland dying with this virus, these figures represent heartbreak and loss for families across the country.

“Deaths from all causes are broadly in line with the five year average. And, 24 excess deaths were registered this week, which was 2% above the average for this time of year.”