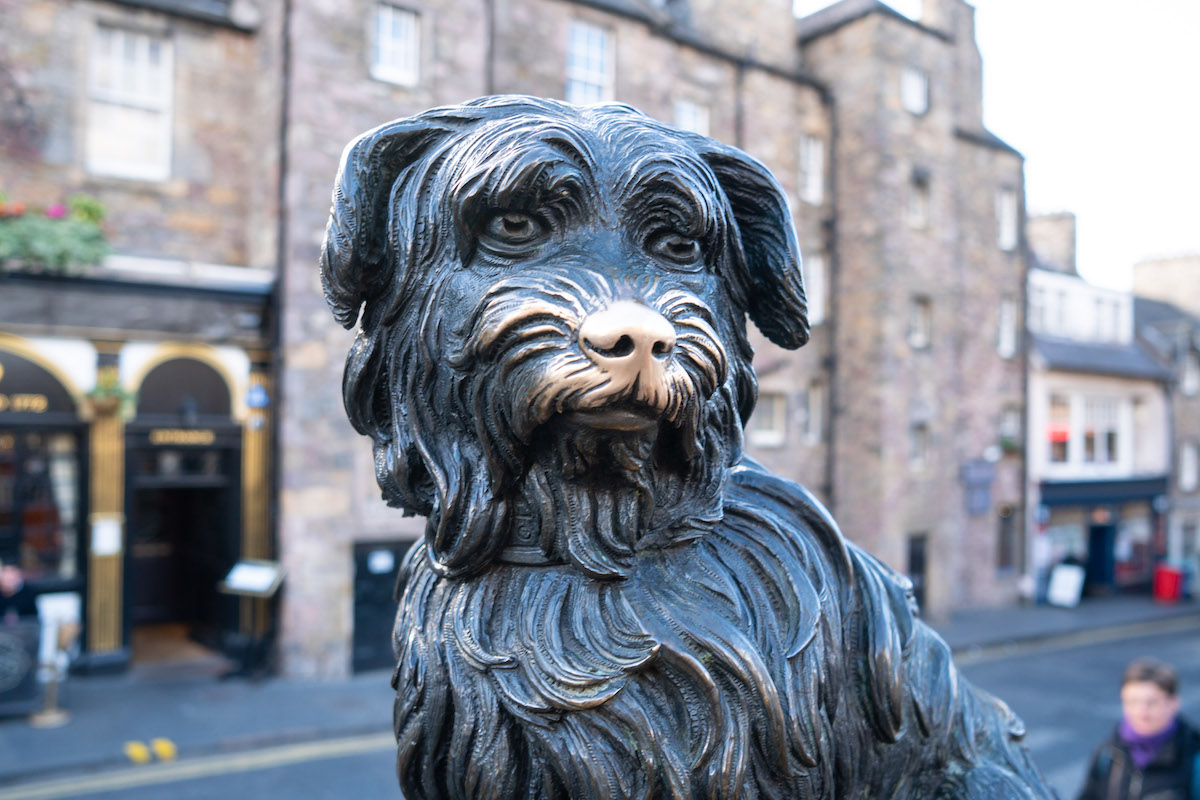 From highwaymen to superheroes, skinheads to schoolteachers, Edinburgh has been a favourite location for filmmakers for decades. Jonathan Melville selects five of his favourite glimpses of Auld Reekie on the big screen.

The Prime of Miss Jean Brodie (1969) This adaptation of Muriel Spark’s classic novel of an Edinburgh teacher and her girls found Dame Maggie Smith (Brodie) walking with her pupils along The Vennel joining Lauriston Place with The Grassmarket. Robert Stephens (Teddy Lloyd) can be seen leaving a flat on Merchant Street.

Trainspotting (1996) One of the defining UK films of the 1990s, Trainspotting’s opening scenes were shot in the centre of Edinburgh, with Renton (Ewan McGregor) and friends first seen running past Boots the Chemist on Princes Street, before heading to Calton Road and Calton Street Bridge.

Avengers: Infinity War (2018) Long before WandaVision hit Disney+, Elizabeth Olsen (Scarlet Witch) and Paul Bettany (Vision) made their way to the Old Town to film scenes for this blockbuster, along with Chris Evans (Captain America) and Anthony Mackie (Falcon). The Royal Mile, Cockburn Street, St Giles’ Cathedral and Waverley Station all get some time in the spotlight.

Restless Natives (1985) Modern day highwaymen Will (Vincent Friell) and Ronnie (Joe Mullaney) ride their motorbike around the city centre in this vintage comedy. The pair speed down The Mound, before crossing Princes Street and onto Hanover Street. Victoria Street is also part of the chase.

Greyfriars Bobby: The True Story of a Dog (1961) The story of the little Skye Terrier who spent 14 years at the graveside of his owner, John Gray, was brought to the screen by Disney in 1961. Though much of the film was shot inside film studios, the crew did come to Edinburgh for some of the exteriors, visiting Greyfriars Kirkyard and Edinburgh Castle. The small statue of Bobby outside the Kirkyard is Edinburgh’s smallest listed building.

Jonathan Melville is a freelance arts journalist and editor of reelscotland.com