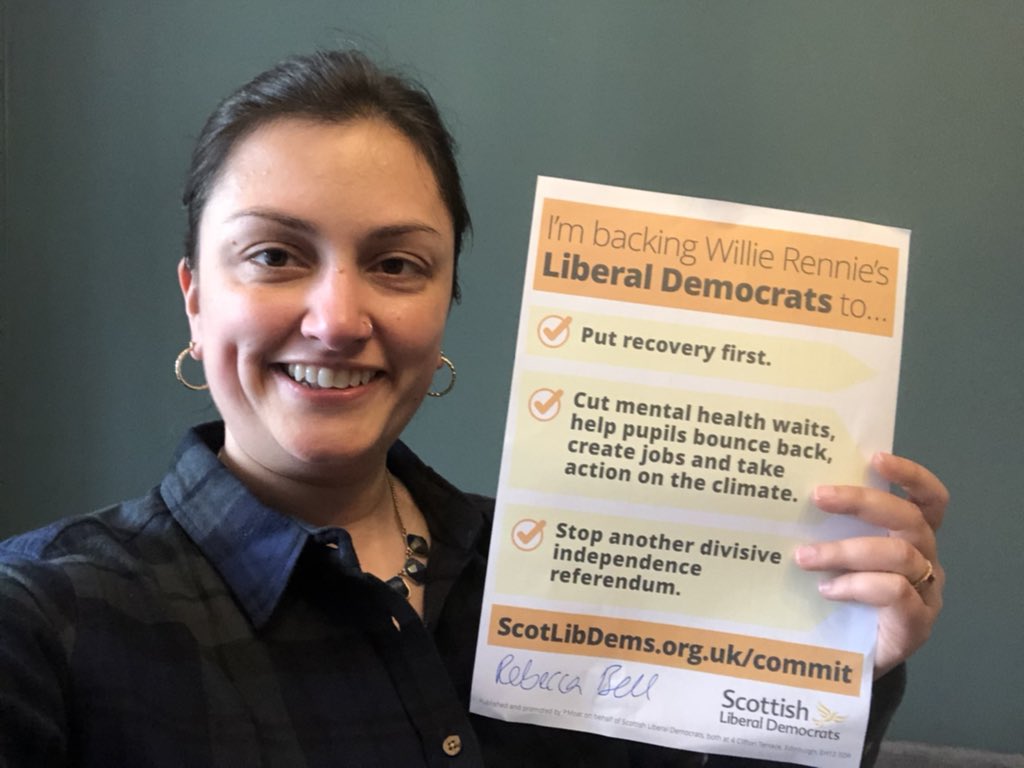 As nominations close, Scottish Liberal Democrats have announced their list of candidates for Lothian and are pledging their commitment to be all about recovery from the pandemic their number one priority.

The party submitted their nomination papers for Scottish Parliamentary election, and confirmed their candidate for Edinburgh Northern and Leith will be Rebecca Bell. She is also the mental health spokesperson for the Scottish Liberal Democrats.

Rebecca Bell said: “People are under huge pressure from the pandemic. There’s a lot of work to be done to recover from this crisis. It will not be easily done and we will need our complete focus on the project at hand.

“As an MSP, I want to focus on cutting mental health waits, a bounce back plan for education, creating jobs and tackling the climate emergency.

“After years of arguing about independence and Brexit, the last thing we need right now is another independence referendum.

“As the MSP for Edinburgh Northern and Leith, I will put the recovery first.”

Willie Rennie said: “This election is about priorities. Liberal Democrats will put recovery first. After the dreadful year we have endured, people want a needle-sharp focus on jobs, mental health, our NHS, schools and the climate crisis.

“With ten years of experience as leader I have won support for areas like mental health, education and nursery education.  For me it has always been about investing in people so they can do great things.

“For the next five years the divided nationalists will put independence first, dividing the country too.

“For the next five years I will put the recovery first, cut mental health waits, help pupils bounce back, create jobs and take action on the climate. The SNP will prioritise another independence referendum.”

The regional lists will be lead by the following Liberal Democrat candidates: