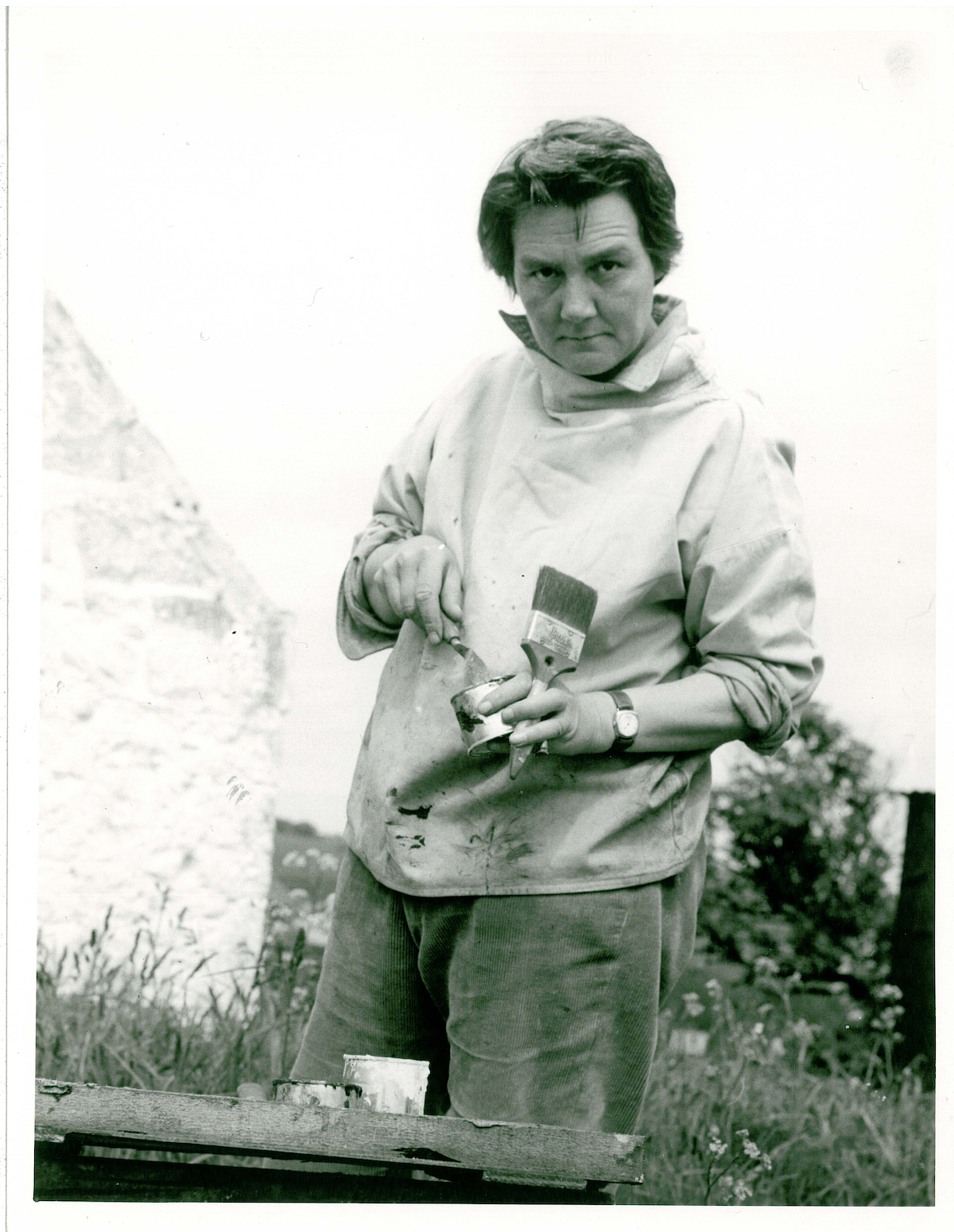 The Scottish Gallery will mark the centenary of artist Joan Eardley’s birth in partnership with Dovecot Studios who will create a new tapestry commission in her honour.

Sadly the artist, who was born in England but came to live in Bearsden with her family, died young, but her lifetime’s work makes her one of the country’s greatest talents. The family moved to Glasgow so that Eardley could attend Glasgow School of Art. The streets and children of Townhead in Glasgow and her spiritual home at Catterline on the Kincardineshire coast will all feature.

Eardley was intensely shy but was a driven, passionate artist and it is clear from speaking with Christina Jansen, Director of The Scottish Gallery, that she is also passionate about Eardley and her work. The exhibition will include the pastels and drawings for which she is known, and what Jansen describes as a

We asked about the reason for staging an Eardley exhibition. Christina explained: “Joan Eardley is too important to not do anything for and she’s too interesting to too many people. She still hasn’t received a major exhibition at the Tate in London, which is something that we would love to see. And you know, she is just an astonishing talent. It is disappointing that Glasgow is not hosting something major on her work. That was her hometown, that’s where she went to Glasgow School of Art. I don’t know when Glasgow will start to represent women artists, and but they could have started with Joan Eardley.”

Her first studio was in Townhead on Cochrane Street a slum area close to the city centre. With around 30,000 people living there she herself became a draw for the local children. They would come to ask for a warm up by the stove in her studio and would sit for her painting in return for a boiled sweet. Eardley is described as an artist anthropologist observing and not disguising the poverty. The adults were indoors working or in the pub and children played on the streets, enjoying a different childhood from youngsters today.

Christina said: “One of Scotland’s greatest and best loved painters, Joan Eardley, would be a hundred this year.

“Her death in 1963, at the age of just forty-two, from breast cancer means that we are always left wondering at what greatness and international stardom she could have achieved had she lived longer. We want to share the work of Scotland’s best loved woman artists with you; wherever you are in the world, near or far, we want everyone to be able to enjoy and celebrate this unique talent.”

The art which will be on display at the Dundas Street Gallery will be very representative according to Jansen. Although the exact content is under wraps for now, she mentioned an oil painting of a girl which will take centre stage along with a number of pastel studies and they hope to bring back some of Eardley’s works which they have sold in the past.

As well as the Scottish Gallery exhibition here there is another planned at The National Galleries of Scotland. Christina said: “This will not be a huge exhibition, but they are planning an exhibition on Catterline, which may or may not open in May. But that should dovetail in at the same time as ours. So there’ll be a number of reasons to come to Edinburgh, even if it’s by appointment, to see her work. Patrick Elliot has curated Catterline, and he’s done a sort of investigation. He’s just really gone to town on the detail and that’s going to be really interesting. We’re showing work from all of her career. And so there’ll be early works, there will be worksfrom Catterline, and works from Townhead, and we’ll put together a publication.”

The tapestry to be created at Dovecot will be made over six months and will be unveiled alongside the exhibition. It will interpret Eardley’s painting July Fields, 1959 from the City Art Centre collection. It will be woven haute-lisse using a high-warp loom at Dovecot Studios. The Scottish Gallery will feature the exhibition in its online Viewing Rooms from 28 July 2021. A catalogue containing illustrations of all the works along with originally commissioned writing and a foreword from Eardley’s niece, Anne Morrison-Hudson will accompany the exhibition.

There will also be a series of online events, films, tours and talks and using the gallery’s own website there is a possibility of enjoying a virtual tour without too many other people to distract you.