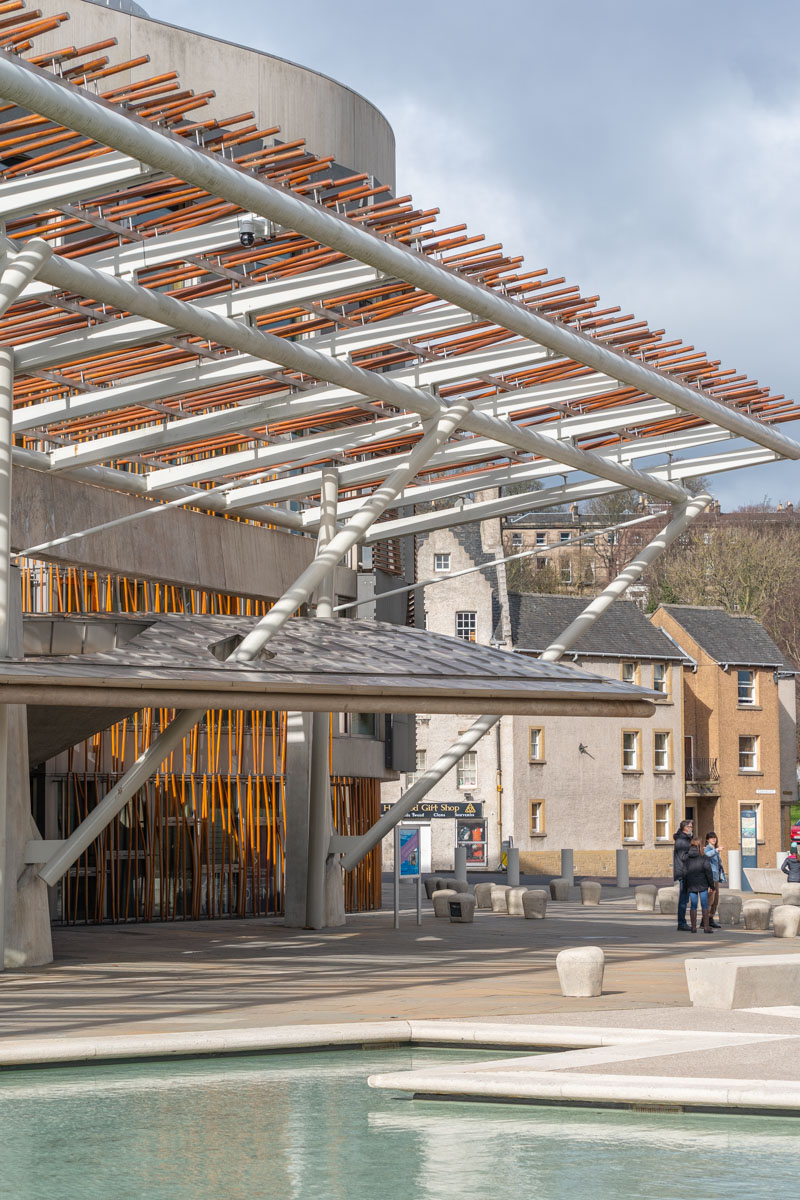 At 8.00am on Tuesday morning the report from a Scottish Government committee was published. This report was eagerly awaited, highly anticipated but the contents had been leaked ahead of time – at least the part relating to the First Minister, Nicola Sturgeon.

That leak may yet lead to sanctions if it can be determined who is responsible. A breach of confidentiality such as that contravenes the MSPs’ Code of Conduct. We spoke to a member of the committee, Independent MSP Andy Wightman, outside Holyrood on Tuesday morning.

This followed complaints by two members of staff alleging harassment by the former First Minister. Mr Salmond then raised a petition for Judicial Review against the government alleging that they had not implemented their own procedures correctly. The government conceded the Judicial Review in January 2019, costing the taxpayer over £500,000 in costs paid to Mr Salmond. The crucial factor was that the Investigating Officer, Judith Mackinnon, who was appointed by the government to look into the matter had had previous contact with the complainants. This breached the government’s own procedural requirements.

The findings include a recommendation that “The Scottish Government must have policies and procedures in place to tackle and eradicate sexual harassment in the workplace” and this: “Having robust policies and procedures in place is only one side of the equation. Equally important is that the culture and leadership of any organisation are such that people feel able to come forward. The Scottish Government must be clear about what behaviour is acceptable and not acceptable in the workplace and make sure people feel able to call out inappropriate behaviour and know their complaints will be dealt with seriously and sensitively.”

The committee set out their disquiet over failings by government to produce evidence and to be transparent. They also question the dual role of the Lord Advocate who is both legal adviser to the government and also head of the Crown Office which prosecutes crime. The members also recommended review of the powers which the parliament has to hold the executive branch to account.

The government says it will learn lessons from all of this. This is the third report issued on the subject – Laura Dunlop QC reported on the review of the government’s employment procedure and yesterday the independent inquiry into a potential breach of the ministerial code under James Hamilton also issued its report.

Deputy First Minister John Swinney said: “I welcome the report of the Committee, which, alongside the independent report produced by James Hamilton and externally led review by Laura Dunlop QC, will assist the Scottish Government’s in learning lessons for the future.

“I also welcome the Committee’s acknowledgement that the Scottish Government was motivated by doing the right thing – creating a culture and procedure for investigating any claims of harassment. I agree with the Committee’s finding that James Hamilton’s report is the most appropriate place to address the question of whether or not the First Minister breached the Ministerial Code. He found there was no breach.

“The Scottish Government has acknowledged that it made mistakes and that these led to the Judicial Review being conceded, and I know that this had a real, and damaging, impact for the women who raised the complaints. We have apologised for this and we do so unreservedly again today.

“I remain absolutely determined that the Scottish Government should ensure this does not happen again and that together we create a culture where these behaviours do not arise.

“Given the timing of the report it is not possible to respond fully and in detail, not least because the three reports have overlapping areas of interest, and some recommendations are in conflict with those in other reports.

“Together, all three reports highlight a range of important issues and provide the basis for improvement work which now be taken forward in consultation with others including the Parliament, Trades Unions, and those with lived experience.

“The Scottish Government will carefully consider the recommendations from the Committee, alongside the other two review reports, in order to put improvements and an implementation plan in place.”