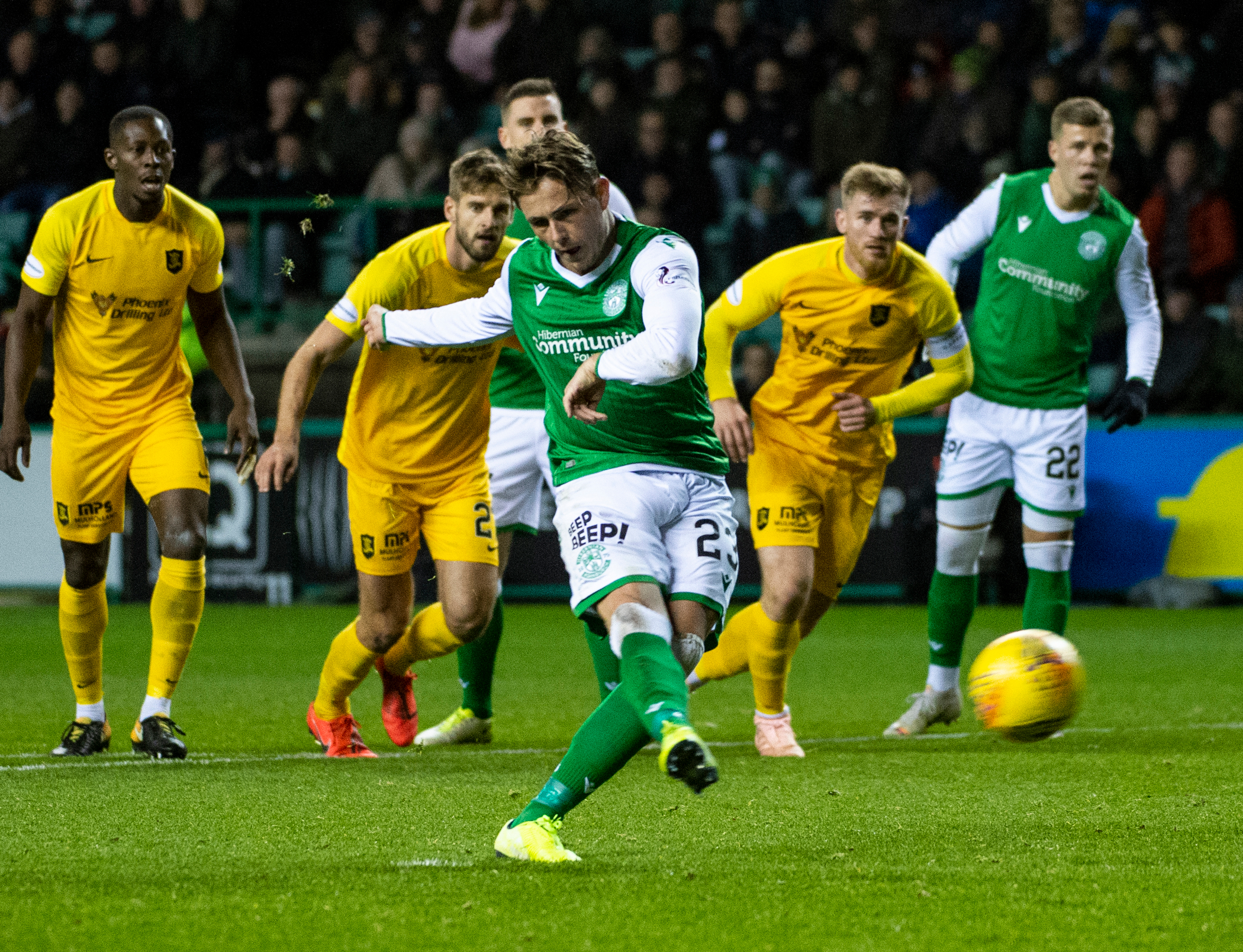 Celtic boss Neil Lennon has sent his backing to Hibs’ midfielder Scott Allan who has spoken of his recent diagnosis of hypertrophic cardiomyopathy.

The playmaker has missed the majority of the season for what was described as an unspecified health issue.

Allan returned to action as a second-half substitute at Hampden in the Betfred Cup semi-final defeat to St Johnstone and came on yesterday to replace Christian Doidge in Hibs victory over Hamilton Academical.

Prior to that game he gave a number of interviews describing how he coped with the condition and feared that he would never play football again.

Lennon was Allan’s manager for a few months when he was Hibs’ manager and he remains a huge fan of his talent.

When asked about the player Lennon responded: “I was aware of that a few months ago.It’s obviously something that’s very alarming. He’s a great kid and a great player. His health comes first and I hope he comes through this, he’s managed and looked after the right way by medical people wherever he plays.

“But it’s very shocking and of great concern to me personally because I worked with him and I know what a good lad he is.

“It’s very, very tough. I had him for four or five months at Hibs and he was fantastic. He was a brilliant player for me and I really enjoyed working with him.

“He loves his football, he’s another player who has a great appetite for the game and is easy to manage. I’m in contact with him now and again, I’m very close to him and you want him to be healthy and well going forward.”