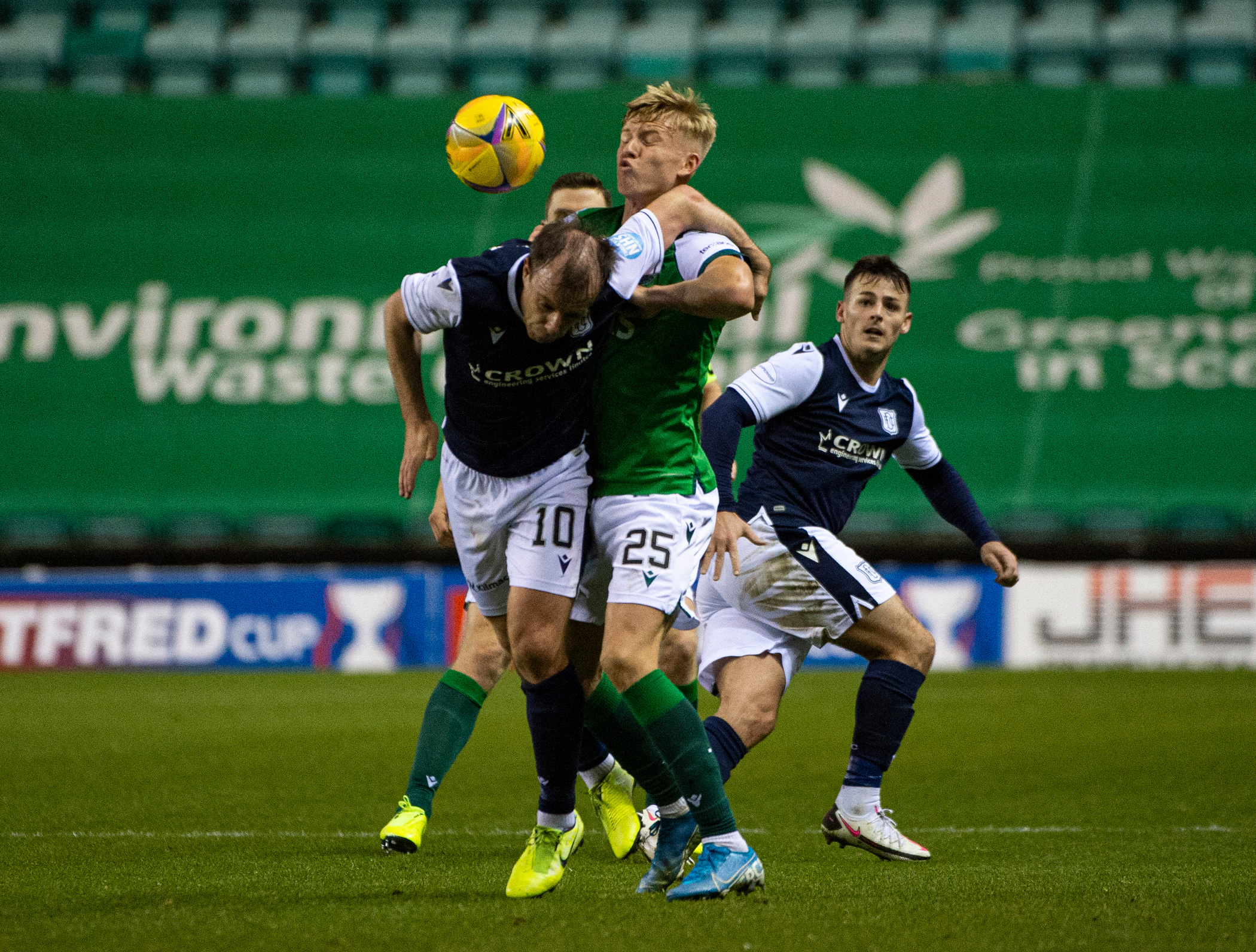 Hibs promising young left-back Josh Doig has agreed a new long-term contract with the club which runs until the summer of 2025.

The 18-year-old Academy graduate is  regarded as one of the brightest emerging talents in the domestic game and has caught the attention of some of the giants of English football.

Last week he scored his first goal for Hibs in the 2-0 victory over Hamilton Academical and he was named in the SPFL Team of the Week.

Doig told Hibs TV: “I’m grateful for the new contract and the club’s faith in me.

“This season’s gone better than I could have hoped for and it doesn’t seem that long ago that my family were with me at the training ground to sign my first professional contract.

“I owe the gaffer, the backroom staff and my team-mates a lot for giving me the opportunity to do what I love and for helping me whenever I’ve needed it.

“I’ve said it often enough, but I get unbelievable support from the senior players here. A young player couldn’t wish to be in a better dressing-room.

“I said when I signed the first professional contract that it was an important step, but it was only one step and the same applies to this one.

“I know what I want to improve on, and I want to do whatever it takes to stay in the team and make sure we have a strong finish to the season.

“I’ve still not really had the chance to play in front of a full Easter Road or experience European football. If we were able to do both next season it would be another dream come true.”

Head Coach Jack Ross said: “I’m delighted that Josh has taken the decision to sign a new contract and I think it’s testament to the belief that the players have in what we’re trying to build here.

“He’s deserved all the plaudits that have come his way because he’s worked so hard on his game and he is a pleasure to coach.

“My job is to continue to improve him, on and off the pitch, because I think we’re just scratching the surface of his full potential.”

“It was around a year ago that he signed his second professional contract before going on loan to Queen’s Park and his progression since joining in pre-season with the first team has merited another revision of his terms.

“Full credit goes to Jack and the staff group for how they continue to work with Josh in all aspects of his game and he is an example to all young players that rewards will come when you apply yourself fully as he continues to do.

“We are all excited to see where his talent and potential can take him in the future. I have no doubt he’ll be involved in many other memorable moments in the green and white.”