AN HISTORIC trust’s bid to grow ancient crops on the fields of a famous battle has been rejected by the local authority.

The Battle of Prestonpans Heritage Trust has said it is “disappointed” by the decision by East Lothian Council, which had invited tenders to farm the fields.

It is the second time that the trust has lost out in a bid to take on the fields.

Former East Lothian MP John Home Robertson had backed the bid by the trust, who wanted to brew medieval ale by growing ancient bere crops on part of the fields, as would have been grown at the time of the battle in 1745.

The trust lost out to sprouts when the fields were first offered for lease by East Lothian Council two years ago after it tendered a bid below the asking price.

The council took ownership of four fields covering 45 acres of agricultural land when it bought the former Cockenzie Power Station site and surrounding land in 2018.

One of the fields is recognised by the battle trust as the burial site for soldiers from the historic Jacobite victory in 1745 and it has been keen to farm it for a number of years, recreating traditional harvest from the 18th century.

The trust also hoped to grow spring barley which would provide grain for livestock feed or malting for the distilling industry on the fields and use the project to engage with local schools and youth groups, as well as the chance to stimulate increased interest in agriculture as a career choice and foster knowledge of local food sourcing.

A spokesperson for the trust said it had been informed it had not been the successful bidder for the fields.

They said: “We’re disappointed that our bid hasn’t been successful this time but will continue to work towards recreating the agricultural landscape of 1745 as a sustainable green lung for the community.

“This is part of our ambition to mark what is one of the country’s most significant historical sites – encouraging greater awareness, access and understanding of the Battle of Prestonpans and the way it continues to shape our world today.

“In the coming year, we will be launching a major fundraising campaign to build a world-class living history centre on the battlefield site and have already secured the land for this.”

The Battle of Prestonpans was the first major battle of the last Jacobite Rising.

The battle took place in fields between Prestonpans, Tranent, Cockenzie and Port Seton in East Lothian.

The victory was a huge morale boost for the Jacobites and, despite their ultimate defeat the following year, the battle left an important cultural legacy.

In recent years, the trust has installed new monuments to the fallen, commissioned major tapestries, opened a micro-museum, and developed on-site and digital interpretation for the battlefield, whilst touring its exhibitions around the world.

The trust is working towards the launch of a world-class living history centre by 2027 on the battlefield site as a way of permanently institutionalising this activity and creating a statue of Jacobite leader Bonnie Prince Charlie.

A spokesperson said for East Lothian Council said: “We can confirm that the crop field in Prestonpans has been leased to a preferred bidder in line with the terms and conditions stated in the advertisement of the lease opportunity. All applicants have been informed of the outcome.” 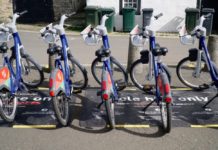 East Lothian Council to mothball a number of public buildings