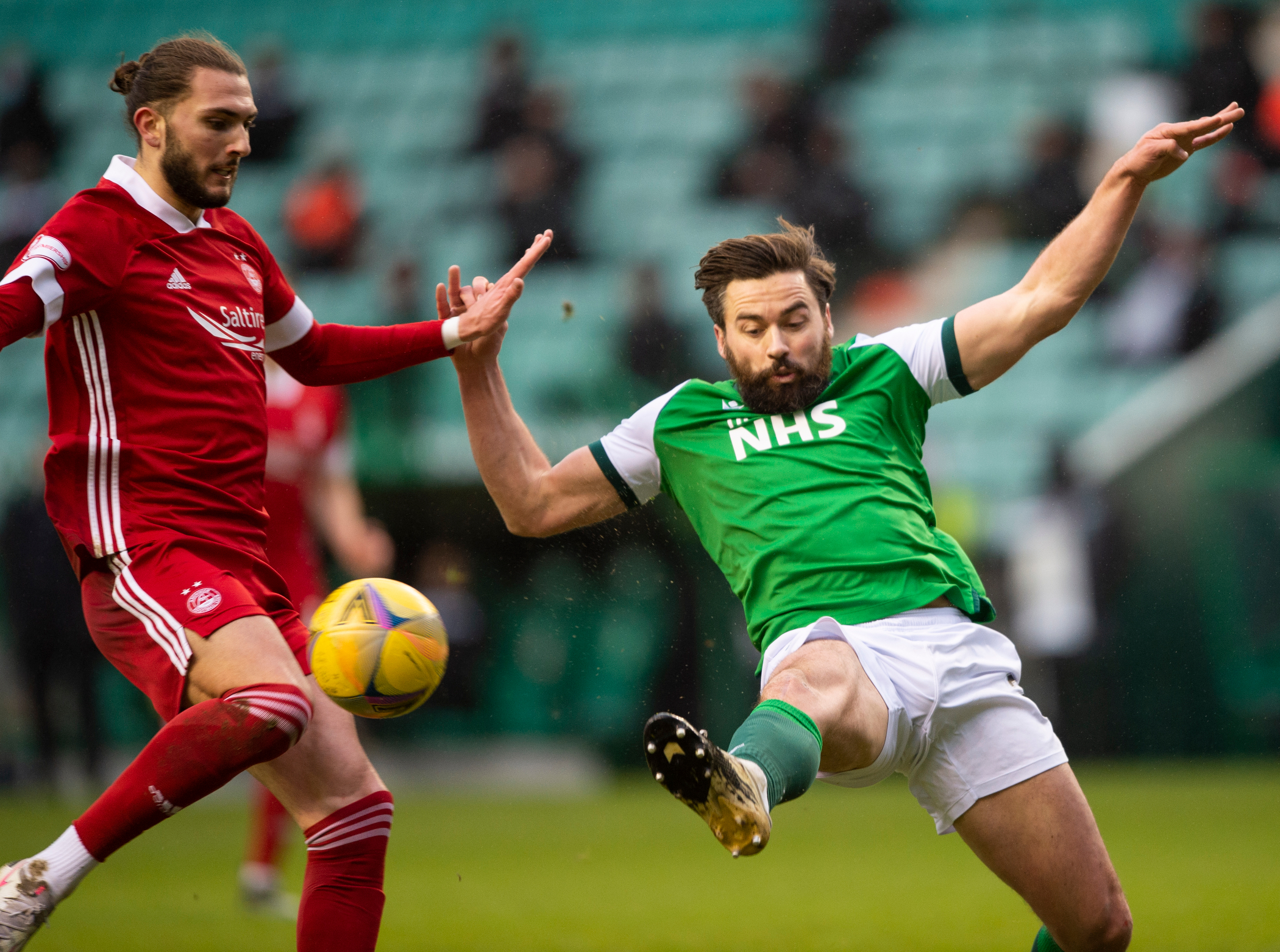 Hibs’ defender Darren McGregor says that he had to ‘park his selfishness’ and support the team while he was sitting on the substitute’s bench at the start of the season.

Hibs’ defenders started the season on top form with Paul McGinn, Ryan Porteous and Paul Hanlon all achieving international recognition along with teenage left-back Josh Doig who played for the Under-19s.

McGregor had to be content to play in the Betfred League Cup games which were played during international breaks but he finally found himself in the side against his former club and champions’ elect Rangers. An outstanding performance resulted in his keeping his place ahead of Ryan Porteous who was the subject of a big money bid from Millwall during the January Transfer window.

Speaking at the pre-match press conference ahead of the game against Ross County which has since been postponed, the 35-year-old said: “It is difficult when you are out in the cold, looking from the outside in, but you need to park your selfishness and just try and support the team so basically in the middle of June when we started pre-season training up until that Rangers game I was working in the background and training every day.

“It’s great when the team is winning but it’s not quite the same when you are not involved so I’m just delighted to be back playing.

“I was lucky enough to get a contract which enables me to do coaching, but unfortunately I’ve not  been able to do that at the moment due to the pandemic and stuff. I don’t need a title to be a mentor, I will always help the younger guys and give them the best possible advice. I am halfway through my A-License, ticking boxes in the background, but I find it very hard to commit to something else when I feel I have so much to give.”

“I am sure the manager or the fans will tell me when they have had enough of me, but at present, I am enjoying every single week. I still enjoy coming in and I do exactly what’s asked of me and I still feel I am contributing, so until that day comes where I feel like I am not, then I will just keep going.

I just had to sit on the sidelines and wait for my chance then the gaffer (Jack Ross) decided to put me in and I think I have done well enough to keep my place but with Potro (Ryan Porteous) the speculation is warranted because he is a top player.

He is miles and miles ahead of me  so it is just about his reaction in times like this, how he reacts in a positive manner and that will stand him in good stead for later in his career because he has a great career in front of him, he just needs to keep learning and progressing, and if he does, I have no doubt he will be a top, top player. He is a product of the Hibs’ Academy and to produce a player like him every couple of years shows there is not a lot wrong.

“These younger guys should know, and I think they do, that it is hard work which gets you there. You can take your eye off the ball when you start thinking about this team or that team wanting me, then it can affect your current form, and the chances of you leaving.

“It is just about staying grounded and to be fair every young guy in this academy I have spoken to are. They deal with the here and now, which is the way you get moves in football.

“I am sure there will be opportunities for these guys, but first and foremost they are at Hibs. They need to work day in and day out to be the best person they can be, then the fruits of their labour will show in years to come.

“Josh (Doig)  is similar to Porto in that he has a bit of steel and grit to him. He’s tenacious and aggressive and that’s what you want and that’s coupled with technical ability. His time will comebut it’s hard work that will get you there.

“John McGinn came here and had a wonderful few years. He has kicked on again because he has the same attributes I see in Josh and Ryan. There will be opportunities for these guys.”