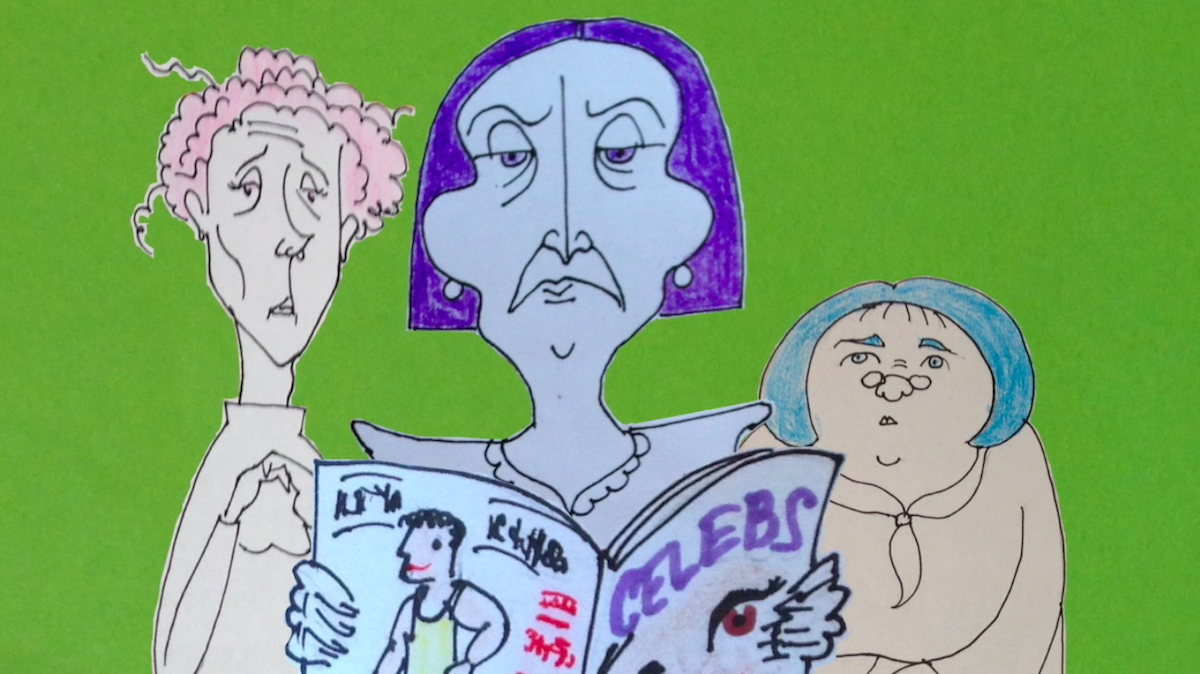 Following positive feedback for their contribution to the digital fringe festival last August, Three Chairs and a Hat return to the screen for the winter season of Online@theSpaceUK, with HAGS, a short taster of Nia Williams’s new musical ‘Lady M’, and a glimpse of the company’s new venture into animation.

The video features two songs from the show, performed here by the composer, and illustrated with her cartoons and animations.

Williams said: “This is a completely new direction for Three Chairs and a Hat and one which we probably wouldn’t have explored if it hadn’t been for the constraints on performance imposed by the pandemic.”

Plans are underway for a fully animated version of the musical, featuring actor Susanne Hogson and directed by Alice Evans, as a digital companion piece to the stage show.

Williams continued: “We turned to animation and puppetry from necessity, but are now finding that it’s informing and influencing the live show, so we’re excited to see how that will develop.”

Lady M is loosely based on Shakespeare’s iconic character Lady Macbeth, and tells the story of an online life coach with a dodgy past.

Two reflections and a song about friendship, loss and hope

Following great feedback for their contribution to the digital fringe festival last August, Three Chairs and a Hat return to the screen for the winter season of Online@theSpaceUK, with THREE STAGES, featuring two poems and a song written about the sudden death of a friend.

Nia Williams, founder of the company, wrote the material, and is joined by singer Matthew Allison in the performance. The poems and song were inspired by Nia’s friendship and working relationship with mezzo soprano Rebecca Allison—Matthew’s mother—who died in 2016 after contracting sepsis.

‘It’s a very personal video,’ explains Nia, ‘and I was particularly unsure about making the poems public, as they were written soon after we lost Becca, as a way of expressing both my grief and my gratitude for her friendship. But so many people have faced sudden bereavement this year particularly, I hoped it might resonate with some viewers. And having Matt involved, and showcasing his beautiful voice, was the deciding factor. Becca would have been thrilled to see him perform.’

Three Chairs and a Hat are also contributing HAGS to the winter festival, which features two songs from Nia’s forthcoming musical ‘Lady M’.

Three Chairs and a Hat was established by Oxford-based musician and writer Nia Williams (www.niawilliams.com), whose staged, published and broadcast work includes musicals, novels and short stories. The company made its Edinburgh Fringe debut at the Space on the Mile in 2019 with her four-star musical Verity.
Apart from her writing, Nia works as a pianist, musical director and workshop-leader, and is an associate artist of English National Ballet.

HAGS and THREE STAGES can be watched at online.thespaceuk.com and is available to view free of charge from 8th to 31st January.