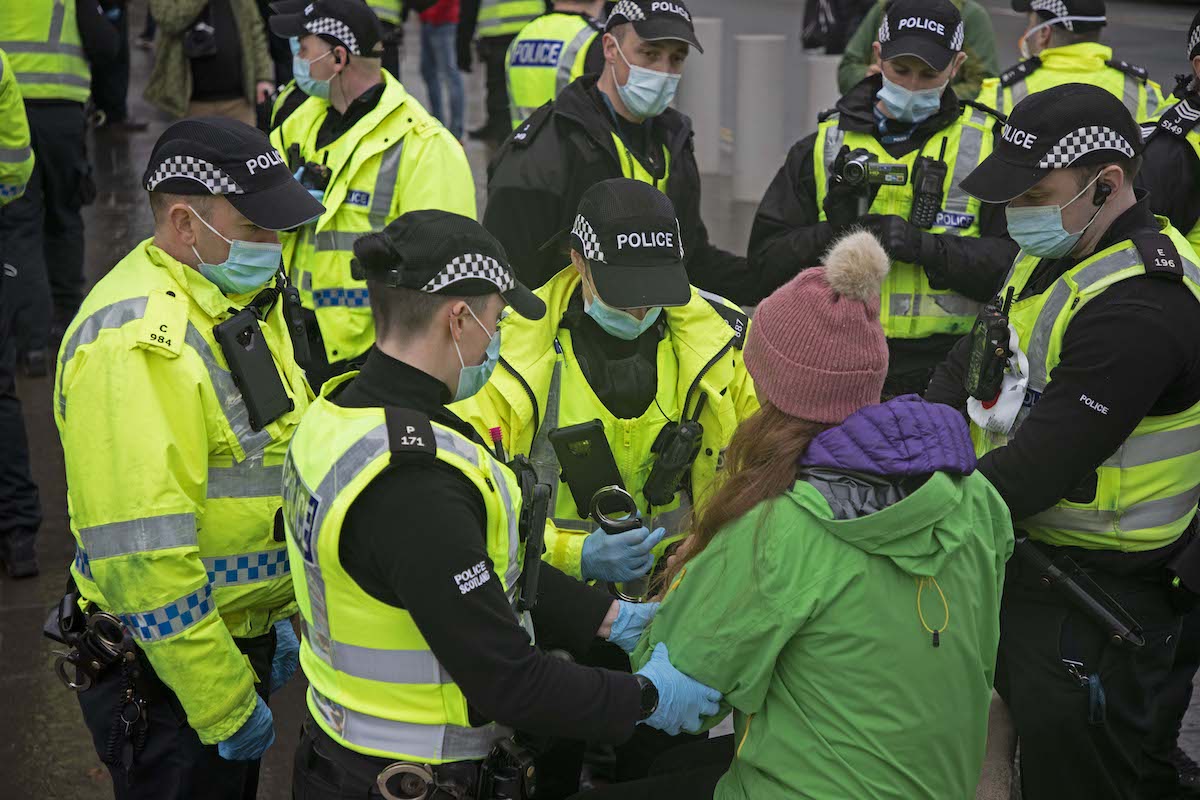 Despite warnings about gathering at Holyrood to stage a protest against lockdown measures, a small number of people did gather there on Monday.

Police Scotland are reporting this evening that four people have been arrested and charged with alleged breaches of the laws around coronavirus and public gatherings.

Two women were taken away in police vans, and others were warned they would be fined if they did not leave. There were angry exchanges between police and protesters about the illegal gathering by Scotland against Lockdown.

A police officer is heard advising that as the women did not move on following a warning they would receive penalty tickets, then they are seen, apparently handcuffed, being moved towards police vehicles. The other woman shouted loudly that she was being kidnapped, which was countered by a woman police officer who told her she was not being kidnapped.

Police Scotland officers, some from Glasgow, were also gathered in significant numbers in Charlotte Square, but none of the protesters against the lockdown reached the West End. The advertised Scotland March for Freedom did not take place.