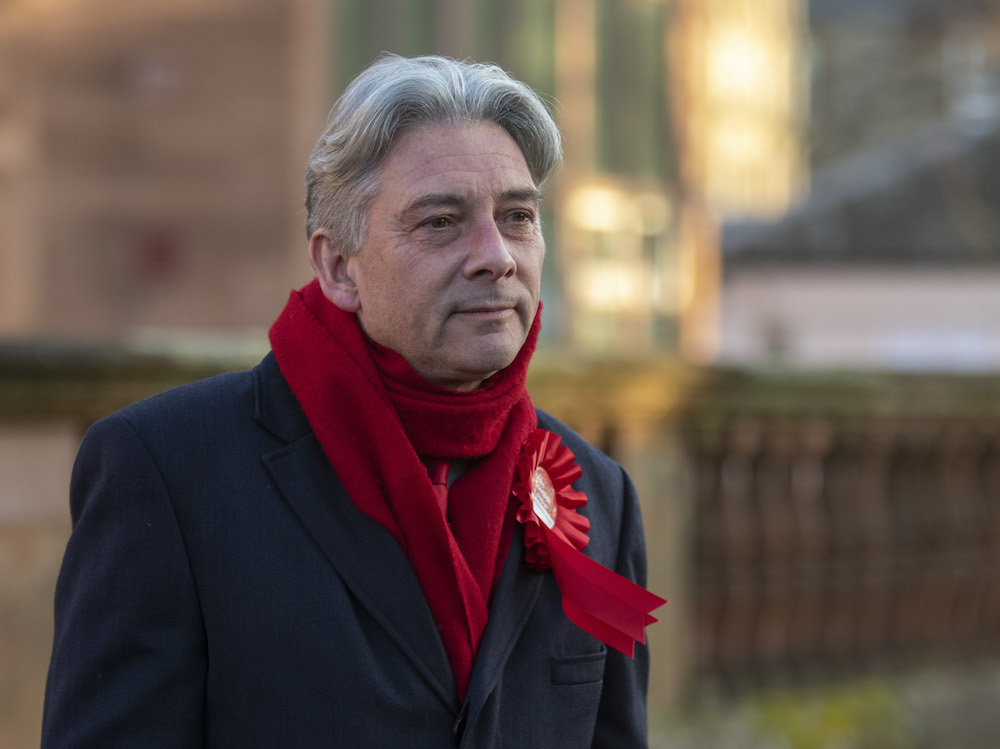 The full story is here.

Scottish Labour Scottish Executive Committee chair Cara Hilton said:”Richard Leonard has led our Party with principle and integrity in the most challenging of circumstances.

“As a campaigning opposition leader, he has developed a strong policy platform and forced the SNP government to accept the case for a National Care Service.

“While working hard to hold the SNP and Tory governments to account, he has always been generous with his time and support for all aspects of our party activity. On behalf of the SEC and the entire Scottish Labour Party, I would like to thank Richard for his service. I look forward to working with him in the future.

“The Procedures Committee to oversee the election of a new Scottish Labour leader has now been formed and will hold its first meeting tomorrow and the Scottish Executive Committee will meet in the coming days to agree a timetable for electing Richard’s successor.”

Scottish Labour interim leader Jackie Baillie said: “I thank Richard for his service to our party and his genuine commitment to the values we all hold dear.

“Scottish Labour has set the agenda for Scotland’s recovery from the pandemic, forcing the SNP government to commit to a National Care Service and a youth jobs guarantee. We face the fight of our lives in the run-up to the 2021 Scottish Parliament elections. But as we fight for every vote and seat, we will come together to hold the SNP and Tories to account for their record of failure.

“I know Richard will continue to work hard to campaign for a Scottish Labour government as an MSP, and as our lead candidate in Central Scotland in the Scottish Parliament elections.”

SNP Depute Leader Keith Brown said: “This will have been a difficult decision to make. On behalf of the SNP, and on a personal level, I sincerely wish Richard Leonard all the very best for the future.

“He clearly understands that voters in Scotland don’t want a Labour party which lines up behind Boris Johnson and signs up for a hard Brexit which threatens Scotland’s economy and future prosperity.

“Unless Scottish Labour stop parroting Tory anti-independence rhetoric and start listening to the democratic wishes of the majority of people in Scotland – who believe that decisions should be made by governments entirely elected in Scotland – they will continue to alienate even their own supporters and slide further into irrelevance, regardless of who leads them.

“While Labour focus on their internal divisions, the SNP will spend the next months defending and promoting the interests of Scotland ahead of May’s election.”

“Scottish Labour could now field an entire football team of former leaders and acting leaders. The party has spent almost the entire devolution era fighting among itself, all the while letting down Scotland’s working class communities.

“Many Labour members have understandably become utterly disillusioned with their party’s constant infighting. I’d urge those members to take a look at our plans for a Green New Deal for Workers, for public ownership and for tenants rights and consider joining us as we fight to build a better Scotland.”

Richard Leonard was a former STUC official. Scottish Labour TSSA General Secretary Manuel Cortes said: “Richard has led Scottish Labour through unprecedented times, scoring successes in notable areas such as the Period Poverty Bill, and securing public inquiry into the treatment of care home residents during the COVID pandemic. He has been a true friend to the trade union movement and a tireless campaigner for ordinary working people.”

“I am sorry to see Richard go. I would like to thank him for his work on behalf of the workers of Scotland, and wish him well for the future.”

Gordon McKay, chair UNISON Scotland Labour Link said: “UNISON Scotland Labour Link want to pay tribute to Richard Leonard following his decision to stand down as Labour Leader in Scotland. Richard has spent his working life supporting the issues that are at the heart of UNISON: public services, fair pay and social justice. UNISON thank him for being a champion of public services and public service workers, the people who have held our country together in the last year.”