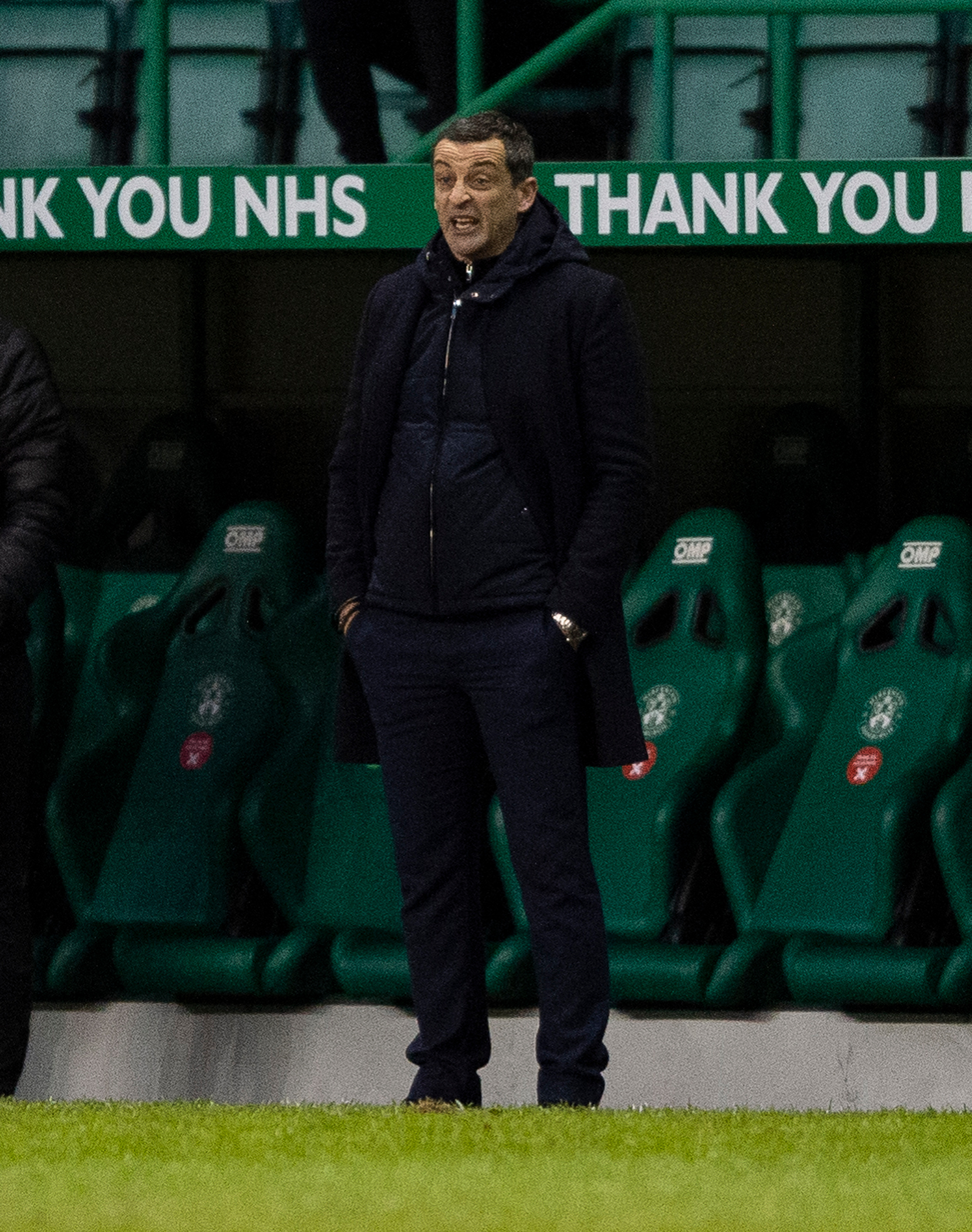 Hibs’ Head Coach Jack Ross was delighted with victory over Kilmarnock yesterday and in particular the clean sheet after two disappointing home defeats to Ross County and Livingston.

The three points mean Hibs leapfrog Aberdeen into third place and the defeats were put into perspective elsewhere yesterday with Livingston drawing at Parkhead and Ross County beating the ‘Dons 4-1 in Dingwall.

Ross was particularly happy with the goal and performance of Alex Gogic and the contribution of teenage left-back Josh Doig.

Hibs now face St Johnstone at Hampden next Saturday in the semi-final of the Betfred League Cup before champions elect Rangers arrive in the capital.

Speaking to Hibs TV after the final whistle Ross said: “I’m pleased with the win. We had the disappointment of the last two games at Easter Road and it was important that we got back to being solid and difficult to score against and we were that today.

“We limited Kilmarnock to few opportunities and created more ourselves and I think we deserved on the balance of play to win it.

“It was a difficult afternoon condition wise for everybody and I think we spoke at half time about playing the conditions better and we did that in the second-half.

“Their honesty and work this season is something I have spoken about regularly and the memories of the last two games here were still there.

“I though Josh (Doig) played the conditions better in the second-half and made a telling contribution for the goal and I think that he should have had a penalty. He’s growing all the time with his confidence and belief and the stature that he has got. I’ve spoken about Lewis’ (Stevenson) supporting him and helping him and we have used him sensibly this year but at the moment he is playing on merit.

“I’m delighted Alex (Gogic) got on the score sheet because he is so honest in his work and he does a lot of the ugly side of the game very well and in this type of game today and his contribution was clear.

“ You need that type of competitor within the game and he did that throughout the second-half and I would love to say that he scores goals like that in training but I haven’t seen that so it was a nice moment for him to get his first for the club.”