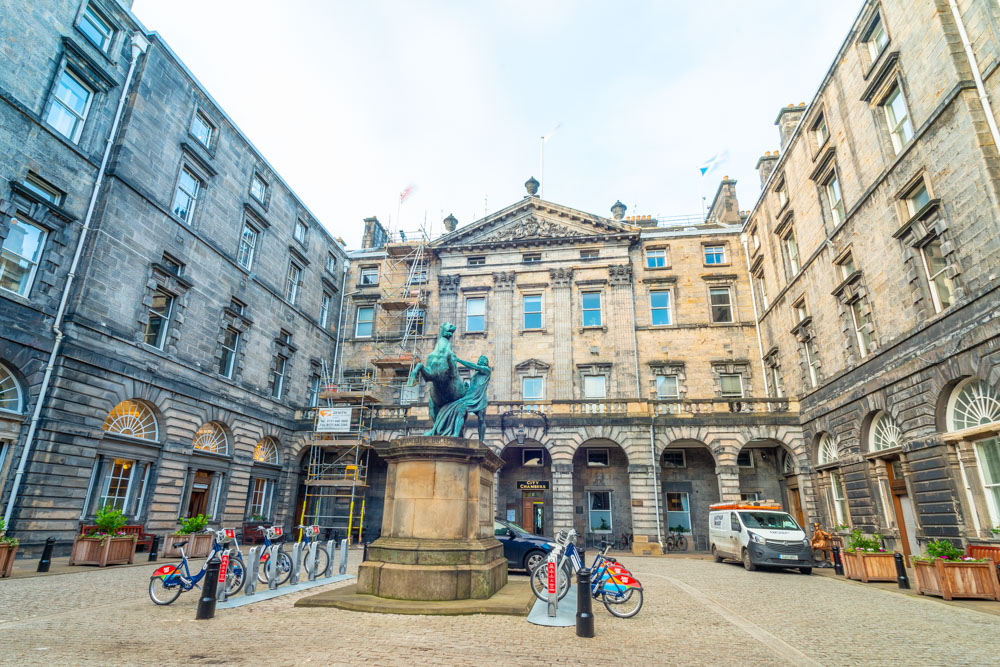 One of The City of Edinburgh Council’s highest ranking directors has been awarded a prestigious award by his professional body.

The Chartered Institute of Personnel and Development (CIPD) recently announced its Chartered Companions for 2020. This is an award of the highest order, and it has been bestowed upon Stephen Moir the Director of Resources with the council since 2017.

The CIPD explain what makes someone good enough to be recognised in this way:

“We’re looking for individuals who through their careers have made a positive impact for the profession and our purpose of championing better work and working lives.

“A great Chartered Companion will have made an outstanding contribution against one or more of the following areas:

The Resources section, led by Mr Moir, is according to him ‘the bit that glues the rest of the council together’. This is the part of the council organisation which looks after people, HR, finance, procurement, IT, buildings and legal and risk issues too. It is also the department which deals with council tax and business rates collection. It is a huge remit with a mix of professions working in a department which is part of a local authority delivering over 700 public services.

One of the parts of his role covers the payment of business support grants for Edinburgh businesses and also those in Midlothian too. The City of Edinburgh Council normally processes non-domestic rates for Midlothian so it made sense for these payments to be handled in Edinburgh. And in one example of people rising to the challenge of the pandemic, one of the teams who would usually have processed parking fines were retrained in processing the business grants funded by The Scottish Government and administered by the council.

Mr Moir explained a little more about Resources. He said: “This is the part of the council that often people don’t see. We work behind the scenes except perhaps for our Customer Contact team who manage all the welfare and benefits services. It also includes the people who manage the EdinHelp Twitter account who are always online. I am also responsible for all the facilities management teams – meaning all of the cleaners, caterers and all the people who have been keeping schools safe and open since last August.

“I am very proud of my teams and the work they do. They don’t always get the credit and the public recognition for that good work. Nothing happens without everybody working together.”

The CIPD has recognised Mr Moir for the strategic leadership he has shown all the way through his career in HR and managerial roles in local, regional and national public sector organisations.

Stephen told us: “This is a very prestigious award and very unexpected, if I am honest. The CIPD has around 150,000 members globally and they haven’t actually had companions for quite some time. They just restarted the process in 2019, and there are probably under 100 Companions now.”

The CIPD will give Mr Moir a certificate to mark his honour which he says really recognises the great people he has worked with and the great teams he has been part of over a number of years. He said: “It is lovely on a personal level, but I have been very lucky to work with some brilliant HR professionals, and I have learned from some brilliant people over the years.”

His work as the HR Director for NHS England, where he championed the creation of a national HR professional development strategy, the NHS HR Graduate Management Training Scheme and then leading the first Aspiring Directors of HR talent programme was all mentioned in the recognition.

Stephen has continued to support improving people management and development approaches since joining the council and has been heavily involved, as the Corporate Leadership Team sponsor, in the council’s work to help Edinburgh to become a more inclusive and diverse employer.

Stephen said: “I was very humbled to find out I’d been both nominated for and awarded the highest level of CIPD membership. People management and development has been central to my career since starting out as a temporary Job Analyst in Lothian and Borders Police back in 1996.”

While we were speaking to Mr Moir we quizzed him a little about the reopening of schools and all the other public buildings like libraries and community centres. Some of these have never reopened since March last year and we asked why not. Stephen explained: “The absolute priority for the council has been to keep schools open and keep them safe. Clearly that has meant enhanced cleaning regimes. There have been more cleaners move from other parts of the council estate to help in the schools and we’ve also had to introduce some additional regimes. That means electro-static cleaning or fogging which has been introduced to schools. So we have fewer people available for other buildings – it is a constant balancing act.”

The new national lockdown has meant the closure of everything again, but Stephen explained that the council would very much like to reopen local facilities again as soon as they can, but importantly the buildings must be safe and also properly staffed.

Not many council staff have been furloughed. Stephen explained: “We are different from a number of employers. Other than a small number of people compared to the whole council workforce we have not had many staff on furlough. Most people have been working from home. I haven’t been in my normal workplace since last February now, and that is true of a lot of other people in my teams and in others.

“But at the same time we have had people going into schools before they reopened last year doing all the maintenance checks, making sure all the systems are working.”

A career public servant, Stephen has worked in a range of HR and managerial roles across local, regional and national public sector organisations. Before joining Edinburgh, Stephen was the Chief People Officer for NHS England. During his time at NHS England, Stephen provided HR leadership to enable the establishment of the new national body in 2013 and was instrumental in creating the conditions for more than 160 predecessor bodies to be successfully integrated into a single organisation, providing leadership to the NHS in England. As the Head of Profession for HR in the NHS, Stephen championed the creation of a HR professional development strategy and a national specification for HR Directors, which included CIPD accreditation as an essential requirement for the first time. He also sponsored the NHS HR Graduate Management Training Scheme and the creation of the Aspiring Directors of Workforce talent programme.

Stephen has been a Non-Executive Director for the CIPD, as well as previously a columnist for People Management magazine, and is a Past President of the Public Services People Managers Association (PPMA), actively promoting the role and positive impact of the HR profession over a number of years.