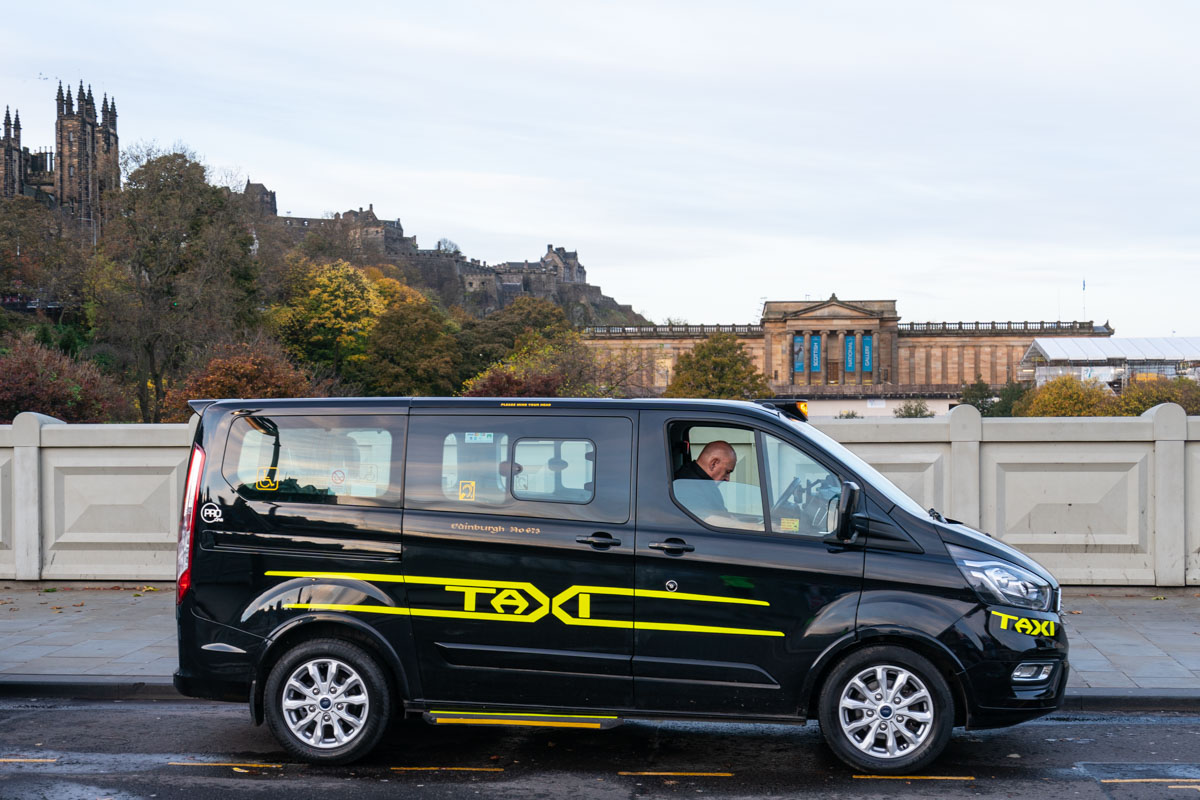 The Scottish Government announced business grants for taxi drivers earlier in the week, which were given short shrift by the drivers and their union representatives.

The difficulty arose that any driver who has had to resort to claiming Universal Credit (UC) might not be eligible for a grant aimed at helping with fixed costs. The grant might be considered income and so reduce any claim for UC.

Now the government has amended the criteria and say that taxi and private hire drivers who have received state benefits at any time since March last year will now be eligible for a £1,500 business support grant as long as they meet the remaining criteria.

It seems that the change is now welcomed by taxi drivers in Edinburgh.

Business Minister Jamie Hepburn confirmed that the change would come into effect immediately to ensure that drivers on the lowest incomes can access support.

Mr Hepburn warned that UK Government Universal Credit rules mean that drivers could lose out overall if the grant is considered to be income by DWP. However, the change will allow people to make a decision based on their individual circumstances.

The Minister has written to the Secretary of State for Work and Pensions requesting a guarantee that taxi drivers in receipt of state benefits would not be penalised for receiving the grant, which is intended to cover fixed business costs.

Councils will start contacting eligible drivers this week to brief them on their potential entitlement and ask them to provide supporting information and bank account details. They do not need to apply, or contact the local authority.

Mr Hepburn said:“This week local authorities will directly approach an estimated 38,000 private hire and taxi drivers inviting them to claim this grant, which is intended to assist with fixed costs and expenses.

“We have responded to the concerns of drivers and we have removed grant conditions relating to state benefits. However, we remain justifiably concerned that any payment would simply be deducted from an applicant’s benefits. That is why I am urging the Secretary of State to do the right thing by drivers on the lowest incomes.

“Without a change by the UK Government, making these payments would benefit the Department for Work and Pensions budget, not the drivers, and risk using Scottish Government resources in a way that fails to provide additional support to many taxi drivers struggling to deal with the impacts of the coronavirus pandemic.

“We will keep drivers updated on the outcome of our engagement with the DWP.”

Yesterday Colin Smyth MSP for South Scotland asked about the payment in parliament. He welcomes the u-turn but points out that the Welsh Government has made a higher payment.

Unite’s Scottish Secretary Pat Rafferty has said: ““It’s welcomed that the Scottish Government has listened to Unite and removed the eligibility restriction. The announcement will provide reassurance and much needed financial assistance for many, in particular, those most in need. It’s vital that no driver is penalised when applying for the grant and to this end the Scottish Government must use their welfare top-up powers if needs be to ensure that this is the case, while continuing to press the Department of Work and Pensions for these assurances. Many taxi drivers remain excluded from other support schemes and this must be addressed to ensure our members and the trade are supported as they face continued restrictions which effect their ability to trade and earn a living. Let’s remember the taxi trade is a vital part of our public transport network and we will continue to press for support for the taxi trade.”

Scottish Conservative leader Douglas Ross said: “Kate Forbes u-turn is very welcome, as the Scottish Conservatives had argued strongly that this SNP mess had to be sorted immediately.  This oversight could have forced drivers and businesses to close.

“There’s no way the SNP can credibly blame Universal Credit for their own mistake. The £1,500 grant would clearly put more money in taxi drivers’ pockets and the fact they have backed down under pressure shows they knew they were in the wrong.

“We’re also hearing of widespread confusion because drivers are being asked to prove they’ve lost half their turnover when the financial year doesn’t end for another three months.

“The SNP are great at promising funding but they’re appalling at actually delivering it. The delays in getting cash out the door are unacceptable.

“Businesses are always left to last with this SNP Government. The Scottish Conservatives will keep challenging them to deliver on their promises and protect Scottish jobs.”

On Monday Scottish Labour economy spokesperson Alex Rowley wrote to the Economy Secretary, Fiona Hyslop, calling for the support package for taxi drivers to be fixed so that many struggling taxi drivers do not miss out on support.

Unite union raised concerns that the new support package would ‘discriminate’ against thousands of taxi drivers as those who had previously applied for benefits would be ineligible for the £1,500 grant.

Scottish Labour economy spokesperson Alex Rowley said that the poorest taxi drivers must not be penalised as a result of the failure of the SNP to develop a proper system of support.

Mr Rowley said: “We simply cannot have thousands of taxi drivers, in particular those most at risk, being unable to receive this support.

“The support package is welcome, but without taking action to alter it the SNP risks discriminating against thousands of the poorest drivers.

“It’s time for Fiona Hyslop to go back to the drawing board and come up with a proper support package for Scotland’s struggling taxi drivers.”

Mr Hepburn’s letter to Thérèse Coffey, Secretary of State for Work and Pensions

I write to seek your assistance in supporting licensed taxi and private hire drivers in Scotland.

Today the Scottish Government announced plans to triple previously announced funding from £19 million to £57 million, to provide a one off-grant of £1,500 per driver affected by the pandemic.

This week local authorities will directly approach an estimated 38,000 private hire and taxi drivers inviting them to claim the grant, which is intended to assist with fixed costs and expenses, including licence plate fees, rental fees and insurance payments for taxis not on the road.

In doing so we are seeking to supplement the support from other funding for loss of income available through the Scottish and UK Governments.

The core condition of eligibility for this financial assistance is that taxi or private hire drivers must be licensed for the period 9 October 2020 to at least 31 January 2021.

In addition we have asked local authorities to confirm that up to 31 December 2020 drivers:

• have experienced loss of income (50% of turnover, compared with 2019) and incurred overhead costs and expenses;
• are or have been working or available for work as a taxi or private hire driver; and
• are not in receipt of state benefits payments (Universal Credit, Statutory Sick Pay, Employment and Support Allowance, Job Seekers’ Allowance, Income Support) or have applied for but not yet started receiving Universal Credit at the time of applying.

I am eager to remove that final condition, but only if that benefits the drivers and not the DWP.

As you know, Universal Credit payments reduce as a person’s income increases so we are justifiably concerned that any payment would simply be deducted from an applicant’s benefits.

Without a change, making these payments would benefit the DWP budget, not the drivers, and risk using Scottish Government resources in a way that fails to provide additional support to many taxi drivers struggling to deal with the impacts of the pandemic.

As mentioned above this scheme is designed to help with fixed costs and is not intended to replace lost income, so I believe that it could be argued that it is inappropriate for this to be considered as income for the basis of calculating Universal Credit.

However, I would appreciate your confirmation of that point. I would ask you therefore to amend the criteria to ensure that drivers on Universal Credit can benefit from the full £1500 payment without it reducing their overall income.

As mentioned local authorities are in the process of making contact with taxi drivers about this support this week so clarity on the DWP position is required urgently.