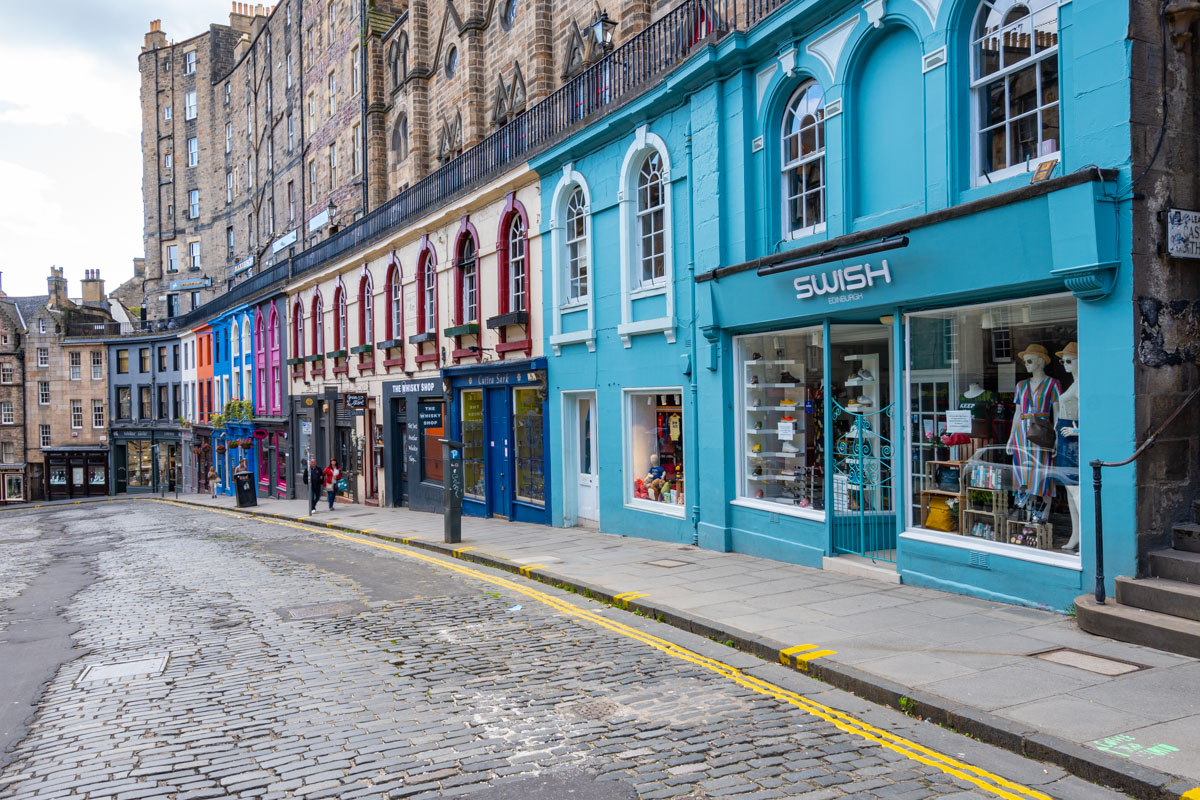 The comments come as The City of Edinburgh Council announced it will begin a citywide consultation on which Spaces for People schemes residents might wish to keep permanently. The measures were introduced as temporary changes under Covid-19 emergency legislation to enable residents to have more space for exercising and physical distancing in shopping areas.

A report to be considered at Thursday’s Transport and Environment Committee asks councillors to approve a new public consultation with assessment criteria, which officers and councillors will use to judge whether the temporary traffic measures should be kept after the pandemic.

Pentland Hills councillor Susan Webber said: “It comes as no surprise as this has been my belief from the outset that the measures presented since May under the cover of the emergency legislation, are now being presented for permanency.

“From day one this has been my suspicion, and the entire process, of using the emergency legislation to initiate this project, has been duplicitous.

“My other concern is the council have hardly got a record of significant consultation responses from anything other than their normal, preferred, self-selected consultees.

Transport Convener Cllr Lesley Macinnes, said: “We’re continuing apace with our ambitious programme of Spaces for People measures designed to give people space to physically distance and to provide safe, protected routes for making journeys by foot, bike or wheelchair.

“We’ve had a great deal of positive feedback from people benefiting from these changes and we know from our own monitoring that many of them are having a positive impact on surrounding areas.

“That’s why we’re beginning to think about the potential for retaining some of the schemes implemented as part of Spaces for People beyond the end of the pandemic, though we know this is some way off.

“Of course, any longer term project would involve a great deal of engagement and consultation with communities – we want to bring the people of Edinburgh along with us.

“But by focusing on an ‘experimental’ approach we would be able to continually monitor and evaluate projects, responding to residents’ needs to best serve the public.”

Vice convener of the committee, Karen Doran said: “This latest update illustrates the breadth of work that’s gone into designing, reviewing and implementing these schemes.

“It’s thanks to the Spaces for People team that we’ve been able to get so many interventions on the ground over recent months.

“Of course, we recognise that there have been concerns about some of the measures from community members, and it’s understandable with changes like these.

“We’ve made every effort to respond where possible, and continue to tweak and revise designs, as this review demonstrates.”

The council committee papers are published, as usual, a week before the committee meeting. You can read them all here.

David Hunter, the chair of community group ‘Get Edinburgh Moving, which has opposed the Low Traffic Neighbourhood measures which the council wanted to put in place in East Craigs, said: “We haven’t had time to review the Council’s proposals in detail, as they have been quietly pushed out late on Friday afternoon.

“However, my initial reaction is that this will surprise precisely nobody. Councillor Lesley Macinnes and council leader Adam McVey insisted time and time again that the Spaces for People schemes were purely temporary emergency measures – indeed that was a clear condition of the funding, which could not be used to implement permanent changes.

“Get Edinburgh Moving’s crystal clear legal opinion, which stopped the council in its tracks on the East Craigs Low Traffic Neighbourhood, found essentially that the scheme was intended to be permanent, was premeditated, and therefore misused Covid emergency powers as a smokescreen.

“The same is likely to be true across the city. It is frankly ludicrous for the transport convener to claim that she is now ‘beginning to think about the potential for retaining some of the schemes’.

“We call on the transport convener to honour what she told us all along, and which was a condition of the funding.

“These temporary schemes should be removed, as agreed, as we come out of the pandemic, and full consultations should take place with affected local residents before any schemes are implemented or reinstated.

“The best way to ensure this would be via a series of local referendums on each scheme – something that surely will appeal to this council administration.

“Of course, they know that many schemes would fail to attract local support, and so will be desperate to avoid such a judgment.

Professor Derryck Reid, chair of South West Edinburgh in Motion, a group representing road users, in the south west of Edinburgh, and a Professor at the School of Engineering and Physical Sciences at Heriot-Watt University, said: “So the game plan is as we predicted, with the council using Temporary Traffic Regulation Orders (TTROs) to get the schemes installed on the ground under the premise of Covid mitigation.

“In the meantime, councillors on the transport and environment committee are working with pressure groups to lobby the government to change TTRO legislation so these schemes can be made permanent, without any of that messy democracy stuff that might get in the way.

“It’s disgraceful that the council is planning to use Emergency Traffic Regulation Orders (ETROs) to again circumvent due democratic consultation. There is a reason that TROs mandate consultation – they can have real negative impacts on a large number of people, and these must be weighed against the potential benefits for only a few.

“These schemes favour a minority of privileged individuals, whose health, wealth and domestic circumstances allow them to choose to cycle when it’s convenient to them.

“Others are not so lucky, and rely on kerbside access for their independence and mobility, or to safely access local businesses with young children.

““In the last six months, the council has turned ‘Spaces for People’ into contempt for people. It is time for our communities to have a proper democratic say in this debate, and we call on the council to put these proposals to local referendums. Or are they afraid of giving us a voice?”

A start date for the consultation, or the means of consulting, has not been set, but the transport committee is expecting the results of the consultation to be presented at the committee’s April meeting.

The report reads: “Assessment considerations have been developed to determine if it would be appropriate to retain existing Spaces for People projects, or elements of them.

“In most cases retention would initially be for a limited period on an experimental basis aligned with the economic recovery, in order to monitor how the city’s transport network is used and to ensure that there is protection for active travel modes.

“In parallel with the assessment of projects discussed above, it is proposed to carry out a consultation exercise to seek views on the retention or adaptation of appropriate measures.

“Following the consultation and assessment, it is intended to bring an update on this to committee in April 2021.”