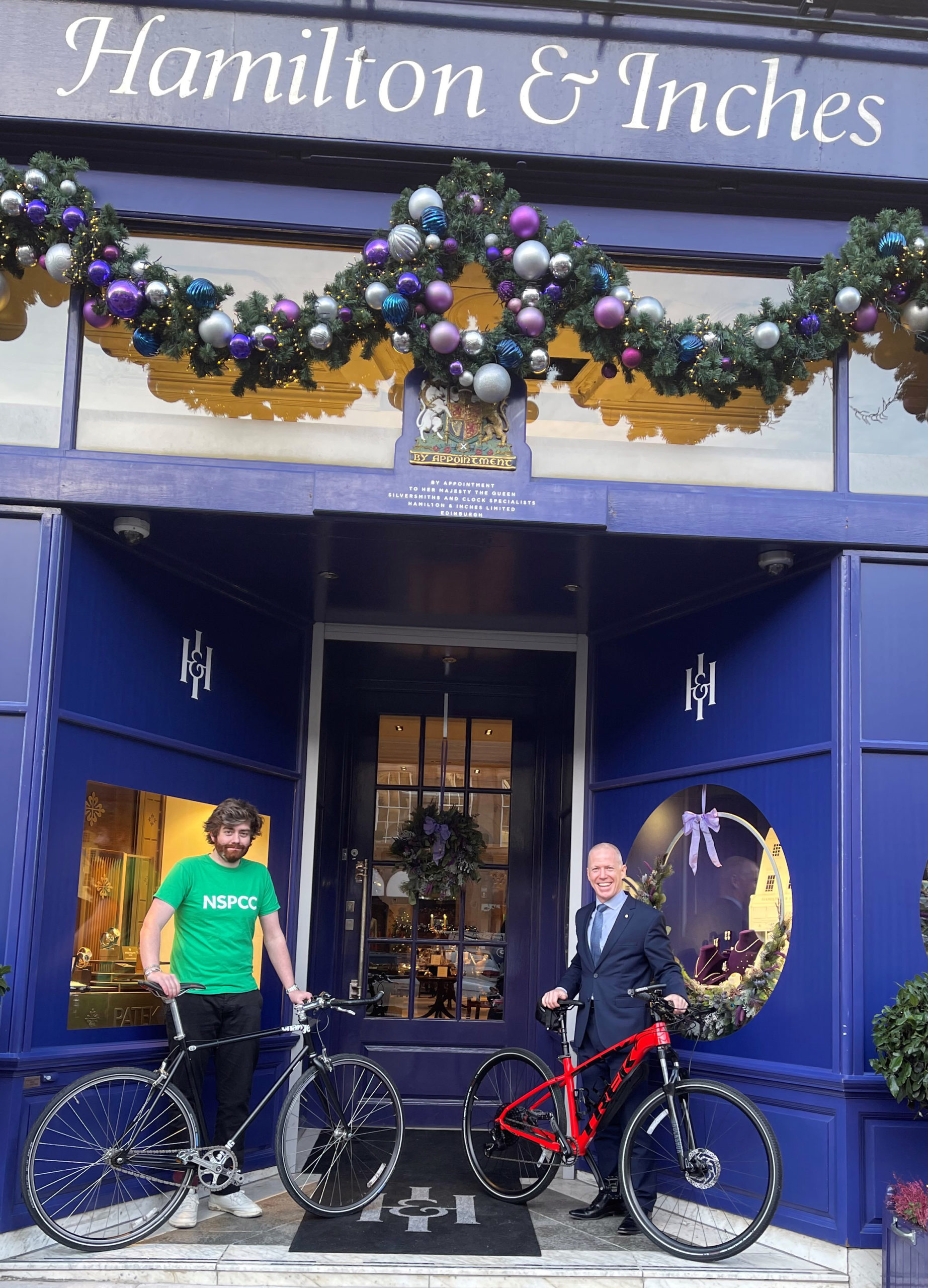 Edinburgh jewellers Hamilton & Inches have raised over £8,000 for the NSPCC.

In December there was a virtual fundraising event urging people to walk 100K for the charity.

Staff at Hamilton & Inches took part but put their own twist on it. The firm celebrated their 154th anniversary last year and so the staff set a goal of 154 mile bike rides, baking 154 cupcakes, running 154k and learning some pretty complicated jump rope techniques.

David Ramsay and managing Director Jonathan Payne cycled 154 miles in one day, completing the distance with circuits of Cramond in a ride which lasted from 1am to 7pm. There members of staff ran 154k in the month, and Yula Syahrial who is an Accounts Assistant, baked 154 cupcakes for the staff, friends and family. The sum of £4,399 raised was matched by the jewellers bringing the total to £8,798. One in five children in the UK have suffered abuse and just £10 pays for an NSPCC practitioner answering two calls to their helpline.

CEO, Victoria Houghton, commented, “Whilst we have each struggled with the impact the pandemic has had on us, often the ones most in need are forgotten. It was important to us as a company to do our bit to help protect vulnerable children, giving our time to hopefully increase the support and help offered by the charity to the children most in need across the country”

Linda Hamilton, Community Fundraising Manager for NSPCC Scotland, said: “We’re so grateful for this large donation, and it will go far to ensure that the NSPCC continues to be here for children in these uncertain times.

“Without the support of Hamilton and Inches, and other local businesses like them giving back to their local community, we wouldn’t be able to provide our services such as Childline to children across Scotland, where children and young people can speak to a trained counsellor about anything that’s worrying them.”

Alongside a donation to the NSPCC, the Hamilton & Inches team were tasked with collecting large amounts of food and produce for The Trussell Trust, which supports a nationwide network of food banks. All items collected were donated to a local foodbank.