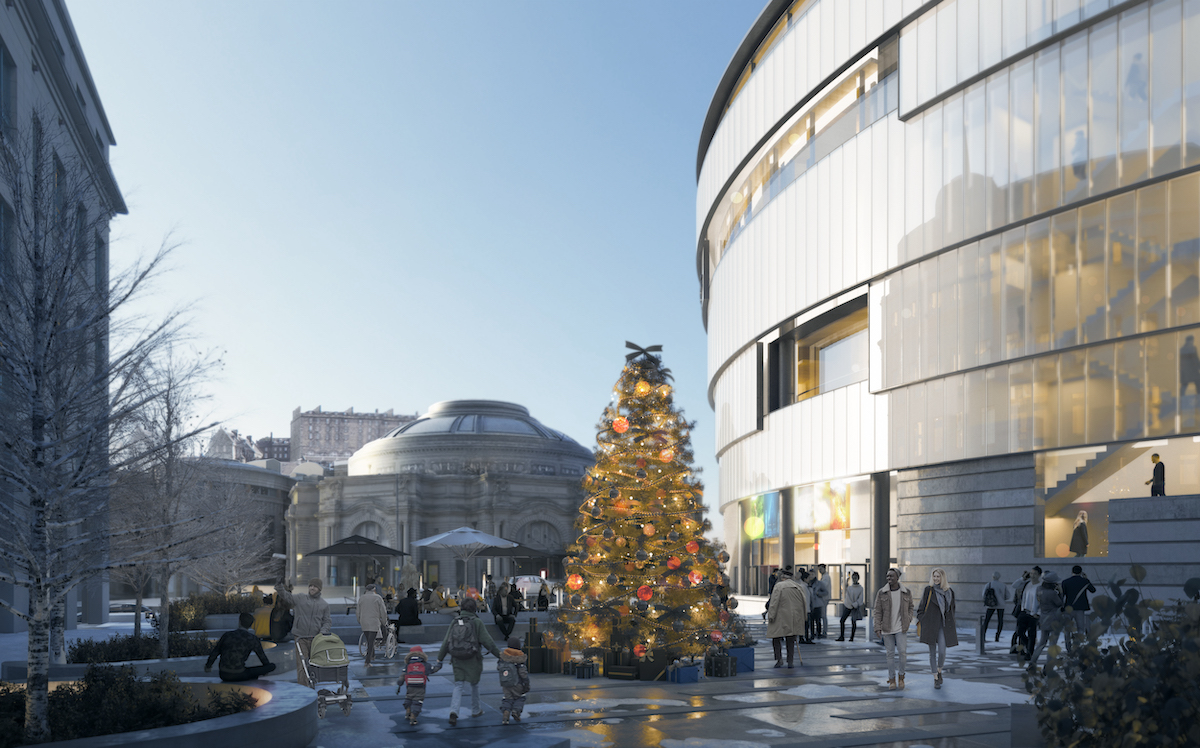 The Centre for the Moving Image which incorporates Filmhouse and Edinburgh International Film Festival announced their plans for a new home in Festival Square just as lockdown was announced.

After that a consultation was held online and now the CMI has lodged its new plans for approval by The City of Edinburgh Council.

The design has changed since the first announcement, with fewer floors and improved access arrangements inside the building. The new multi-storey design will occupy Festival Square at the back of the Sheraton Grand Hotel. This was one of the key takeaways from the briefing we attended earlier in the year. The Sheraton hotel has its frontage to the other side where cars and taxis enter.

There are also more details about the management of Festival Square as a public space. The intention is to make the new building the hub which will bring more people to the underused public square.

Ken Hay, CEO of Centre for the Moving Image (inc Filmhouse and Edinburgh International Film Festival) said: “We want the New Filmhouse to be the catalyst that transforms Festival Square so that it becomes a used and exciting public space. This new building itself will generate a lot of life in the Square, and we will design the Square to be welcoming and work collaboratively with our neighbours, the City Council and key cultural partners in managing the use of the Square for the benefit of the people of Edinburgh.

“As a cultural charity with a strong commitment to the social impact of its work we believe Filmhouse will be a great caretaker of what could become a much more inviting and valued public space. And our commitment to environmental sustainability means that the building will operate on a net zero carbon basis from its first day of opening.”

The building is intended to give the film festival a home as well as the Filmhouse. Assumptions are that over 800,000 people will visit over the course of a year.

A decision on the planning application is expected in Spring 2021, and that following construction the new hub would open in 2025.

Comments can be made on the council planning portal between the application going live and late January.