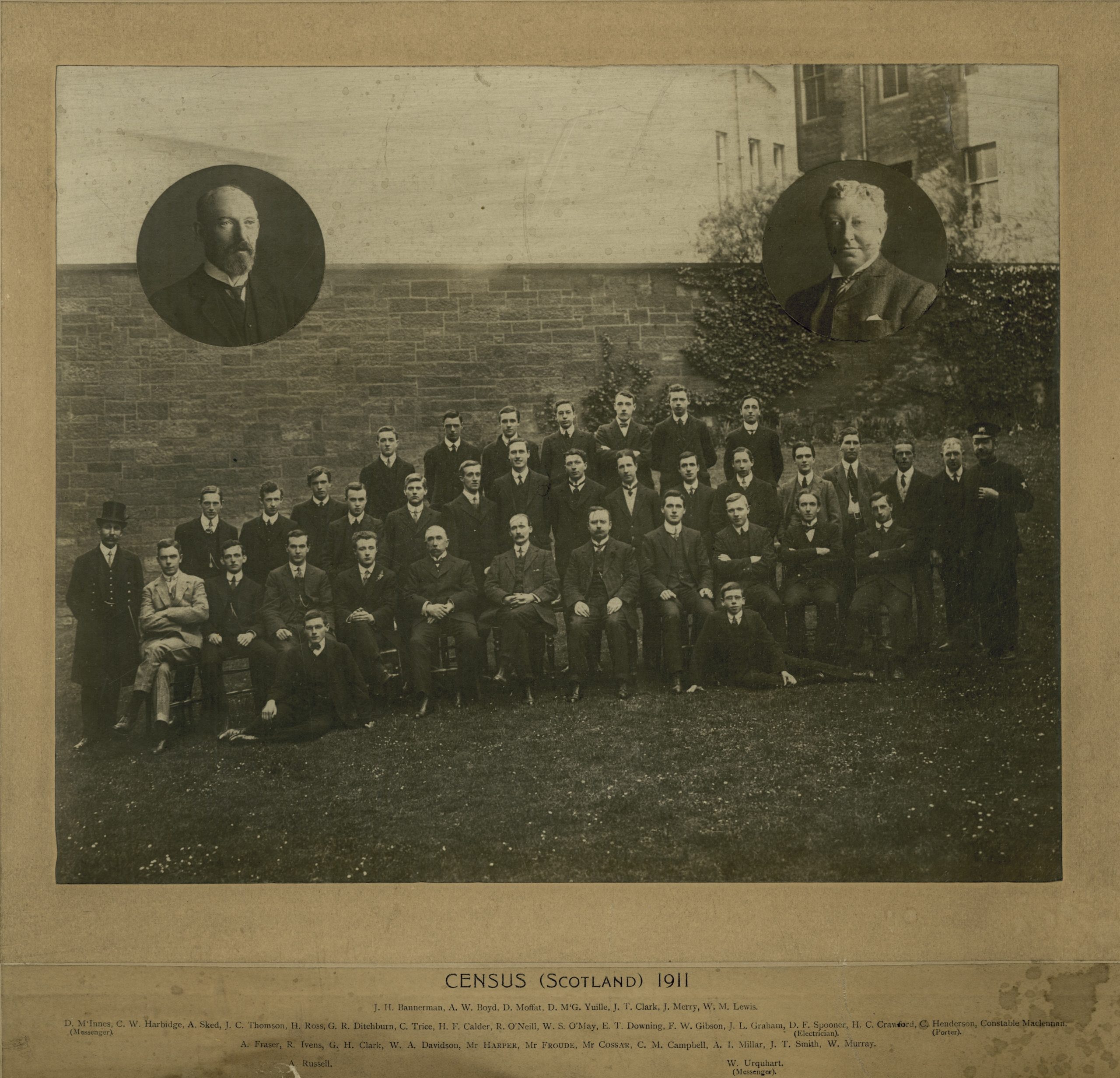 As employees of the National Records of Scotland, their collective job was to faithfully record the everyday lives of the Scottish people – from birth, to marriage and eventual death.

So it is somewhat ironic that that there is no permanent memorial to the sacrifice of the 14 colleagues who gave their lives for King and Country during the First World War.

Now a project aims to correct that anomaly and is collecting information, documents and testimony from descendants of the brave 14 who between 1914 and 1918 set off from General Register House in Princes Street never to return.

Back then the Register House Departments, as it was known, incorporated the General Registry Office of Births, Deaths and Marriages (Scotland), the Record Office and the Sasine Office and the Deeds Office.

Jocelyn Grant, Outreach and Learning Manager at the National Records of Scotland is continuing the work started by her predecessor Tristram Clarke to extend an online Roll of Honour to the fallen civil servants and which also captures the contribution made by more than 50 other staff who survived the war.

Jocelyn said: “There are memorials in some of our buildings to staff who served in the Second World War but for whatever reason there is no official memorial to those who served in the Great War. We have trawled the records to gather as much information as possible and we keep adding more detail to this online Roll of Honour.

“As well as the 14 staff who lost their lives, there were more than 50 who served on many fronts and survived, and some of those resumed work at the National Records Office while others went on to different occupations.

“When you start investigation people’s lives they are often quite fascinating and in the case of the very young, like Walter Urquhart, quite touching. There is lots of information which has been gathered from various sources but one of the main things we are missing is photographs or images.

“We are appealing to descendants and family members to get in touch as we believe they may have personal documents, diaries and other correspondence which can shine a brighter light on these individuals.”

Jocelyn said that while the main project remains an online Roll of Honour there could in the future be some form of physical commemoration or other project established to record the important contribution made by former staff.

She added: “We would be happy to hear from anyone who has an recollections or evidence of these people’s lives and we will continue gathering as much information as possible. If anyone has further details of the people already listed, or of past members of staff currently missing from the list, we would love to hear from them.”

Walter Urquhart was the youngest member of the National Records Office who lost his life in WW1. The son of Leithers Walter and Eliza, he left school at 14 and joined the General Registry Office for Scotland as a messenger boy on the staff of the 1911 Census.

Walter later joined Jenners department store as a packer and he was also a pre-war Territorial serving with the 1/5th Battalion, Royal Scots. Walter was killed in action in the Dardanelles on 28 June 1915, aged 18. The Evening Despatch reported that months later Walter was still officially “missing in action” and like many other British casualties at Gallipoli he has no known grave but he is commemorated on the Helles war memorial.

Another Leither, James Tupman, showed remarkable courage – signing up for a second stint in the Army after being medically discharged following the amputation of his arm.

In 1914 James was a Second Division Clerk in the General Records Office Scotland (GROS) but on August 28 of that year he enlisted in the 1/9th Battalion, Royal Scots.  Posted to the Western Front on 24 February 1915, he was badly wounded at Ypres, and his left arm was amputated at a hospital in Perth. He was discharged from the Army on 21 October, issued with a Silver War Badge to verify his military service, and he resumed work in GROS.

Two years later, on 23 May 1917, James re-enlisted, passed his medical test and was accepted for officer training in Cambridge before being commissioned as a 2nd Lieut and posted to 451st (Home Service) Employment Company, Labour Corps, at Dreghorn, and later to 450th Company at Glencorse near Penicuik.

In July 1918 he trained as a Railway Traffic Officer, working in France for the rest of the war and for months after the Armistice, before being demobilised in May 1919. James re-joined his colleagues at GROS and worked in a number of positions until he retired as a Senior Executive Officer in 1956.

Anyone who can provide information on former National Records Office staff can write to education@nrscotland.gov.uk