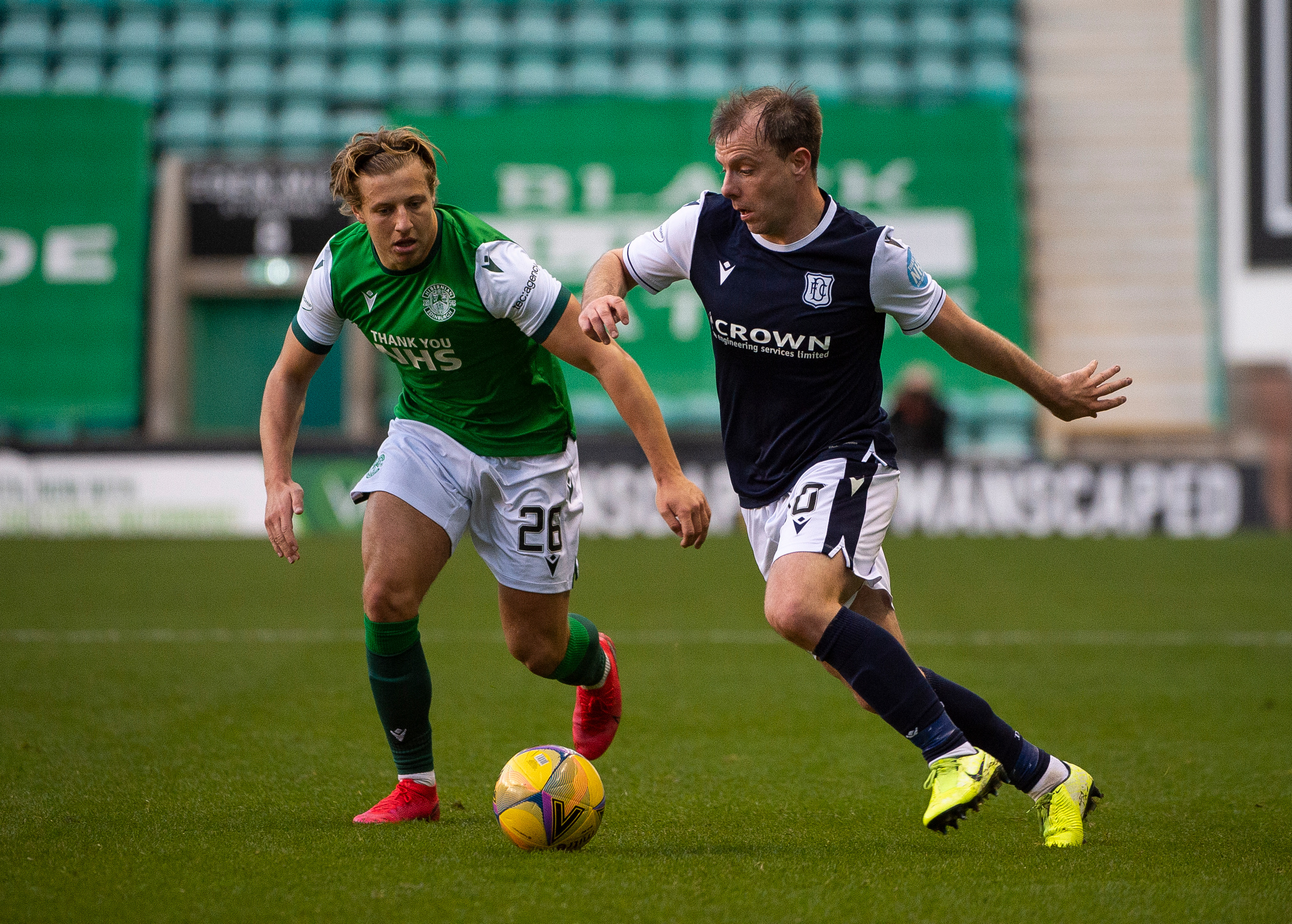 Hibs fans will be able to watch their team’s attempt to overtake Celtic into second place in the table via Hamilton Academical’s Pay Per View service.

Supporters can register for here, priced at £15 or via the Hibs or Hamilton club websites.

Fans have the option to listen to Hibs’ commentary team, who will be live from 2.45pm.

Last Saturday’s convincing 3-0 win over Motherwell took Hibs back to third in the table and stretched their unbeaten run in the Premiership to five games.

Victory against the ‘Accies’ would see Hibs leapfrog Celtic who are playing on Sunday.

Kyle Magennis is inching his way closer to a first team return, with Alex Gogic (pictured) and Sean Mackie (pictured) hoping to shake off knocks that kept them out of our 3-0 win over Motherwell.

Jamie Murphy will be assessed after being forced off at Fir Park, while Scott Allan remains on the sidelines.