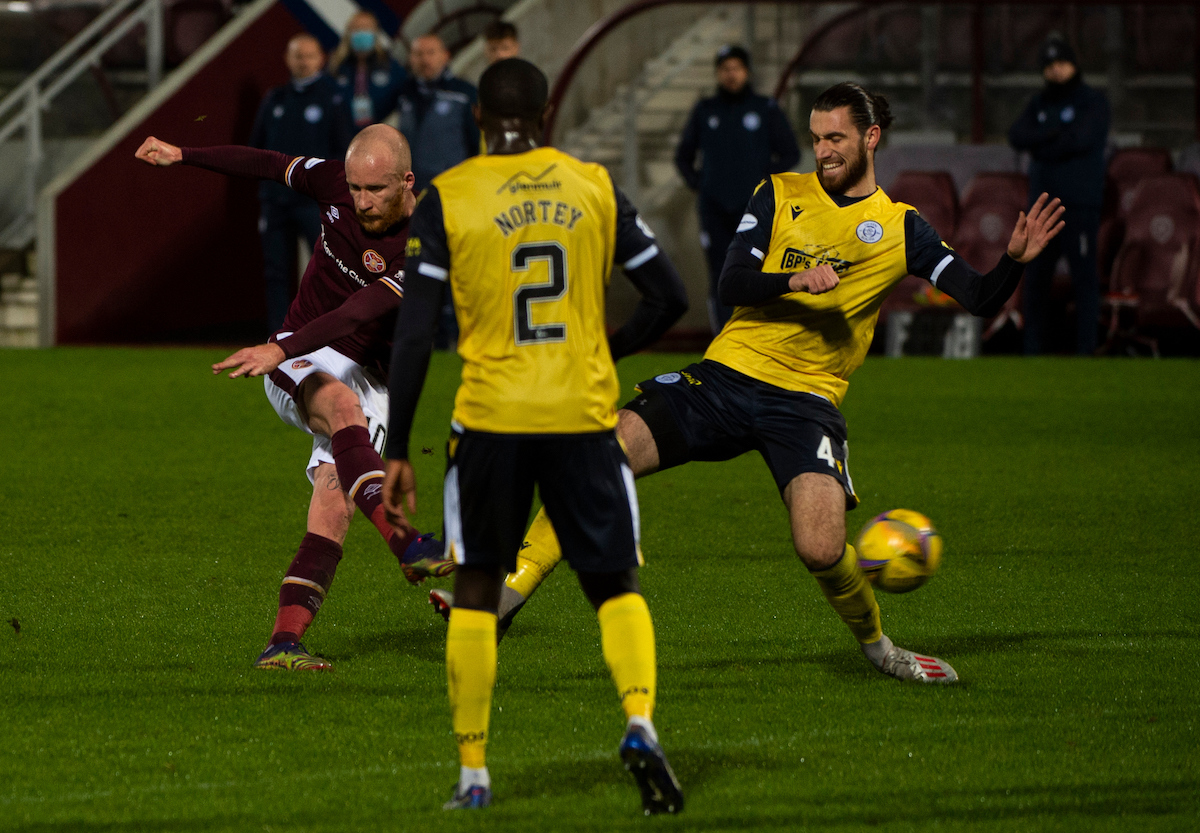 Hearts 6-1 Queen of the South

Hearts geared up for next Sunday’s Scottish Cup final with an impressive demolition of Queen of the South that took them four points clear at the Championship summit.

A brace from the returning Liam Boyce as well as individual efforts from Steven Naismith, Jamie Walker, Elliot Frear and Josh Ginnelly saw the goals nicely spread around the team and demonstrated the breadth and depth to Hearts’ play.

Gorgie boss, Robbie Neilson, went with a strong team, resisting the temptation to rest players ahead of next weekend’s clash with Celtic. Liam Boyce and Aidy White replaced Craig Wighton and Andy Halliday from the side that defeated Greenock Morton last weekend. Notably, Josh Ginnelly was named on the bench, the first time since injuring himself away at Arbroath back in October.

It was a game when Hearts really showed their quality with an array of goals straight from the top drawer. Captain Steven Naismith set the tone after 18 minutes with a right footed volley that screamed into the net from an angle just outside the box. Liam Boyce made it two just before the break with his fourth of the campaign by bulleting in a perfect Olly Lee cross.

Hearts were straight back to it immediately after the break when Boyce got his second in two minutes, sliding in to tap Aidy White’s cross past Jack Leighfield.

The Jambos continued to pass the ball about nicely with man-of-the-match, Andy Iriving, continuing to pull the strings in the middle of the park. On 62 minutes, Josh Ginnelly made his long awaited comeback when he replaced Olly Lee. It was Queen of the South who had the ball in the net next, however, when Ayo Obileye scrambled in a looping freekick at Craig Gordon’s back post.

The loss of a goal threatened to take the shine off the match for those of a maroon persuasion, but the smiles were back on the Jambos’ faces just three minutes later when Jamie Walker grabbed his third goal in two games with a nice low finish from just outside the box. Substitute Elliot Frear opened his account in Gorgie, tapping home from a couple of yards out after some fancy footwork and graft from Liam Boyce on the byline.

Josh Ginnelly added the sixth and the extra sparkle for Hearts with a lovely strike from outside the box, marking his impressive return to action. He’ll be a big addition for the Jambos at Hampden next week.

So, all eyes turn to the cup final. Hearts, after stuttering a few weeks back with defeats at Dunfermline and Alloa, are starting to look much more fluent in attack and scoring goals of real quality. With Neil Lennon’s Celtic currently under siege, last season’s Scottish Cup final should be an intriguing affair.