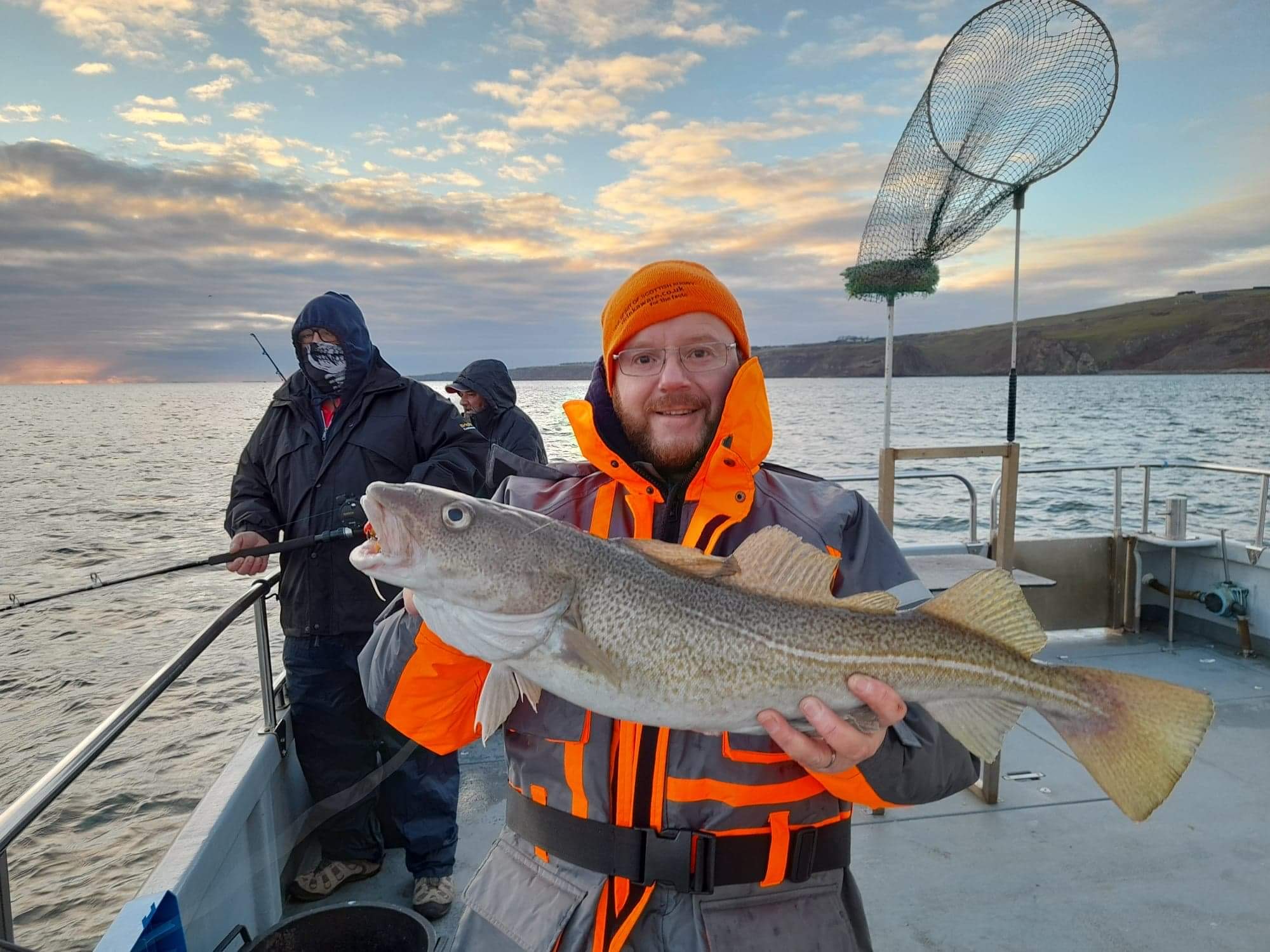 The fisherman from Port Seton beat a quality field to take the prize with a fish of 1lb 2oz on a difficult night for anglers.

Second was Jack Cameron with a fish weighing only eight ounces, underlining how tough conditions were for the field in the match fished on the Dunbar Harbour sea wall.

The win means that Cunningham moves into joint third position in the winter league table with 18 points alongside Dale McCallum also from Port Seton and Dunbar-based Alan Brown.

Second is Stuart Fairbairn from Haddington with 26 points while the clear leader remains Port Seton-based fisherman Barry McEwan with 38 points. There are five matches left in the series.

Meanwhile, Aquamarine Charters of Eyemouth have confirmed that there will be no angling or diving trips until February 1 following the new COVID-19 restrictions announced by the First Minister on Saturday.

Cod, some sizeable, have been landed recently, including one of over 8lbs by Paul Christie (pictured).