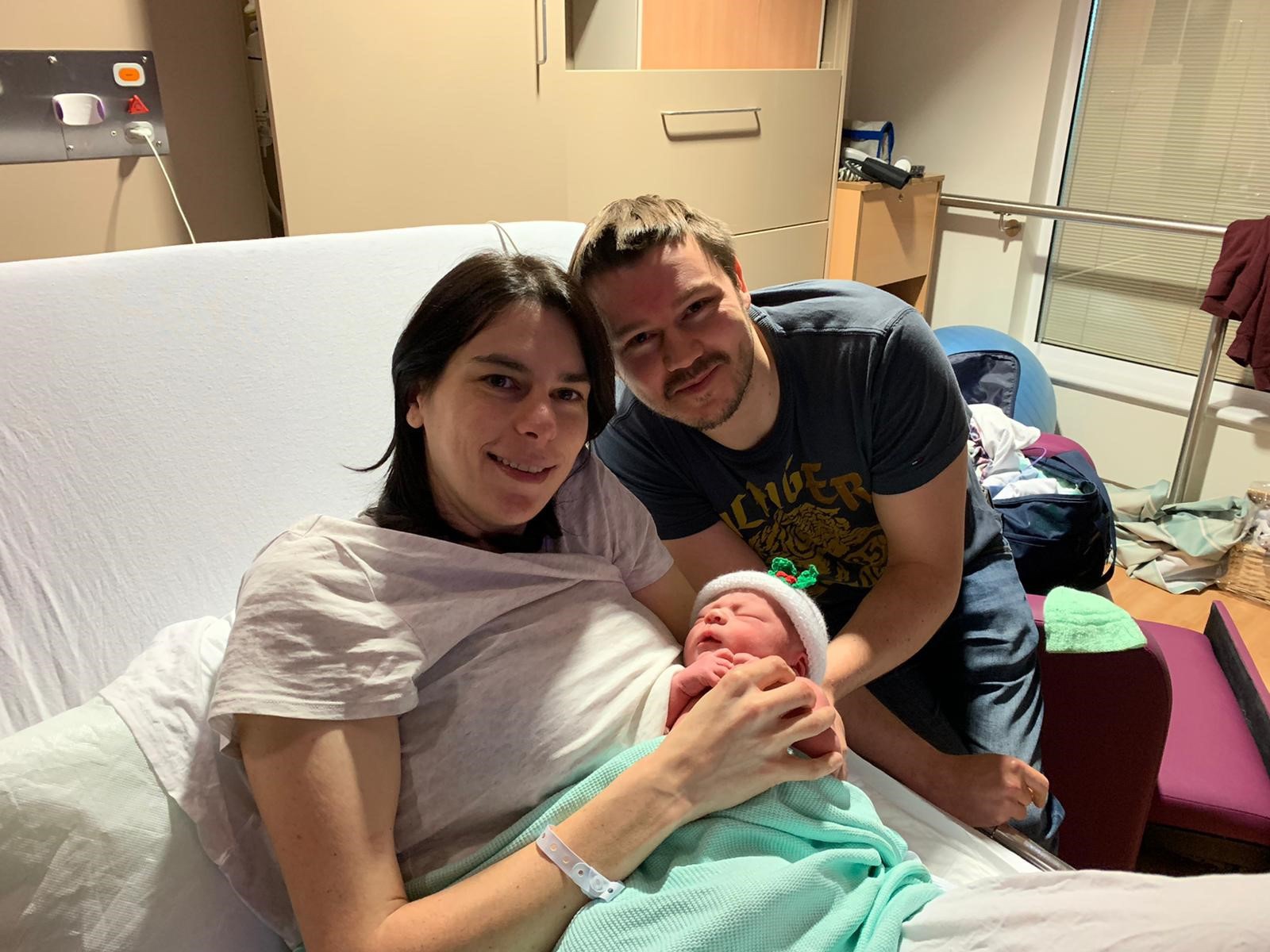 Parents in Lothian are celebrating after they received the best Christmas gift they could have hoped.

They welcomed their very special delivery into the world during the small hours of the morning.

The first baby, a little boy was born at NHS Lothian’s Birth Centre, part of the Simpson’s Centre for Reproductive Health at the Royal Infirmary of Edinburgh.

Mum and Dad have not fully decided on a name, so at the moment he is known as Baby Dallas. He was born to parents Kim (33) and Donald Dallas (32) from Edinburgh, at 4.10am and is the couple’s first baby.

He tipped the scales at 9lb 2oz.

Baby Dallas was not due to be a Christmas Day baby, however decided to arrive a little later than planned!

At present, no Christmas Day babies have been born at St John’s Hospital.