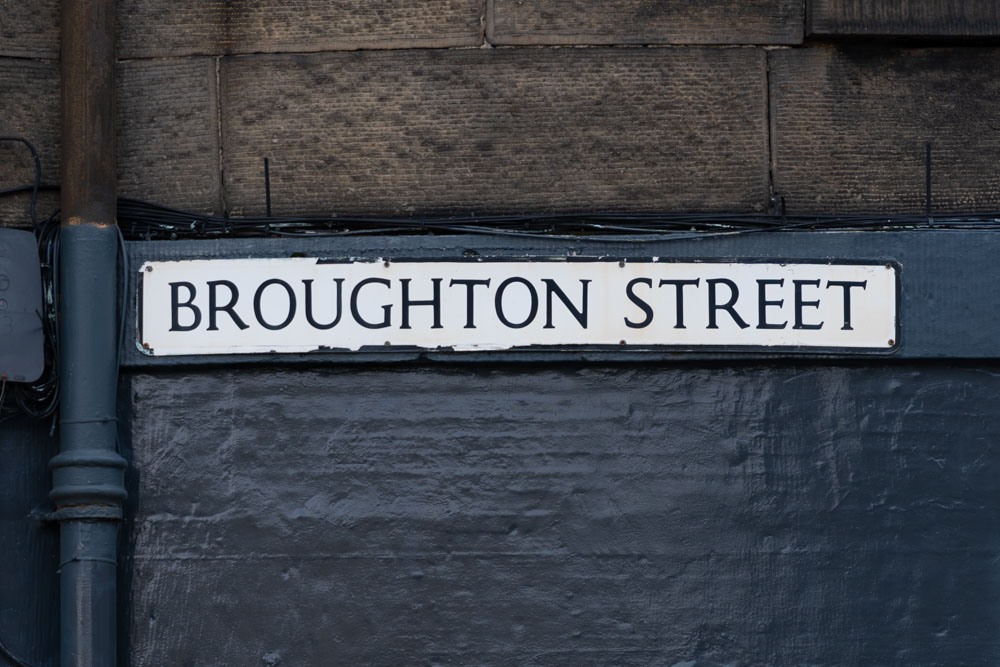 Better Broughton just want things to be – well, better, and better in Broughton Street. This is the main road leading north from Picardy Place roundabout towards the London Street roundabout where Mansfield Traquair sits.

The group is not advocating on behalf of cyclists, or pedestrians or businesses – as what they would like to see put in place would actually benefit everyone.

The main aim of this as yet loosely constituted group is to create less space for vehicles, more space for active travel, including more room for pedestrians – and they recommend an uphill segregated cycle lane. A segregated lane is included the council’s plans for Broughton Street under Spaces for People measures, but these are not likely to be introduced under the Covid-19 emergency measures until the New Year. The council have very basic plans to widen pavements, perhaps with wands, and create an uphill cycle lane.

Some comments tonight question whether a segregated cycle lane prevents other infrastructure being introduced later. So this is very much the beginning of a movement and by no means offering all the answers at once.

Discussion ensued around whether Broughton might be the ideal 15 minute neighbourhood, with pointers to the Scottish Place Standard and the Edinburgh Street Guidance.

Architect David Jamieson has produced lovely illustrative plans to show what could be possible if the traffic lanes were reduced, and Piotr Mazur suggested introducing parklets, particularly at the junction with Broughton Place making it a place to linger rather than simply a place to pass through. These are simple often temporary and transient benches and greenery offering somewhere to sit.

Some useful links – the Better Broughton ideas are laid out here.

The council’s interactive map is here and it shows in the pop out legend what people would like to see in their area.

The New Town and Broughton Community Council have an interesting article here on Spaces for People proposals for the area.

One of the other points of discussion was to introduce some measures to promote local business – something like Totally Locally which has had great success elsewhere, beginning in the north of England.

Former MP Mark Lazarowicz is a member of the group, and he chaired the meeting which he concluded by saying: “We all recognise you cannot have everything, but we think that what we need is ways of looking at some moves in the interim. So an uphill cycle lane would be an advantage and we could then look at the longer term aims for the street. We just want to make it better for active travel, cyclists and pedestrians.

“We have spoken to local businesses, and we don’t think we should just wait until something happens. We want to be proactive. If you make a street better for people to use with more sustainable forms of travel then you benefit local shops as well. It is all a long term objective, but we want to start doing things now, and we will be discussing with the local community council.”