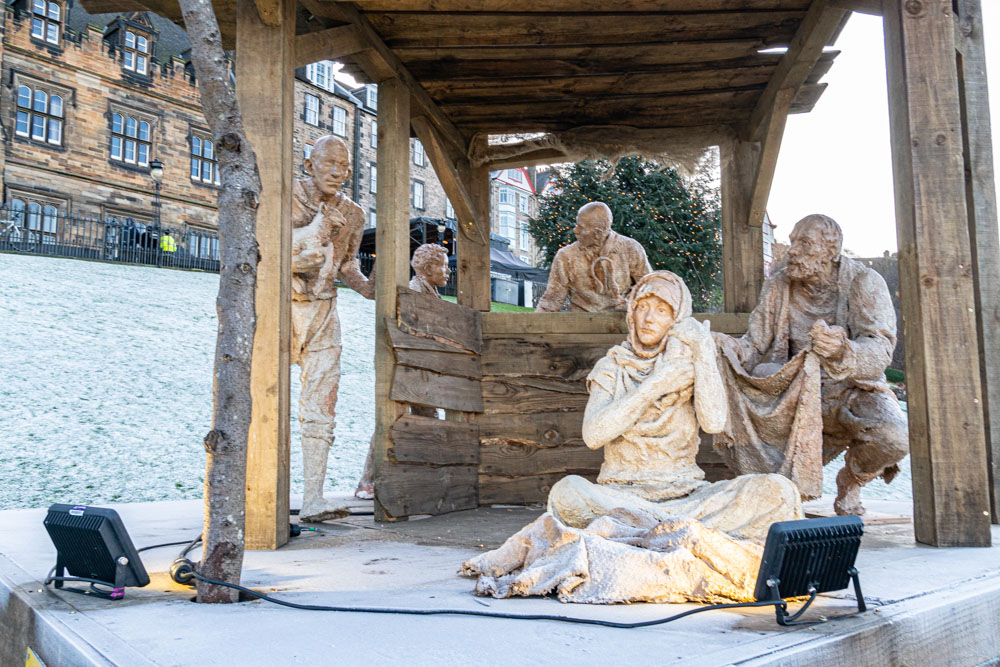 When Sir Tom and Lady Anne Farmer commissioned Tim Chalk to create the Nativity scene which they gifted to the city, it was supposed to last for 15 Christmas seasons.

The scene featuring all the figures in the stable that you would expect to see, which in recent years has been on display in St Andrew Square and on The Mound, has lasted for 18 years, and is now to be retired.

This year it is on display in East Princes Street Gardens for what will be its last outing.

Sculptor and creator Tim Chalk told Edinburgh Churches Together: “Now, seventeen years later the world is still in a state of upheaval, people are still homeless and displaced as a result of war or personal misfortune, at home and abroad. But on a positive note, there are still people who care and engage with the issue and I hope my Nativity scene bears witness to this concern.

“Looking to the future I hope the gap left by the departure of this Nativity is filled by another interpretation of the Christmas Story, and, more importantly, the central message of the story is not drowned out by the flashing lights and Special Seasonal Promotions.”

This is a video of this year’s blessing ceremony introduced by the Rt Hon Lord Provost of Edinburgh, Frank Ross.