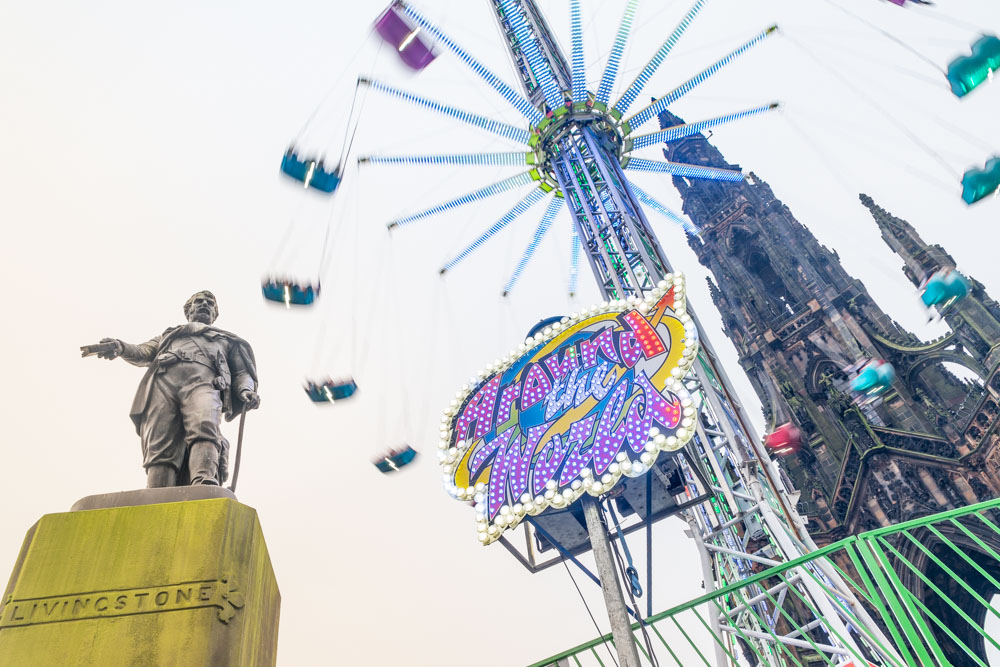 Plans for Edinburgh’s future Christmas festivities will go before a council planning committee, as organisers Underbelly look to bounce back from 2019’s festive events which drew criticism from locals concerned about the damage to East Princes Street Gardens.

The City of Edinburgh Council has previously been criticised for refusing to terminate an £800,000 contact with the London-based events firm, despite a get-out clause in the contract regarding events damaging the council’s reputation.

This was despite a string of events that were heavily criticised by Edinburgh residents, such as failing to secure planning permission for an expanded Christmas market last year (as revealed by The Broughton Spurtle) and failing to protect Princes Street Gardens from damage, which left large parts of the area out of bounds to locals and visitors for months.

There were rows over the removal of the city’s traditional Norwegian Christmas tree and the nativity scene donated by Sir Tom and Lady Anne Farmer from The Mound to make way for a giant screen at Edinburgh’s Hogmanay.

There was also some initial annoyance at the introduction of a new wristband system for businesses and residents to give them access during the street party.

There was controversy after Underbelly was handed a two-year extension to its contract by the Executive Director of Place under delegated powers and without the involvement of elected councillors.

As the market will not be going ahead this year due to the coronavirus pandemic, The City of Edinburgh Council and the organisers are already planning for Christmas 2021.

In the plans there will be no stalls in East Princes Street Gardens, which has traditionally hosted the Christmas market, but the Big Wheel and Star Flyer attractions are to be located on the top level of the gardens close to the Scott Monument, along with two box offices and toilet facilities.

The entrance will be from The Mound, which will have 27 stalls. Another 18 stalls will be sited in George Street, along with the ice rink, which was ousted from St Andrew Square last year, and a bar with a viewing deck.

Staff welfare facilities will be situated in Parliament Square and the exit will be through East Princes Street Gardens.

The Christmas event is treated as three separate planning applications, each concerned with the impact on neighbouring listed buildings, and each subject to a written report, submitted to councillors ahead of the development management committee meeting on Wednesday, 11 November 2020.

With regard to the proposed events in East Princes Street Gardens and at The Mound, the report states: “The proposal would harm the setting of neighbouring listed buildings for the temporary period of time in which the development would exist on site.”

The same wording is found in the report dealing with the events on the Royal Mile and in Parliament Square, while officers write that the events on George Street and Castle Street will only bring ‘minor harm’ to the setting of neighbouring listed buildings.

Despite this, all three of the reports conclude: “Notwithstanding, it is considered that there are significant economic and cultural benefits to the city resulting from the Christmas market, which arise principally because of it being located within the city centre where high footfall land uses are encouraged.

“Moreover, the site is exceptionally well placed for public transport owing to it being within the city centre.

“On balance, these benefits, which are a considerable material consideration, outweigh the short-term adverse impact that the proposal will have on the setting of neighbouring listed buildings and provide reasoned justification for granting planning permission for the proposed development on the site.”

The Cockburn Association has previously said the gardens are not an appropriate location for the Big Wheel and Star Flyer.

According to a planning document submitted by Underbelly, 942,724 unique visitors attended the city’s Christmas attractions in East Princes Street Gardens last year, with 648,397 tickets sold for the various attractions.

And they say that 34% of attendees were from Edinburgh and Lothians (320,526 unique visitors) and 196,656 discounted tickets were sold to EH postcode residents.

A total of 67% of residents said Edinburgh’s Christmas was their only or main reason for coming to the city centre, while 68% of other visitors said the same.

And in 2017, London-based consultants BOP Consulting reported the economic benefit of Edinburgh’s Christmas was £113.2m.

“This has resulted in a scheme which reflects the positive characteristics of the local vernacular, and responds to the varied immediate setting in terms of historical context, topography, scale and massing.”