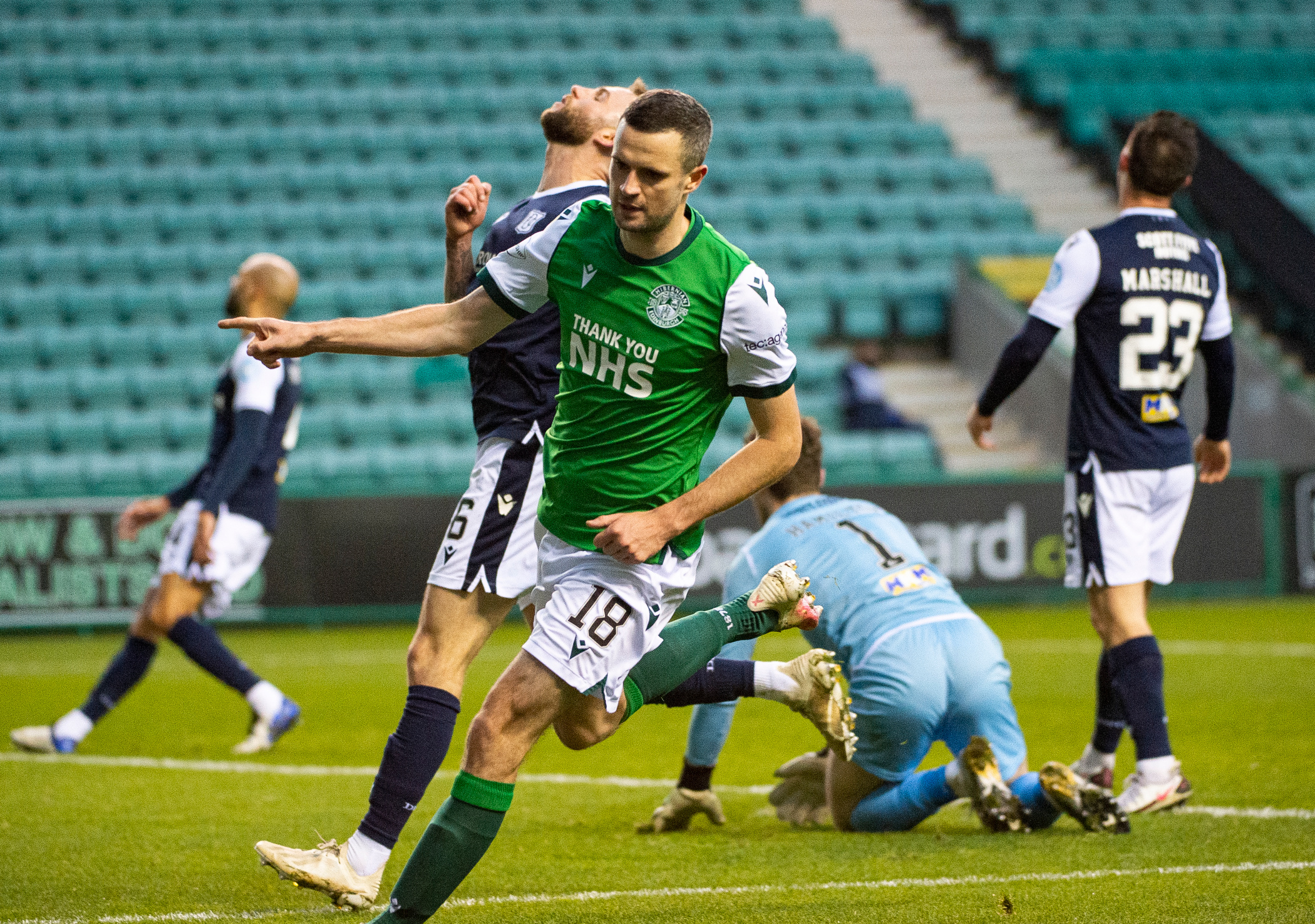 Hibs’ goal-scoring hero Jamie Murphy has thanked the club for bringing him in on-loan from Rangers and giving him the opportunity to play regularly after missing much of last season due to injury.

Murphy has been outstanding in recent weeks and yesterday scored the only goal of the game to secure a place in the Betfred League Cup quarter-finals.

Just before the half-time break he took a superb through ball from Kevin Nisbet and ran 30-yards before calmly sliding the ball past former Hearts’ keeper Jack Hamilton.

Dundee had the better of the first-half but Hibs started the second with a fresh determination and could have added to the score but Murphy was happy with the result.

After the final whistle he told Hibs TV: “It was a difficult game for us. Dundee made it very difficult for us. They played well so to get the win and through to the next round is always good.

“Going into every game I feel that I can contribute and be a part of a goal or try and score a goal so that’s where you want to be, especially as an attacking player.

“You want to win a cup tie first and foremost but it would have been nice to score a couple of extra goals. I though the team defended great tonight, especially the full back four who were excellent.”

He was quick to pay tribute to Hibs young full-back Sean Mackie for his contribution to the clean sheet and revealed that he has been giving him the benefit of his experience in the game.

“I’ve been in this game a long time and you try to pass a bit of experience on and he has come on leap and bounds in the last couple of games.”