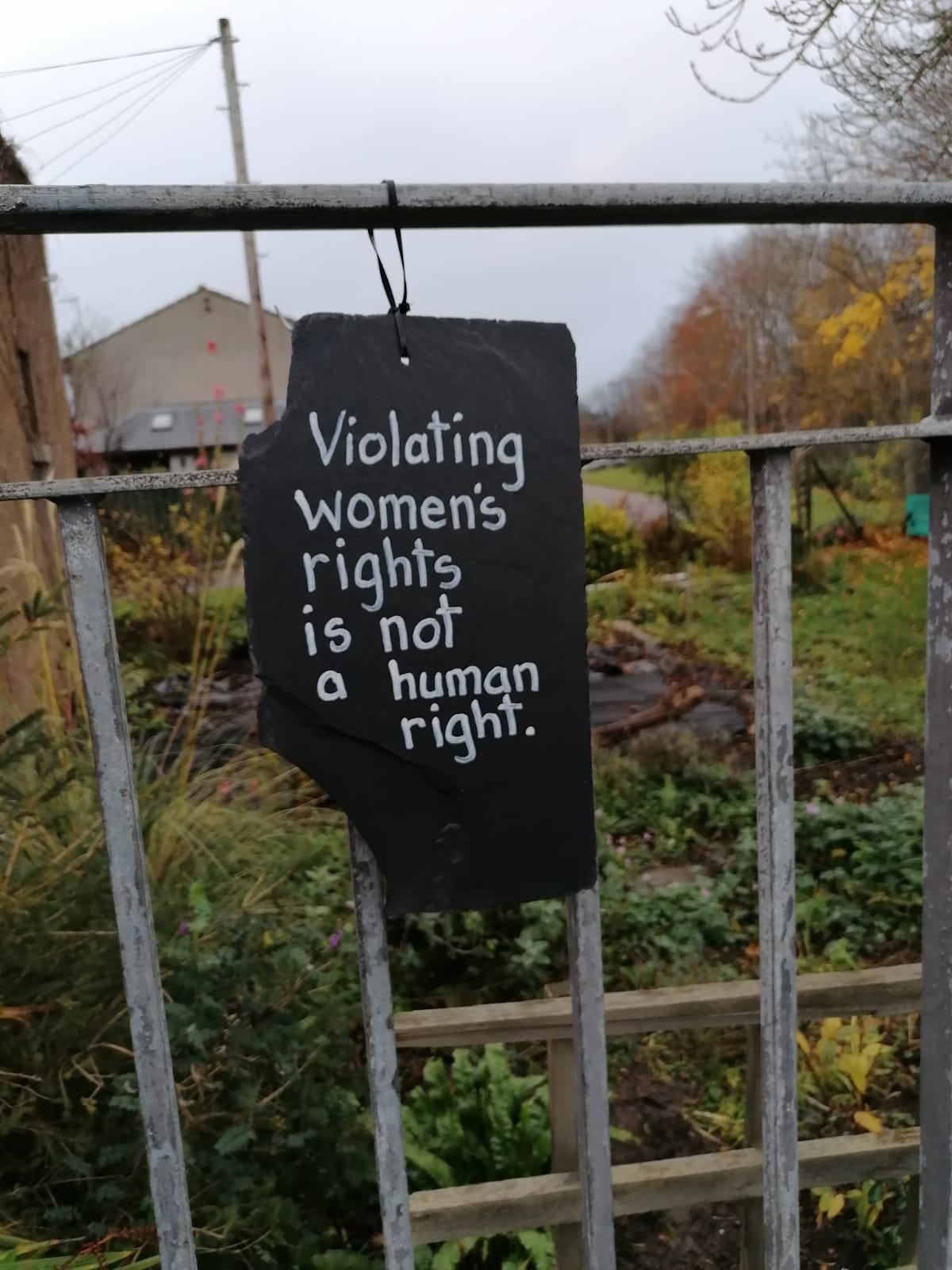 Activists in Edinburgh have taken part in a national women’s rights campaign.

This takes the form of an art installation to promote and protect women’s sex-based rights and freedom of speech.

Over 50 roofing slates inscribed with quotes from historical and modern-day activists, slogans and pointers to feminist websites have been appearing in Scotland, and now there are some examples in Edinburgh.

A spokesperson for the anonymous Edinburgh group said, “The slates are designed to send powerful messages to passers-by and provoke critical thought. Advances in women’s legal rights in recent decades are being undermined by people who would like us to believe that there is no such thing as biological sex.

“We can understand why gender ideology may seem inclusive to many people as a theory, but it is problematic in reality and practice. It threatens the existence of safe spaces which have historically been provided for women and girls including female toilets, changing rooms, prisons, dormitories during school and girl guide trips, and hospital wards. There are also implications for the representation of women in leadership and the safety of women’s sport.”