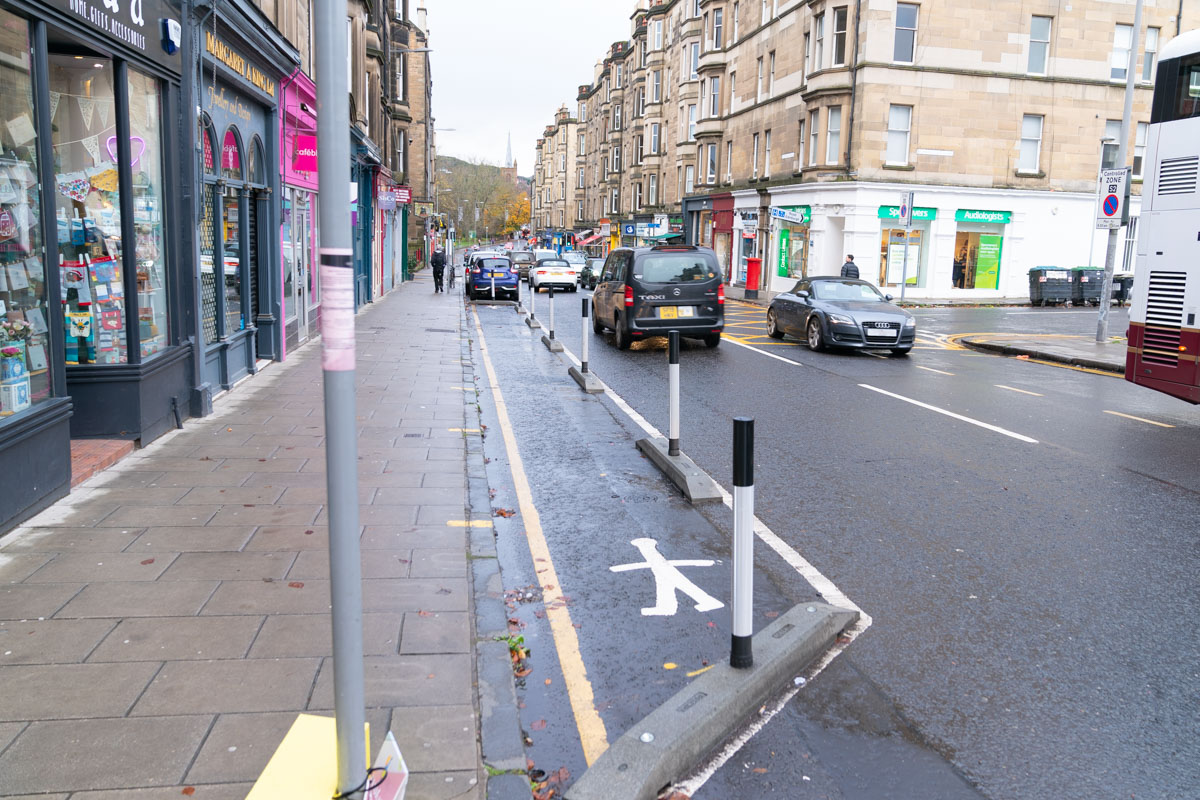 Lothian MSP, Miles Briggs, says that Edinburgh Council must urgently review their Space for People project to meet the needs of people with sight loss.

Mr Briggs says a recent FOI request revealed that no safety audits had been carried out by The City of Edinburgh Council before putting new measures in place.

He claims that Guide Dogs Scotland have contacted The City of Edinburgh Council about a number of concerns they have with the Space for People initiative, the foremost being the lack of consultation with most vulnerable road users. A key concern, he says, is that the Commonplace online map, an online tool for consulting on changes, has not been fully accessible to people with sight loss.

Another concern Mr Briggs raises is a lack of transparency, with the walking and cycling charity Sustrans, managing the funds, providing advice and having developed the evaluation framework for the programme. This is however the norm as Sustrans is 98% funded by Transport Scotland.

Particular safety concerns he highlights include ‘floating bus stops’ and ‘bus boarders’ that require pedestrians to cross over an additional pathway used by cyclists before and after they board a bus. For people with sight loss, this presents a particular challenge as many won’t be able to see approaching cyclists.

Lothian MSP, Miles Briggs, said: “The ill-thought-out Spaces for People initiative has created a number of significant changes to streets and roads across Edinburgh and has clearly impacted negatively on people with sight loss.

“From the outset Edinburgh City Council has failed to consult with local residents and must now act and take on board this guidance from Guide Dogs Scotland and fully consult with those who are visually impaired.

“Floating bus stops and bus borders are issues which have been highlighted as especially hazardous for people who have sight loss and these real concerns must be addressed urgently.”

We asked The City of Edinburgh Council for a comment on these claims. The Council was awarded £5 million under the Spaces for People funding from The Scottish Government earlier in the year and a further £2 million was announced only yesterday. The funding is to be used to put in temporary measures on the city’s streets to enable social distancing whether on roads for segregated cycleways, outside schools or in our town centres. The council has prepared an integrated impact assessment and this is published on the council website.

Transport and Environment Convener Councillor Lesley Macinnes said: “The needs of vulnerable road users are central to Spaces for People schemes – our number one priority is to ensure their safety. One of the first principles is to keep the footways clear of obstructions to aid pedestrian movement.

“Every single intervention is assessed for its impact on people with disabilities or visual impairments and stakeholders including RNIB, Edinburgh Access Panel, Living Streets and Spokes are involved in our notification process for each scheme. Their feedback is taken into account and addressed before any changes are made.

Transport and Environment Vice Convener Councillor Karen Doran said: “Once measures are implemented we carry out close monitoring of their success, ranging from using video footage to analyse interventions’ effectiveness to traffic counts to assess traffic speed and volume. As part of this we will seek to identify any issues for guide dog or cane users and would appreciate any additional feedback on the operation of schemes from RNIB and Guide Dogs Scotland.”