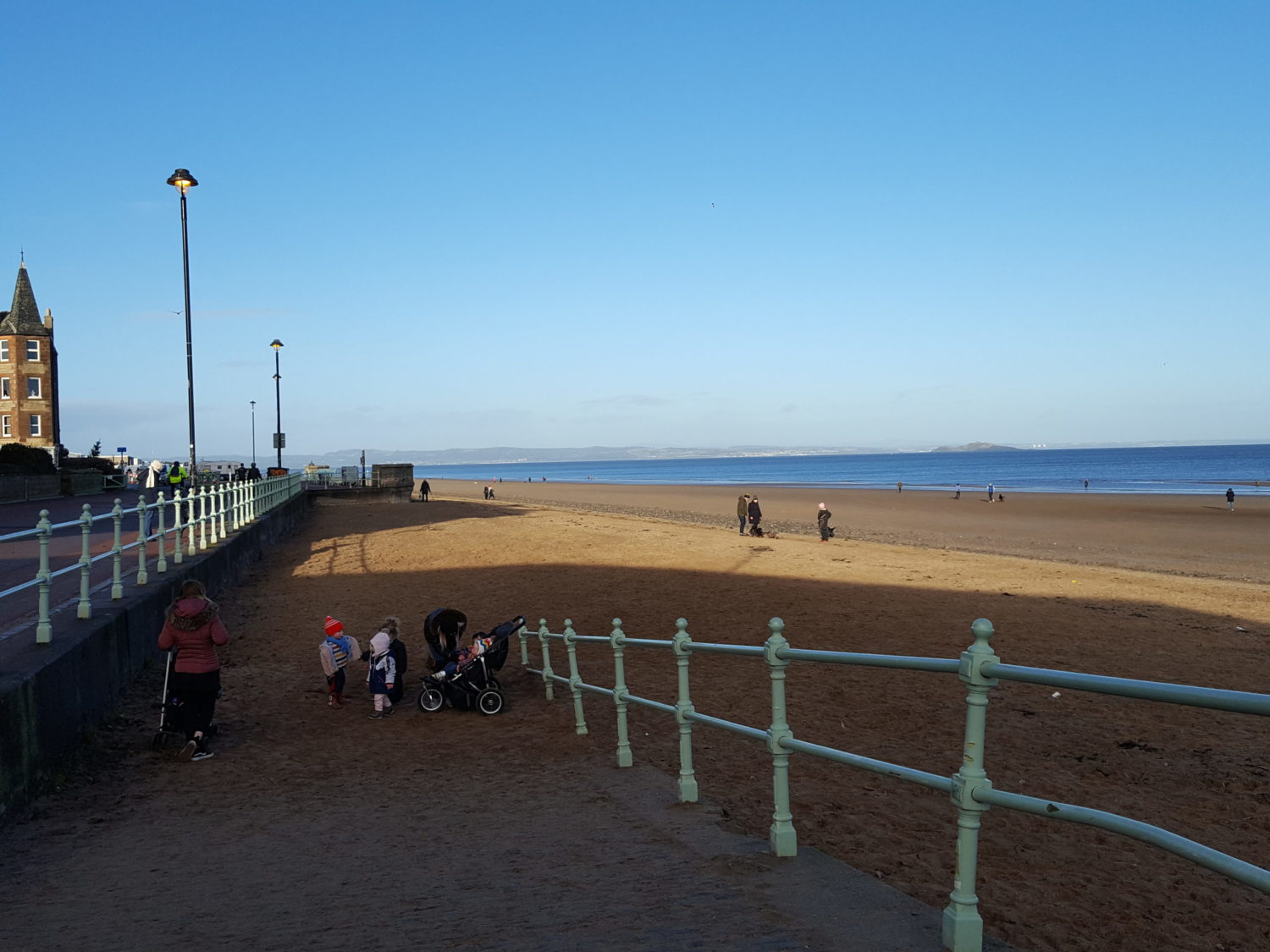 Sadly, Portobello made the headlines for all the wrong reasons during the early stages of lockdown when thousands packed the beach to grab some welcome relief and enjoy the sunshine.

Senior politicians expressed concern, particularly after disturbances, and this cast an unexpected and unwanted nationwide spotlight on the Costa del Forth.

Now, as we continue to be dominated by the world-wide pandemic, and winter begins to grip, the resort, which is only 5K from the heart of Scotland’s Capital city, is continuing to adjust to the tier system as decreed by our political masters.

Admittedly, I’d not visited the resort for some years, by-passing Portobello in favour of nearby coastal towns like Cockenzie and Port Seton, where we have linked to the popular John Muir Way.

I’ve also travelled further along the cost to fashionable and up-market North Berwick and to Dunbar, with its picturesque harbour, to cast a line in search of sea fish like cod.

My loss. Yes, there are indeed parts of Portobello in need of TLC, but a stroll down the streets leading to the splendid beach reveals substantial Victorian townhouses.

It is therefore no surprise to learn that Portobello is now a highly sought-after address given its proximity to the sea plus the cultural, retail and business attractions of Scotland’s Capital city.

Quality primary education is also cited as a magnet and a reason why house prices have spiked. First Mortgage, for example, say Portobello is one of the prettiest Edinburgh suburbs.

Their website says: “Today, the beachfront is lined with cafes and bars, and Portobello High Street is filled with independent shops and cafes. There’s a great community feeling in Portobello, with several community initiatives in place, as well as a weekly Parkrun in Figgate Park, a monthly local food market, a local leisure centre (with one of only three Turkish baths in Scotland) and a library.”

The emergence of community facilities including beach volleyball, kayaking, rowing and sailing, and a surge of artistic activity, helped Portobello become the best neighbourhood in the UK at the 2020 Urbanism Awards.

We were drawn there after an invitation from friends who live only minutes from the expansive and beautifully clean beach which is daily used by swimmers who extol the virtues of a refreshing early morning plunge in all seasons.

A club has apparently been braving the waves since 2010 and locals tell of bathers – around 99 per cent of them women, by the way – with long coats making their way from local homes to the beach at first light.

The sand quality is superb making entry into the sometimes icy Firth comfortable on the feet. It may not be that comfortable as the water inches its way up the body.

We stayed well clear of the sea which gently lapped the beach, slowly making our way along the spacious promenade past swish, modern flats with a superb sea view and more traditional sandstone properties with high ceilings, which have stood the test of time.

The prom was well-populated even on a Tuesday afternoon in late November and the water was like a millpond. Surprising that as we left our home in The Pentland Hills with the wind gusting over 20mph. It was chilly at the seaside but, suitably clad, it was pleasant.

New mums with prams, cyclists, dog walkers and those, like us, out for a stroll made this a pleasant place to be. The atmosphere was stress-free, diametrically opposed to the crowded Water of Leith which has, since COVID-19 struck, become a no-go area for many.

Bistros looked welcoming and, despite the date in the calendar, tables were invitingly placed outside. Ice cream vendors were busy as were the kiosks along the prom and the public toilets were open. Congratulations to the smiling attendant as they were spotless.

We, however, preferred the warmth of the Portobello Beach cafe/bistro/restaurant at the bottom of King’s Road, an establishment which has apparently seen many name and ownership changes in recent years.

The current management deserve applause for the atmospheric, welcoming and well-run bistro with a sea view. It sells meals as well as delightful, warming coffee and exquisite carrot cake with a flick of nuts. The lemon drizzle is also worthy of sampling, particularly by those who like a strong taste of lemon.

Social distancing arrangements and service were first class, as were the toilets. We were, indeed, tempted by items on the menu, which includes meals, but it was mid-afternoon and we had already prepared tea.

However, what a shame that a hideous collection of caravans is just yards away along the promenade, some vans displaying notification from the council that they could be moved. No wonder, some were an eyesore.

This was just one blip in an area which could benefit from a sensitive facelift, particularly as the pandemic means that staycations are in and Portobello is so close to Princes Street.

One can’t help reflecting on decisions made by city councillors over the years. Portobello appears to have been neglected. Other cities in Europe, for example, have landscaped and nurtured their waterfront.

Remember, Edinburgh has a world-wide reputation and the city has, until recently, derived much of its revenue from tourism.

Instead, parts of our waterfront leave a lot to be desired and it has a distinct lack of consistency and class. Ocean terminal and new housing a Platinum Point are steps in the right direction, as is the welcome regeneration of Leith with its quality restaurants and bars, kicking Trainspotting into touch.

The waterfront near Cramond is also well-maintained and popular, but the city needs more of that care and attention directed towards Portobello which was once popular with Glaswegians, and a mecca for Edinburgh people seeking a whiff of sea air.

The resort reached its peak in the late-19th century. The pleasure pier (381m long) opened in 1871, a year after the birth of entertainer, Sir Harry Lauder, in his grandmother’s house at Portobello. He went on to become the world’s top earning performer and was once described by Sir Winston Churchill as “Scotland’s greatest ever ambassador”.

The pier boasted a restaurant and observatory. It was demolished in 1917. Portobello was beginning to crumble as a place to be.

Also consigned to the history books are Edinburgh Marine Gardens which included an open-air theatre, a ballroom (later a skating rink) a scenic railway and a speedway track, but it fell out of use in the First World War and never recovered.

There has been a slow decline. By the 1960’s, Portobello had become an area of amusement arcades and permanent funfair attractions.

The middle-classes voted with their feet and wallets and went elsewhere. Portobello became unfashionable. So did the open air swimming pool, once heated by waste from the power station, where the late Sean Connery, James Bond, once worked as a lifeguard. It closed in 1979.

Things are changing and, thankfully, Portobello, once a haunt for smugglers, appears to be on the up.
We enjoyed the experience and will be back however I’ll pass on bringing my swimming gear for a dip. I’ll leave that to those with a stronger willpower and constitution.