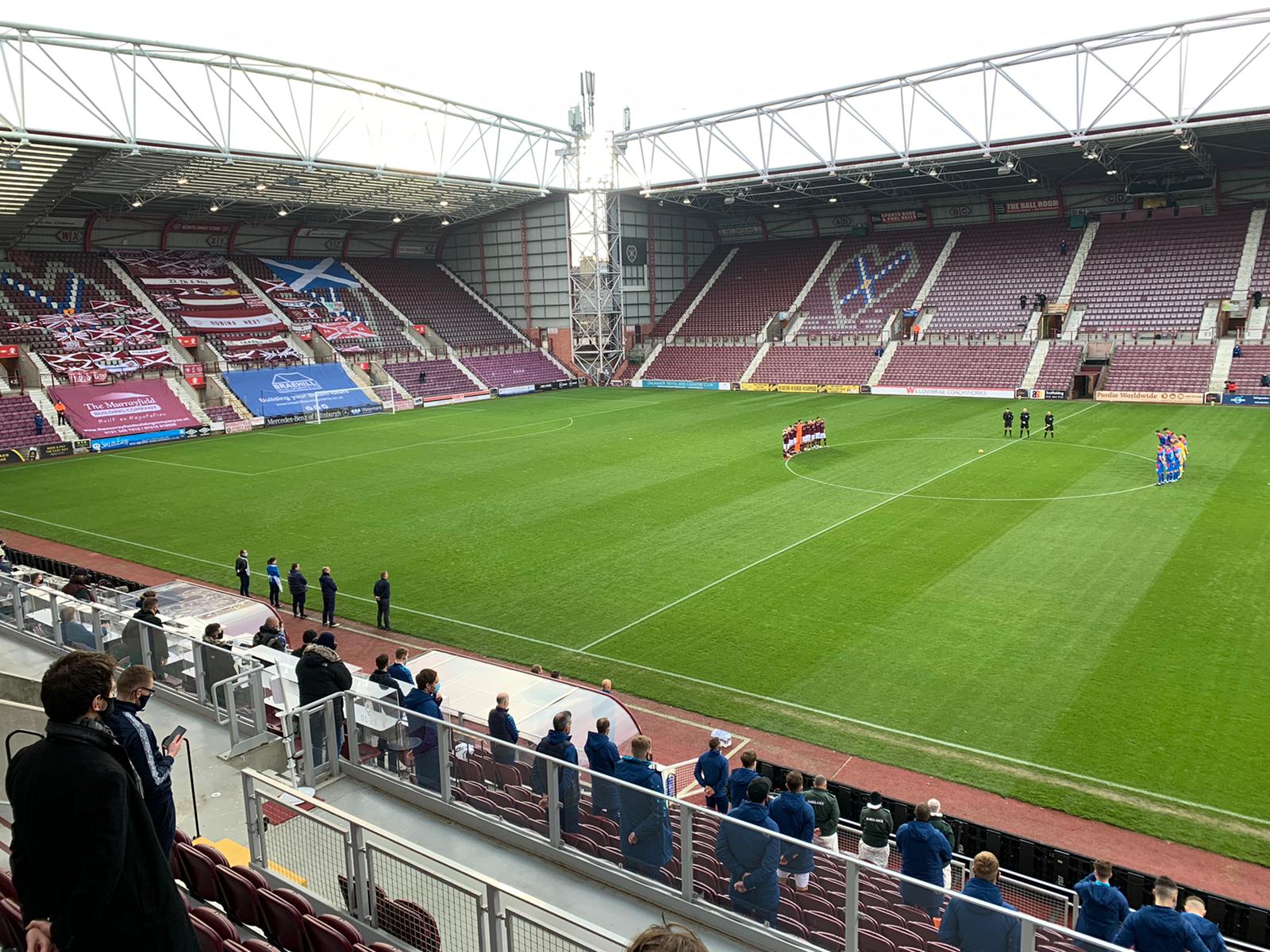 On an emotional day, Hearts were made to work hard by Inverness Caledonian Thistle for the three points but ultimately secured their seventh straight win that maintains their 100% record to the start of the season.

It was the Gorgie side’s first game following the tragic news that former club captain Marius Zaulikas died last week at the age of 36. The match also fell on the weekend of Remembrance Sunday, always a poignant time for the Jam Tarts given the famed service of a number of players and club officials in McCrae’s Battallion.

The minute’s silence in memory of the 5-1 club captain, and those who gave service, was as poignant as ever, however you couldn’t have helped feel another tinge of sadness that the added reverence of a muted capacity Tynecastle crowd was lost given current pandemic restrictions.

Hearts struggled to settle down after the euphoria of last week’s semi-final derby win at Hampden. Manager Robbie Neilson opted to field all his attacking options with Liam Boyce, Craig Wighton and Steven Naismith all starting with Jamie Walker and Jordan Roberts dropping out from the side that started again Hibs at Hampden. Christophe Berra was also notable by his place on the bench – his first place in a Hearts’ squad for a number of months.

It was a frustrating first half for the Jambos however, with John Robertson’s Highlanders providing stubborn resistance and causing some threats of their own. Without the services of the injured Ginnelly and Jordan Roberts, Hearts lacked much width and pace. They did muster up plenty of endeavour however with Kingsley and Wighton looking threatening and continuing their early season promise.

The home side sparked in to life just 60 seconds in to the second half with the influential Naismith neatly steering in a Kingsley cross, much to the relief of the thousands of Jambos watching the club’s stream at home. Hearts doubled their lead on 69 minutes when Liam Boyce notched his third goal of the season with a very clever flick past former Hearts keeper Mark Ridgers.

The Jambos started to look comfortable but a nicely headed finish by Doran on 85 minutes made it a nervy ending but they saw it out and made it three league wins from three.

On a notable week for Hearts, with the major high of a derby Scottish Cup semi-final win and the serious low of losing a young club legend, they got the job done winning 2-1 and move on to Tuesday’s Betfred Cup game away to East Fife. 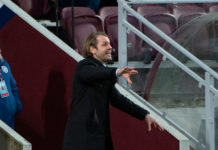 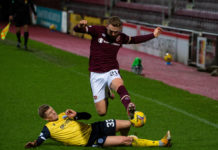 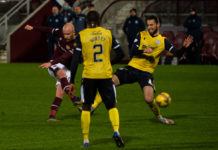