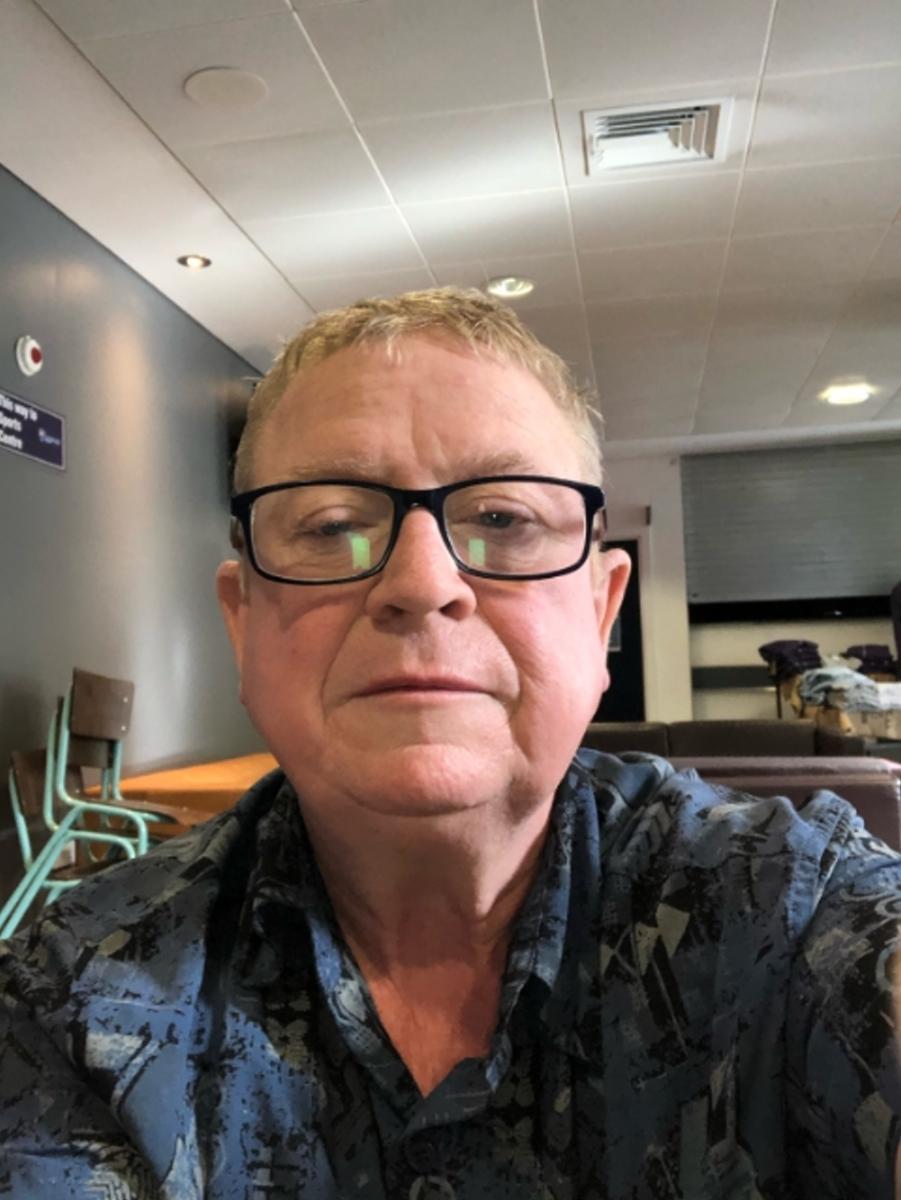 We recorded an episode for our podcast with Andy McDonald who is standing as the independent candidate for the Craigentinny/Duddingston ward in the by election which takes place on 12 November 2020.

It was an entertaining ten minutes as you can hear. And Mr McDonald introduced a new word that we had not heard before – Apricus – read on to find out what it means.

Mr McDonald began life as an academic, but he says he is not a career politician and he refuses to accept the political elite of the other parties. He used to work for Midlothian Council, but is now working on creative projects after his job was made redundant. He said: “I feel the established political oligarchy take the vote of the people for granted and that has been going on for far too long.”

Andy has local connections to the area, and is quite determined that everyone who lives and works there should have a voice. He asks only that the voters lend him their voice, and allow him to talk on their behalf.

He explained his personal history. He said: “I stood for Craigentinny 30 years ago on behalf of the Labour Party and people may recall however vaguely Will Herald he was like a regional councillor for the Labour Party. He lived at Logan Lea Loan.

“They know because of this Covid thing that people’s futures are imperilled, and it’s the future of people’s children and grandchildren not to mention taxi drivers, bus drivers, NHS workers, teachers, students, professors, lecturers basically the A-Z – apart from undertakers and midwives and online shopping.

” It seems to me that there’s potential for an independent candidate. Now independent candidates have a tradition up north of being elected. So it’s about trying to rebuild basically from the community up you know – we can’t change the world. But together we can change Craigentinny/Duddingston and then move on to Edinburgh and then beyond. So the vision is it’s time for change to shake up the political elite. Apricus – let there be sunshine, let’s move on together. Lend me your vote, lend me your voice!”

We asked Andy who he classes as the political elite?

He replied: “It’s the other six candidates It’s a local election, obviously, for The City of Edinburgh Council which is one of the finest cities in the world.

“And let’s rebuild the community. You know, it’s called social capital, bridging, bonding and linking. I’m politically independent so I would align myself based on individual issues and on the merits, if I was fortunate enough to be lent the vote and the voice of the ordinary people – you know, the people the everyday folk that work and are really concerned about the future.

“So really, my approach would be inclusive and I would be trying to get it right for old, the young the not so young, taxi drivers, bus drivers, public sector workers failing businesses, because obviously the economy’s in meltdown, the National Debt’s building, the community charge probably isn’t getting paid at the moment. On behalf of students, pensioners, families, teachers, lecturers as I say, people know what’s coming down the line.

“And then there’s going to be mortgage foreclosures, mental health issues, inflation, again, business failures and that’s going to lead to higher taxes and poverty. And people are being let down, frankly, in my view, by the established political elite, which is these party machines who are online and on message. And you know, they’ve got to come out with a diatribe that lacks an independent perspective so essentially, I believe people are fed up with the blah, blah, blah of the established political parties.”

We asked Andy to give us a rundown about himself.

Although he doesn’t live in the ward, he has done in the past. He explained: “I lived there last in Duddingston Mills for seven months. And I have historic roots there through my parents. But I’m from Portobello originally and I started off as an academic and I drifted into trade union stuff. And also local government. And I’ve done other things as well in passing.”

This was a bit vague so we asked him to tell us a little more. It turns out we should really address him as Dr McDonald…

“I worked for Midlothian Council for 15 years, I’ve got three university degrees. I’ve got a PhD, and I’m not a career politician, and I’m not going to steal the future of the people unlike what I believe, you know, my political opponents will.

“I just feel people are being betrayed whether it is businesses, the creative industries, theatres, the arts, council workers, I feel the established political machine or the machineries, because it’s plural I suppose. What about the librarians, what about youngsters, what about grandchildren and the established, you know, political oligarchy in my view, take the vote of the people for granted and that’s been going on for far too long. It’s time to inspire people. So part of my theme is Apricus Let there be sunshine.

Andy explained: “It means let there be sunshine. it’s to do with sunshine, which is hope it’s symbolic of hope.

“So what about youth work, community education, community centres, nurseries, breakfast clubs, holiday clubs, after school clubs, sheltered housing, council housing, social housing. I mean, these are the basic bread and butter mechanics of what local people are interested in. Don’t let the established political people take your vote for granted. It’s time stand up and be counted. I mean, people know what’s happening. Vote for the future, not for the past. So essentially, that’s the the ethos of my campaign.”

His campaign will have a website soon, but to our knowledge this is the only interview he has granted any of the local media during the campaign so far.

After working for Midlothian Council Andy was made redundant and now he is working on a creative project. He said: “I’m actually working on an epic poem, which has not been written for 300 years. So that’s part of the things I’m doing. But I just got made redundant. So I’m trying to be creative. I’ve got three or four plates spinning at the moment, which, you know, those are my issues though.”