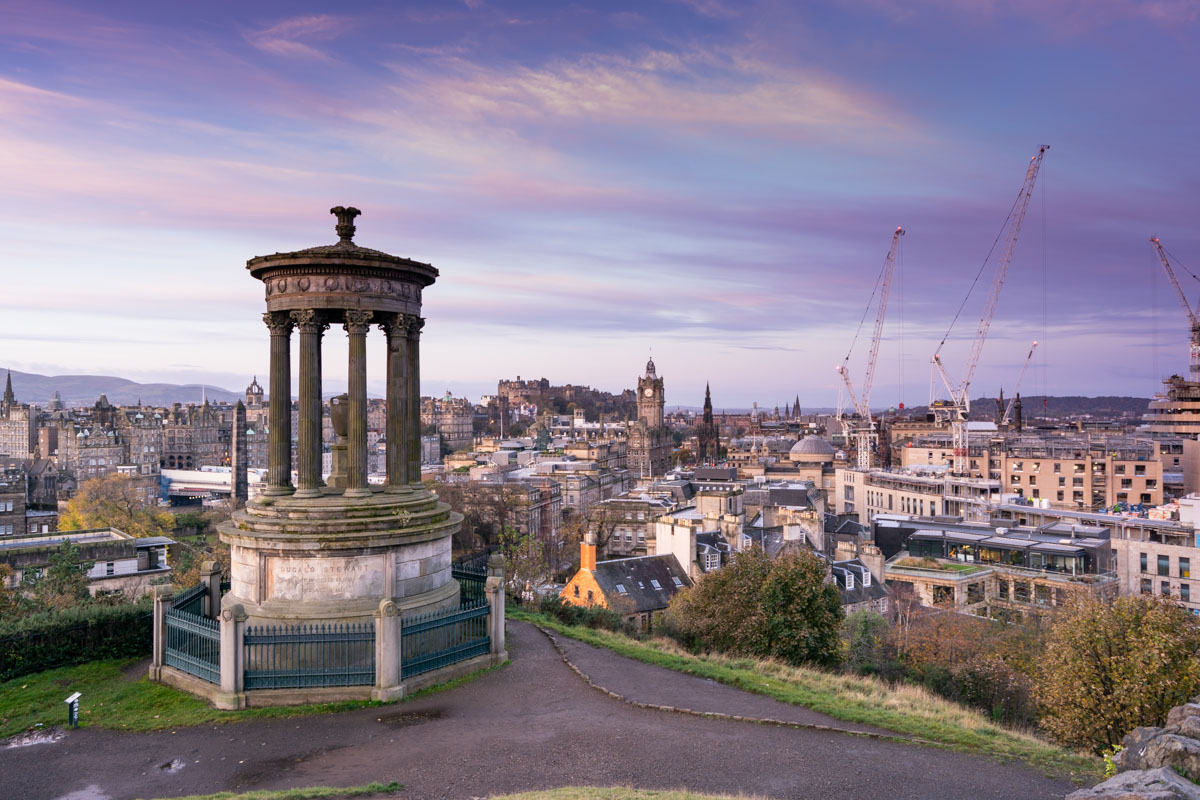 The First Minister, Nicola Sturgeon, confirmed to parliament today that the City of Edinburgh local authority area will remain in Level Three of The Scottish Government’s Covid-19 Strategic Framework.

Edinburgh was first placed in the third level of Scotland’s new five-tier system just last week, on Monday, 2 November, following recommendations from public health officials. The next review will take place on 17 November 2020.

The restrictions are in place to limit the spread of the virus in indoor settings but they allowed for a change in some restaurants and bars which had been closed until then. During the last week or so hospitality venues in Edinburgh were allowed to open until 6pm, but no alcohol has been sold.

The government plan is also intended to ensure that schools can stay open.

The government explained that there is no increase in cases, but a small increase in test positivity rate, and that the advice was to ‘continue to monitor in terms of possible future reduction to level 2’.

Other areas in Fife, Perth and Kinross and Angus were raised to Level 3 from 2 owing to the number of cases which have increased by 47% in the last 7 days in Angus, 40% in Fife and 33% in Perth and Kinross.

Earlier today the members of the council’s Policy and Sustainability Committee discussed the latest restrictions. Our thread here gives you a flavour of that discussion:

Chief Executive of @Edinburgh_CC says that Edinburgh moving to another Level in the Government's Covid-19 Strategic Framework it is about 'more than maths' It depends on surrounding local authority areas too. At present numbers here are plateauing and public health officials 1/

She was questioned by MSPs after the statement including this question from Daniel Johnson MSP, who represents Edinburgh Southern: “When the levels were first set, Edinburgh merited being placed in level 2 on the basis of four out of the five measures. Despite improvement, the city remains in level 3, and many may ask why. I understand that the decisions are based on judgments and not simple arithmetic, but, in turn, I think that that requires greater explanation and transparency. I ask the First Minister to provide a full minute or report of the decision taken in each local authority to be published, including the basis on which the judgments have been made, by whom they have been made and on what advice. I also ask that briefings be provided to all elected members when level decisions are made. That should include councillors, because, having spoken to councillor colleagues in Edinburgh, I know that they are far from clear about the basis for those decisions.”

The First Minister responded: “Cabinet makes the decisions—let me be very clear about that—and we do so after taking account of a range of advice from the chief medical officer, the national clinical director, the national incident management team and the four harms group.There is consultation with local authorities.

“The Deputy First Minister spoke to City of Edinburgh Council yesterday and had a discussion about the most up-to-date data that we have published. I appreciate that members might not have had the opportunity to see it yet, but there is a page of data for every local authority.

“When they look at the data for each of the local authorities, most people will see the reasons why we have arrived at the decisions that we have made.Daniel Johnson said that more explanation is needed of the decision on Edinburgh. The data on the number of cases per 100,000 people show that, in the most recent seven days, the change in Edinburgh has been zero; it has not gone up, but it has not gone down. Before we can be confident about moving Edinburgh down a level, with the significant opening-up that that would entail, we need to see a reduction in cases.

We are hopeful that Edinburgh will see that in the weeks ahead, although data on test positivity in the past seven days show that it has increased marginally, by 0.2 per cent. That is marginal, but it does not show us a sustained decline. All of that data is published and, ultimately, judgments must be applied on the basis of it.We are in a precarious situation with an infectious virus, and moving an area down a level is not a neutral act; it involves an opening-up, and an opening-up involves greater transmission opportunities for the virus.

“Therefore, before we do that, we must be clear that the authority concerned has the headroom to cope with increased transmission. I hope that that will be the case for the city of Edinburgh in the not-too-distant future. However, on the basis of the figures that we have, changing the level now would not be prudent and instead could run the risk of sending Edinburgh in the wrong direction.”

These measures include the following restrictions:

• No in-home socialising
• Up to six people from two households can socialise outdoors or in hospitality establishments
• Hospitality establishments are not permitted to sell alcohol indoors or out, but can supply food for consumption on premises within certain times
• Accommodation is open and follows the same rules as hospitality
• Essential (e.g. work-related) use of accommodation can continue
• Local tourism is encouraged within the local authority area only
• No non-essential travel into or out of the local authority area
• There are travel exemptions for essential travel for work, education, essential shopping, health reasons, outdoor exercise, weddings and funerals and transit through restricted areas
• International quarantine regulations continue to apply at all levels

The First Minister said that there was potential for measures to be eased if the number of Covid-19 cases declines in the capital, but said that numbers have simply plateaued rather than decreased.

Council officers work closely with The Scottish Government and other agencies, supporting businesses with the ongoing restrictions and drawing up detailed plans in anticipation of future restriction changes.

Council Leader Adam McVey said:“We fully appreciate the extremely challenging circumstances faced by businesses across the city, many of whom have worked hard to adapt to changing public health guidance. Following today’s announcement that current restrictions will remain in place here, I want to thank the hospitality sector in Edinburgh for their efforts in keeping our communities safe – we know none of this is easy.

“We know from today’s update that Edinburgh is on the right track and could soon be moved to a lower tier. This follows close engagement with the Scottish Government, and we’ll be continuing to liaise closely with them as we work to emerge from restrictions. What we must do is continue to stick to the rules if we are to reduce Covid-19 cases even further, where we can confidently ease restrictions which are currently in place to protect the public’s health and safety.

“We’ve seen a number of areas across Scotland move into more restrictive tiers today. This underlines why a cautious approach towards Edinburgh moving tiers is the right one – making sure that we’re doing so on a sustainable basis to minimise the risk of increased infections. I know businesses are worried about an approach that could see us go backwards and that’s something we’re all keen to avoid. Only if we work together to follow the rules, based on sound advice from epidemiologists, will we be able to move towards a lower tier, as safely and sustainably as possible.”

Cammy Day, Depute Leader, said:“Thanks to all those who have followed the rules over recent months we have seen an encouraging downward trend in Covid-19 cases. It’s disappointing that businesses will miss out on benefits from trading during these challenging times, at least for now, but we recognise the need to be cautious.“We will continue to engage closely with the Scottish Government to maintain our unique city’s approach while supporting businesses to comply with guidance and to maximise income during this time. Through a measured, informed strategy, based on expert advice, we can move toward a lower tier and the reopening of businesses across the Capital.”