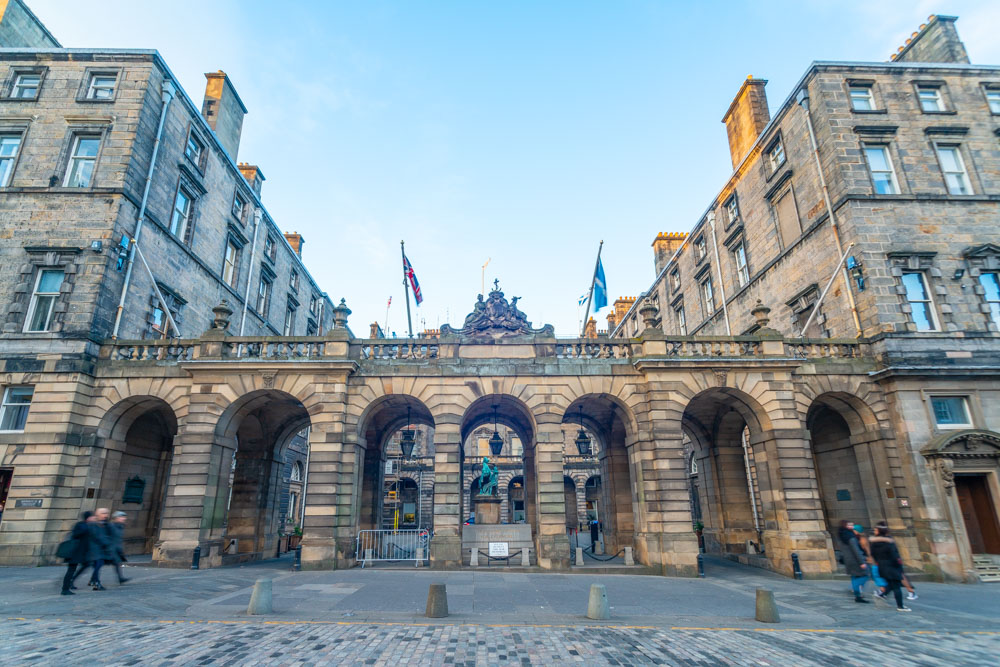 At the end of a busy week we recorded the latest episode of our podcast with Cllr Adam McVey who leads the SNP/Labour coalition which runs The City of Edinburgh Council.

This comes at the end of the week in which the government announced which level of their new Strategic Framework would apply to us here in Edinburgh, which has not been met with universal approval.

Opposition politicians have criticised the council administration saying that they had not done enough to stand up for the city, which might otherwise have moved down a level to lower restrictions in Level Two.

Cllr McVey said: “The clear rationale we were given by the public health officials is the uncertainty around Ednburgh’s position right now. This is down to hard work by businesses and citizens. Our numbers are going down. We are now at less than 100 cases per 100,000 but just two weeks ago that number was above 100. Public health officials are keen that this trend is solidified before we move to a lower tier.”

McVey admitted that while he is not happy with the tier status, he did not openly challenge the view of the public health officials but accepted it as he very much accepts that they are the experts. He reflected that the numbers which we have managed to progress to over the last couple of weeks remain fragile, but said that he was keen however that Edinburgh does not stay at any level of lockdown longer than it has to. And, he did ask about a whole series of assurances around business support and its continuation as well as financial help for the council.

He continued: “This has been hugely impactful on the council budget which we just set in February

“We certainly do need more financial support. Particularly for the next financial year, we will need more support to deal with these issues and continue to build on the progress that we need to make for our city and the investments we need to make in our communities to help tackle poverty and drive down carbon emissions. We will need that support and discussions are ongoing.

“The UK Government’s change in the date of their budget is causing real issues. It causes real issues for The Scottish Government setting their budget and that is having a huge knock on effect on the way we can plan our budget. There are basic assumptions which need to be addressed before we set a final budget and the UK Government’s callous disregard for anybody else’s timescales other than the ones that they want to invent are really having a massive detrimental impact. So we do need additional resource but also certainty about what that resource is. All of that is in the gift of the UK Chancellor.”

I had a couple of other matters which I wanted to ask him about – the plight of taxi drivers in Edinburgh and also the amount of money which is to be spent on the whistleblowing enquiry. The Chief Executive said yesterday the cost would likely outstrip the £600,000 set aside for it.

And finally to end our conversation I asked him to comment on the recent announcement about Jim Scanlon the Chair of Leith Links Community Council who was awarded an MBE. A much deserved accolade and a nice way to finish the latest episode of our podcast which you can listen to here.