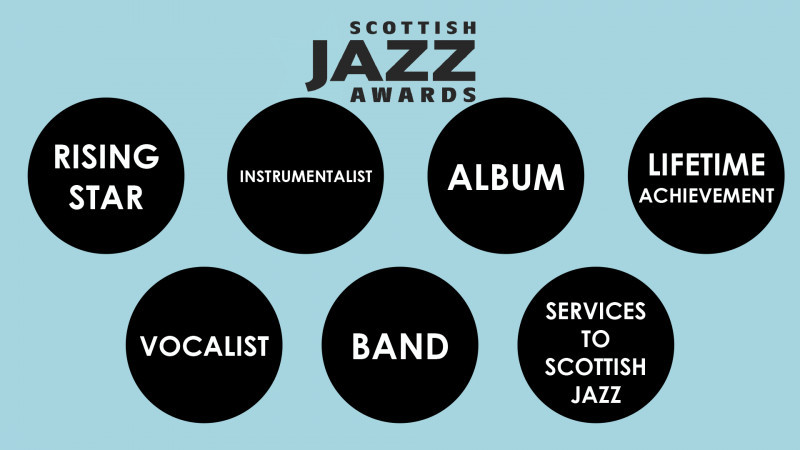 Apart from all the usual categories for performers, two further award winners were chosen by the panel of industry specialisits, press and promoters from across the UK this year, including the Services To Scottish Jazz Award sponsored by Ticketmaster. This one celebrates those working behind the scenes in the industry, and that is very much what Rob Adams does.

We spoke to him this morning, and asked about the award. He said: “Why did I win? I don’t know because I’ve spent the last six months telling musicians their gigs are all cancelled. But I’m honoured and flattered, and would like to dedicate it to the musicians, promoters and festival organisers out there because, without them, I couldn’t do my job, whichever hat I’m wearing, be it journalist, agent or promoter.”

A spokesperson for the Scottish Jazz Awards said: “This year more than ever it is important to shine a light on people whose work may not be on the radar of the general public but who are keeping the cogs turning in the industry.  We felt it is best for the panel to choose the winner in this category as they could nominate their peers who were best deserving of the recognition. We asked the panel to suggest people or organisations who have been active on the jazz scene for many years.”

You can watch the Virtual Ceremony again on the Glasgow Jazz Festival My Player channel.

As well as the award for Adams, the other categories of awards and winners can be found here.

The awards are organised by Glasgow Jazz Festival and supported by the National Lottery through Creative Scotland.