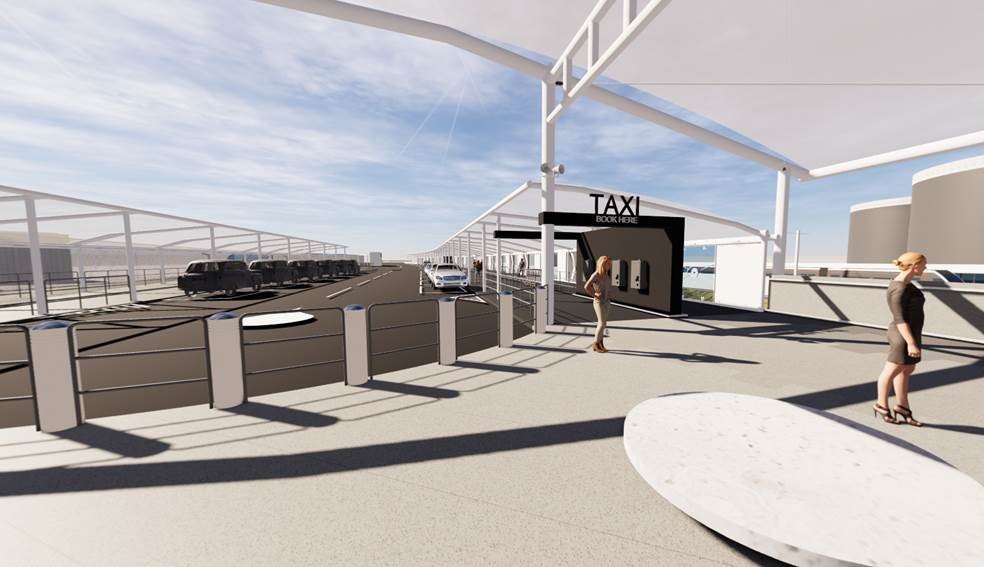 Changes to Edinburgh Airport’s forecourt will be introduced next month to help the airport cope with the challenges of the Covid-19 pandemic. They are also being made as a response to feedback from users and passengers.

The changes will include the following:

The changes will come into effect from 9 November 2020 and will be supported by new signage in the area and messages on social media.

The airport states that feedback has been an important driver of these changes, but the decision to make the changes has also been influenced by the severe impact of Covid-19 on the airport, and the extremely challenging business conditions it finds itself in.

Edinburgh Airport’s passenger numbers are down 91% on last year and are not expected to recover until 2022 at the earliest. The owners say that a crucial part of the recovery will be remaining competitive to attract airlines and routes – and save as many jobs as possible going forward. They hope the changes being introduced will increase revenue and assist the airport in finding a balance to remain competitive to deliver and preserve connectivity to and from Scotland.

The new East Terminus facility was begun before the pandemic hit and has been prioritised to be completed given its impact on passenger experience.  It will be one of the last capital projects at the airport until financial conditions improve.

Gordon Dewar, Chief Executive of Edinburgh Airport said: “The changes will make things easier to understand for users as requested in much of the feedback we received, as is the doubling in time for use in that area. We’ll also be offering incentives for those with electric cars as we move towards more sustainable methods of transport

“However, we can’t deny that the drastic impact of Covid-19 has also forced our hand on the pricing change. We are 91% down on passenger numbers, with less routes and airlines operating, and we’re having to operate with a quarantine policy that is a travel ban in all but name. All of that drastically impacts on finances and right now we stand to lose £60 million in 2020, which makes it incredibly difficult for us to remain competitive and attract back those airlines and routes in the coming months unless we increase revenue to survive a very bleak winter.

“More importantly, we don’t want to lose more staff – we want to preserve as many jobs as possible. We’ve already had to say goodbye to a third of our workforce through no fault of their own and we’ve done that to right-size the airport, but forecasting future passenger numbers is almost impossible at the moment so we don’t quite know what size that’ll be. To make sure we are ready to recover then we have to have a staff base that allows us to do so.”

The new £7 million East Terminus will also open in November, providing a dedicated facility for taxis and private hire cars, and is partly made possible by drop-off and pick-up charges

Gordon added: “This is one of the airport’s biggest capital projects in recent times and was one we were keen to see through despite the Covid-19 pandemic. We have to change to make access easier and the East Terminus is the first step in a wider project that will include a second access road.

“It’s also an example of how those charges are used to make improvements for all users and keep the airport competitive and attractive to airlines, who want to know their passengers can get to and from their start or end destinations as easily as possible. We’ll continue to make improvements where possible, but finances will clearly dictate.”