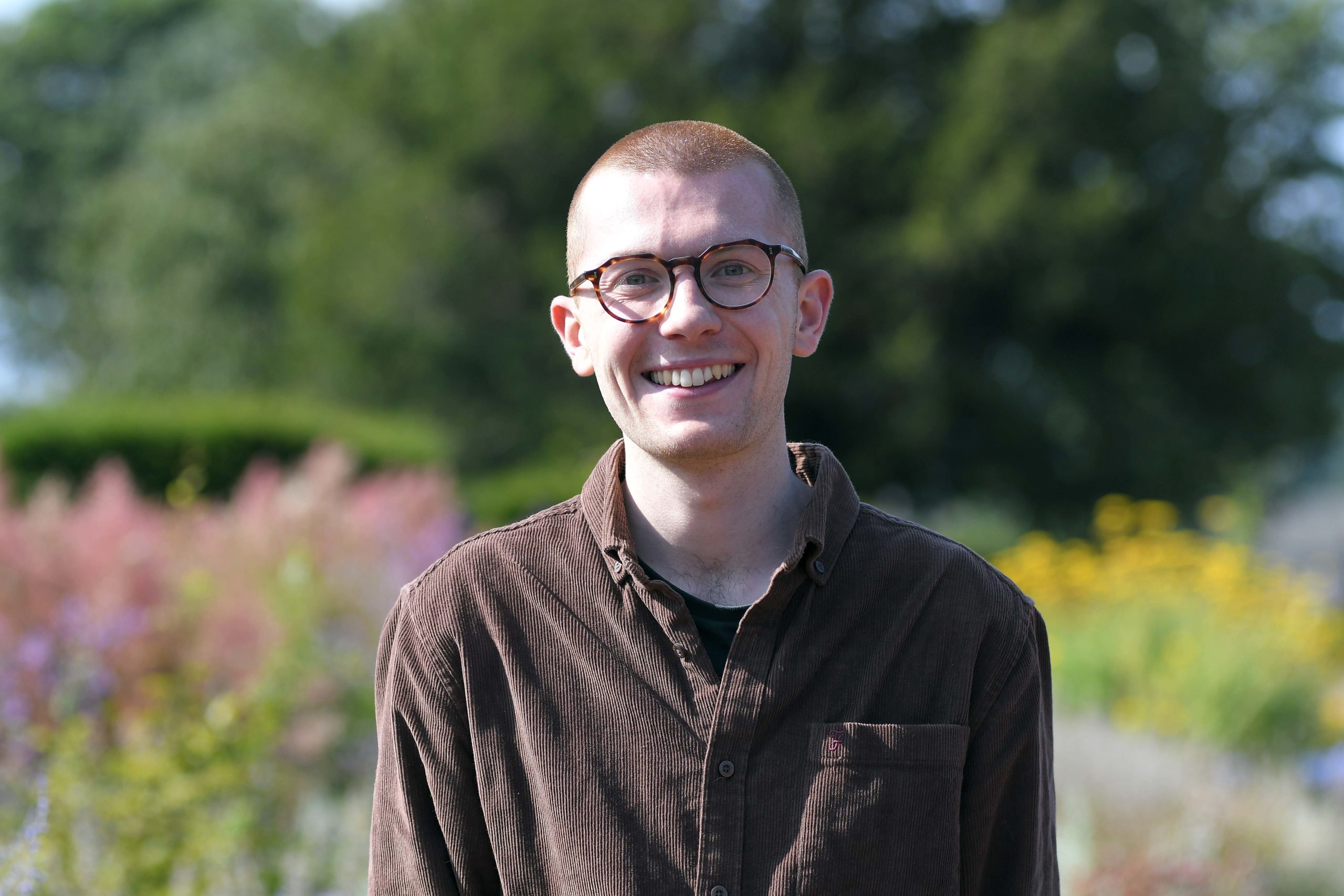 Ben Parker is the Scottish Green Party candidate for the Craigentinny/Duddingston by election. He is by his own admission the youngest candidate at 24, but is already experienced in politics.

He has lived here since coming to university in 2015, although is originally from North Yorkshire.

Here is what he told us during our interview with him – and you can also listen to it above on our podcast channel:

Ben said: “I am very excited to stand in the by election. I think it’s more important than ever, that we get Green voices elected to the City Chambers. I think Greens have got a really strong track record in Edinburgh standing up for issues to do with the climate, standing up for issues to do with poverty and making sure that we support all of the people that live in Edinburgh. I’m really excited to be the candidate and to get stuck into the campaign.”

There is already one Green councillor in the four member ward, Cllr Alex Staniforth.

Ben continued: “I think the one thing that is really exciting about the ward for us, is that, you know, we’ve already shown ourselves to be a real credible alternative to the status quo. The council has been run by the SNP and Labour since 2012. In that time, we’ve seen our Green councillors make a huge amount of difference on all kinds of issues sort of pushing them to be stronger and bolder. And you’re exactly right, that we’ve already elected a Green councillor in Craigentinny/Duddingston. So we know that there’s enough Green votes in the ward to win this. So if people like what Green councillors have been doing already, then they absolutely can put their confidence in the Green Party this election too, and hopefully, increase our representation again.

“One of the main things that we’ve been talking to residents about so far in the by election campaign is provision for active travel in the area. Through the Spaces for People programme, we’ve seen a lot of good work happen across the city, to make sure that there’s better support for people who are walking and cycling. But we think that there’s definitely more that can be done, things that are happening in the ward already.

“And at the moment, because we have been prioritising cars at all costs we just haven’t seen that be the case. So the things that we’re standing up for is greater investment in walking and cycling, to improve air quality and make our streets safer for people and that’s a huge part of our campaign.

“One issue that I care a lot about is housing. I currently work for a disability housing charity. So it’s definitely kind of one of the interests that I have. And I think, particularly in the context of coronavirus, we’re talking about the idea of sort of changing the status quo and changing the way things are being done.

“Things that Greens have already done on the issue of housing, we secured funding to bring an empty homes officer into posts in the city council. Their job is essentially to root out the kind of homes that are in the city or the properties in the city that are laying empty and turning them into homes that people can live in.

“The Edinburgh Poverty Commission came out recently and said that there’s no way that we’re going to be able to tackle poverty within the city without getting a grip on the housing crisis. So, you know, one thing that we absolutely would intend to do, is build more social housing, tackle high rents, tackle the runaway numbers of short term lets in the city. But, you know, that’s just one example of a not so obviously, Green issue that we care a lot about.

“I was brought up in North Yorkshire and I came to Edinburgh for university in 2015 and I graduated last year. I’m 24 and I think I’m right in saying that I’m the youngest person standing in the by election. I certainly would be one of the youngest members of the council, if elected.

“In terms of what sort of attracted me or interested in terms of getting involved with Green politics, I think it was just the idea that, again, Greens are offering a credible alternative to the status quo. I think that what Greens are able to do is kind of hold the, you mentioned the SNP, you mentioned Labour, already, obviously, they are the council administration at the moment, what Greens are able to do is kind of hold the council to account and pressure them to make better decisions for people and for planning. You know, and I think, from a personal perspective, that’s something that I think is a good thing. I work for a disability housing charity, I mentioned already, you know, one of the things that motivates me is the idea of being involved in something which is about helping people. And that’s absolutely what I would want to do as a councillor. And I think Greens are in a really unique position, just in terms of the makeup of the council right now to actually, you know, secure a lot of wins for people by kind of holding the administration to account like I say so that’s, that’s one thing that I’d be really excited to do if I was elected.

“The campaign has looked very different, because of Coronavirus. So we’re doing a lot more sort of digital campaigning. We are doing leaflet deliveries, as you mentioned, but we’re not doing canvassing or anything like that. So I think that has been very difficult. But I think in another sense, the the campaign in terms of Covid in the context that it sits in, it’s been heartening in different ways.

“I think when we have spoken to people when we have interacted with people online, you know, there’s a real appetite for change out there and a real desire for us to do things differently. I think people recognise that the talk that that that’s going on about how we can ‘build back better’ from the pandemic. I think people are recognising that, you can’t do that by voting for more of the same.

“They know that Greens have been campaigning on all of the issues, which the pandemic has laid bare for people and we’ve got a strong track record on those. So I think the issues that we’re talking about the things that lots of people talk about in terms of problems associated with Covid and the sort of negative impacts of them, you know, people are aware that actually these haven’t been caused by Coronavirus. You know, these have just been made worse by the crisis.

“So, if we’re talking about things like precarious work, you know, talk about jobs in hospitality, for example, you know, people are fully aware that Coronavirus hasn’t caused bad working practices in precarious labour, low pay poverty wages, you know, those existed before they’ve just been made worse by the crisis.

“People talk about social isolation. We know that that has existed before that has been caused by years of cuts and austerity politics, you know, cuts to our libraries, to public services to community centres. It’s been made worse by Covid. But these problems existed before. Similarly the lack of support that we’ve seen for tenants throughout Covid. You know, it’s not the case that bad housing and bad practice by landlords has been caused by Coronavirus. It’s just been made clearer that actually the the response of the status quo has been to prioritise landlords and not tenants.

“I think people, you know, people are aware that all of the problems that are being discussed, you know, they’ve actually just been made worse by the pandemic, and they’re ready now to do things differently. And they know that to do things differently, they have to vote differently to It has been a very difficult campaign, it has been a very different campaign. But like I say, it’s been quite heartening, because I think the conversations that we’re having are the sort of conversations that greens have been having for a long time. And that that’s quite exciting for us as a party and and for me as a candidate, because it kind of feels like you know, we are regarding really making some headway in terms of making the positive changes that we need to see in our recovery in response to the pandemic.”

The candidates for the ward are:

Find out more here about the Craigentinny/Duddingston by-election, including all the safety measures in place. 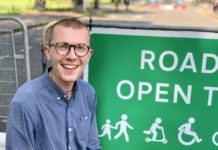 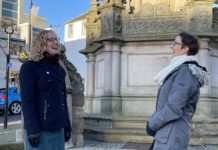 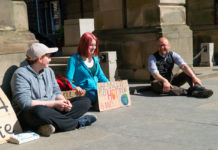 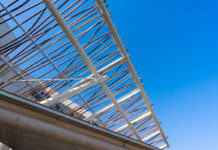