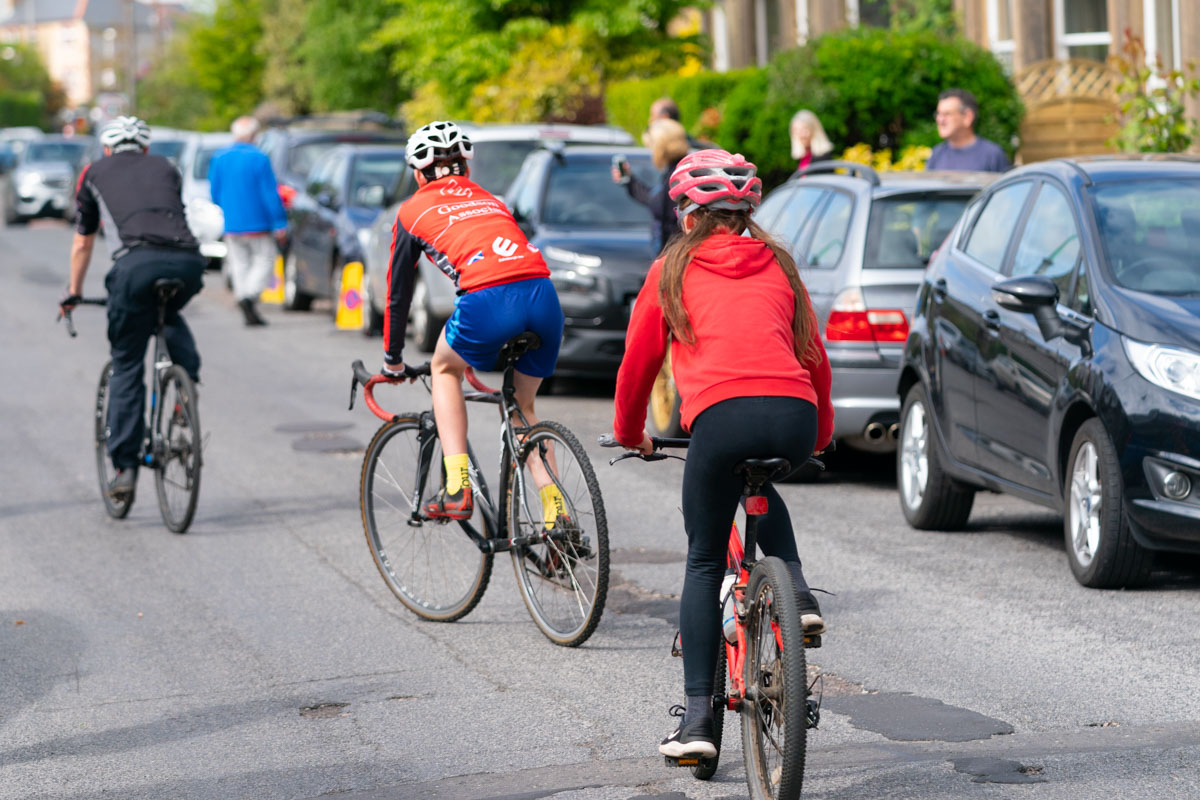 Liberal Democrat councillor Neil Ross’s attempts to delay the introduction of a Quiet Route from Greenbank to the Meadows by imposing a requirement to hold three months of consultation were thwarted today.

After almost an hour of discussion, it was noted that the Transport and Environment Committee had already agreed to discuss all of these plans at their November meeting, including some of the suggestions put forward by Blackford Safe Routes. The Transport Convener was at pains to point out that discussion of the scheme has not yet started but there is plenty of time to do so between now and November.

Cllr Ross’s initiative appears to have started from a councillors’ briefing note which he was accused of ‘leaking’.

It appeared to be a thinly veiled political attempt to draw attention to the administration’s plans to close more roads and streets in the south of the city, but these have not yet been approved or even discussed. Cllr Ross suggested a detailed alternative quiet route not involving any road closures, but which included traffic calming measures on both Hermitage Drive and Midmar Drive.

The thrust of his argument was that the council is misusing the TTRO under Covid-19 emergency regulations for this scheme as there is ‘no evidence that any users of the route have any difficulties meeting the social distancing rules’. He said: “There is really no justification for using a temporary traffic regulation order to implement this scheme. Imposing change without engaging residents in advance is not the way to convert people. It comes across as undemocratic and an abuse of power.”

He also asked for the reopening of Braid Road with a new pedestrian crossing at the Hermitage. The councillor asserted that he has lived in the ward for 33 years and his local knowledge allowed him to state that this is already a quiet route, except for rush hour at either end of the day. He said: “Cyclists have told me that they fear the road surfaces as sections of this route are in poor condition. I have to ask what studies or assessments have been made of the traffic levels on main roads? Such assessments must be made public.”

He also claimed that the closure of Braid Road has led to an increase in pollution and emissions, but provided no actual evidence to back that up.

The Transport Convener, Cllr Lesley Macinnes, explained that Cllr Ross had ‘jumped the gun’ by setting out his alternative route in such detail. She said: “Councillors got a briefing on this. The intention was that we would bring that report forward to 12 November, at the Transport & Environment Committee, that will of course get plenty of opportunity for proper democratic scrutiny by elected members, which is right and appropriate. But it also gives an opportunity for engagement with the key stakeholders and that process has not yet started. It would appear that from some of the comments being made around this motion, that there is an expectation that that should already have taken place. It is a process we have yet to go through.”

She mentioned that Blackford Safer Routes have already made this request. She continued: “They are a community led organisation which has been calling for this precisely. They have recognised this need for quite some time. In fact I met with them over a year ago about this aspect of it.” The coalition has agreed to hold a meeting with all relevant ward councillors and transport spokespersons, which will be convened by the Transport Convener, before 3 Oct 2020, to allow questions to be raised and for a comprehensive briefing on these proposals to be provided, including ‘clarification on community consultation’.

Cllr Nick Cook claimed that residents’ views are not being listened to. He said: “I want Braid Road reopened pending public consultation. It is causing congestion and is bad for public transport. Cycling appears to trump all, including the future of Lothian Buses.”

Conservative Transport Spokesman, Susan Webber, said: “Councillor Ross’s motion is extensive. And we are only seeking to reinforce the critical requirement to involve all of the relevant communities and stakeholders because quite frankly, we have seen what happens when you don’t do that elsewhere in the city.”

Green councillor Melanie Main said: “It will link all the schools, primary schools and parent councils and many, many parents have already said they’re supportive of this. It provides a link to our local cinema and many shops. This quiet route is a fantastic idea linking Fairmilehead with the City Centre. I have had a flood of support for it since the Liberal Democrats started this campaign. This appears to railroad through the wonderful and really foresighted Blackford Safer Routes scheme that has been worked on and is supported by Sustrans and by the schools.”

Cllr Scott Arthur is a Labour councillor in the adjacent Ward. He said: “The core of this is that there is a need for Fairmilehead to be better connected to the outside world in terms of better cycling infrastructure. Connecting it to the city centre – there is a long-standing need.

“But people in my ward wonder why Braid Road is to be closed while we are installing cycling infrastructure on Comiston Road only a short distance away.

“Cyclists who live locally, Spokes activists and council officers, all accept that Braid Road is not popular among cyclists because there’s a particularly steep section on it and an adverse camber.

“So a bit of clarity is needed around this, and I welcome that there is a meeting proposed of ward councillors and hope that Ward 8 councillors will be included in that. I also want the options put to the committee to include the reopening of Braid Road in some form and I would like this included in the Business Briefing for the October Transport and Environment Committee.”

This is a map produced by the Spaces for People team which is based on the liveable neighbourhoods plans by Blackford Safe Routes: