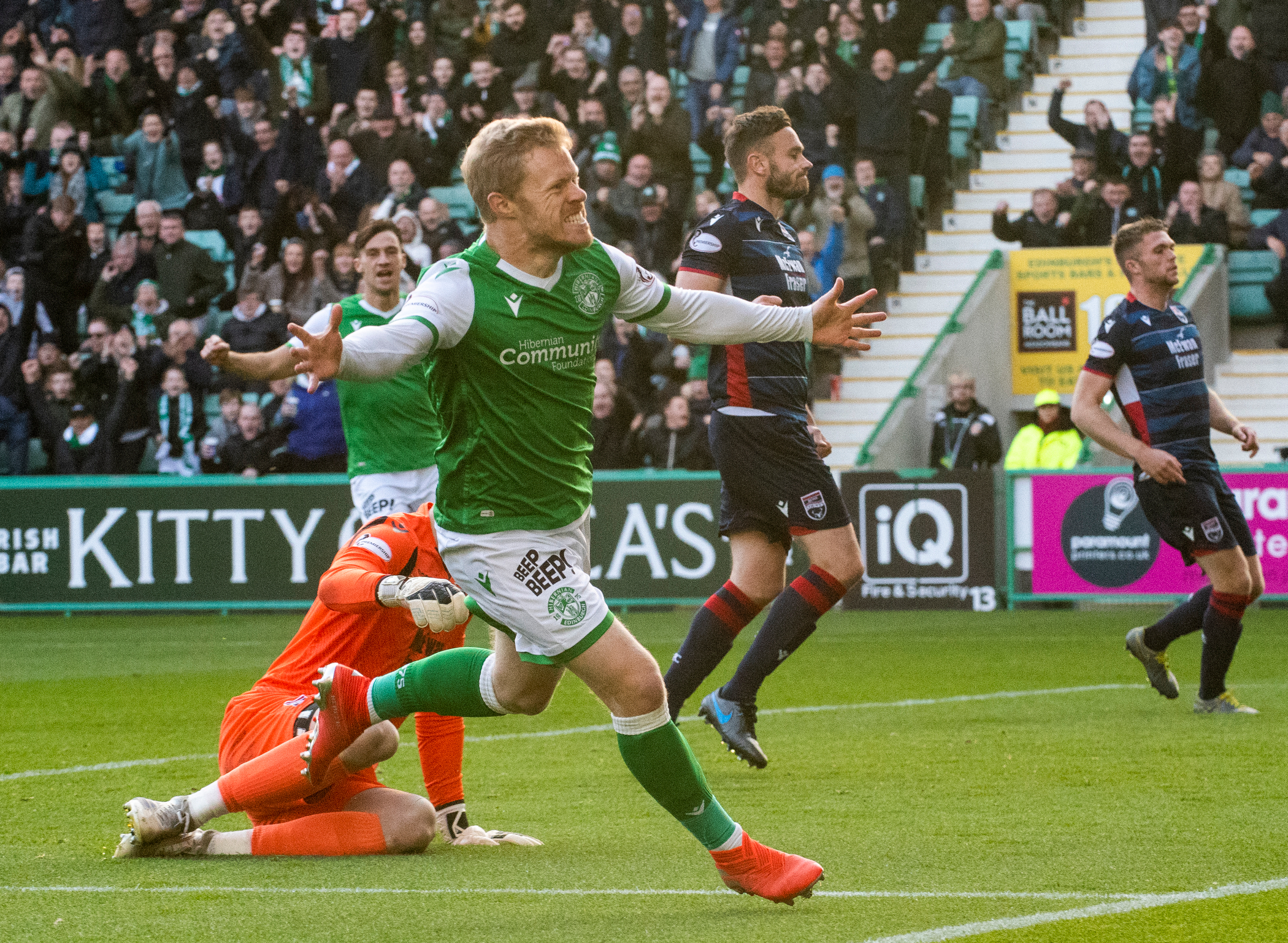 The Republic of Ireland international who had started four of Hibs first five Scottish Premiership fixtures was in fine form at the Tony Macaroni Arena where he provided two assists for Kevin Nisbet in the 4-1 victory.

Hibs Head Coach Jack Ross said: “Daryl was a genuine pleasure to work with – a manager’s dream in the way he applied himself every day.

“I’m disappointed to lose him but it’s a good opportunity for Daryl and his family. I wish them all the luck in the world.”

A statement on the Hibernian FC website reads: “A model professional and well-liked member of the dressing room, everyone at the club would like to wish Daryl all the best for his new start at Adams Park.”

After signing from Preston North End, the 28-year-old had an impressive start to his Hibs career scoring on his Easter Road debut in a 3-2 victory over Ross County.

The highlight was obviously a memorable double at Tynecastle as Hibs fought back from a goal down to record a 2-1 victory in the Edinburgh derby.

He was out of contract at the end of the season having joined Hibs two years ago from English Championship side Preston North End and  was left out of the squad on Sunday with new signing Jamie Murphy, who has joined on a season-long loan from Rangers ahead of a permanent move, taking his place on the bench.

Wycombe, who are set to play in the English Championship for the first time in their history having earned promotion through the 2019-20 League One play-offs signed Hearts’ striker Uche Ikpeazu last month.

Wycombe manager Gareth Ainsworth said: “Daryl is someone we’ve kept an eye on ever since he put in that outstanding performance against us and we believe he’s ideally suited to the way we play. He’s quick, he’s direct, he loves to run at the defence and he’s got a strong goal threat in terms of scoring and creating chances for his team-mates.

“I’m excited to see what he can do for us and his arrival gives us extra firepower going forward as we look forward to starting on the front foot in the Championship in 10 days’ time.”