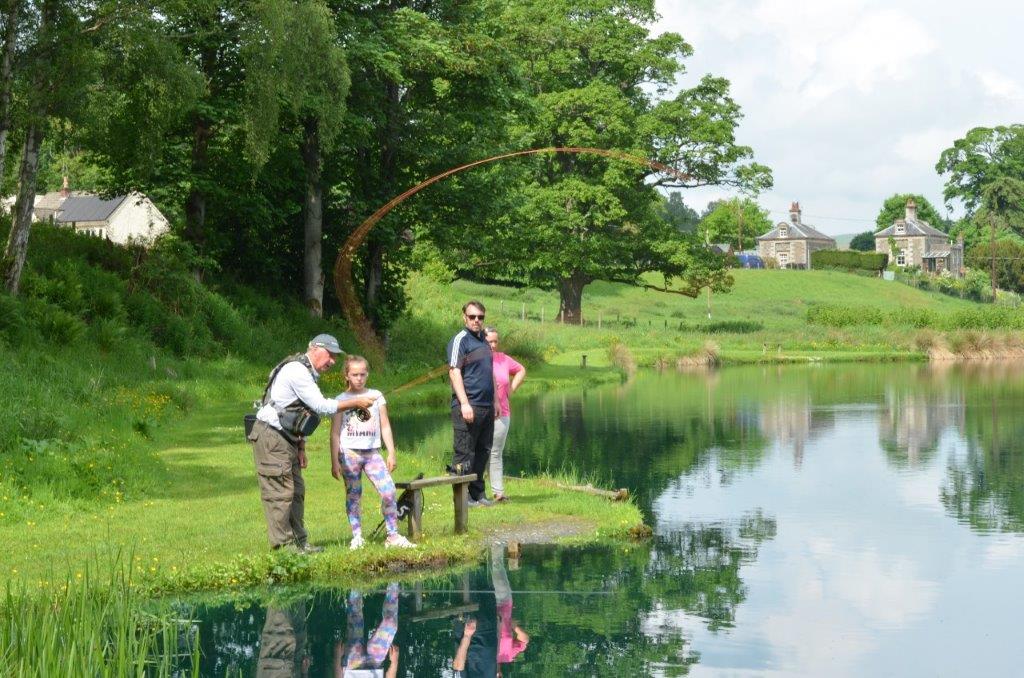 The Moorfoot Hills looked majestic in the September sunshine, the green and brown tints on the slopes highlighted by the cloudless blue sky.

The light also brought the fir trees clinging to the lower slopes into sharp focus and the light wind resulted in a pleasing ripple on the water at Kailzie Trout Fishery.

It was shirt sleeve weather in the sun but a tad chilly in the shade and the freaky wind, moving one way then the next, made it difficult for some anglers,

Ronnie Wilson, however, mastered the conditions to hook an 8lb rainbow trout. The rest of the anglers could only applaud the Innerleithen angler and curse their luck.

Still, it was a pleasure to be in the Tweed Valley on the day even if the trout failed to come out to play for several anglers who worked hard with no reward.

However, we were unfortunate as Kailzie fishery manager Jimmy Barrett confirmed that the water has been fishing really well in recent days.

The weather has cooled the pond and small black flies fished on the top of the water have been attracting the trout.

So have damsel patterns. I tried them both and they failed to tempt a fish. Another day perhaps.

However, we could not have asked for more appealing surroundings to have a cast with the Moorfoot Hills to the north, Southern Uplands to the south, Cardrona Forest a couple of miles away and Glentress Forest nearby.

And, it was also pleasing to see a youngster called Riley enjoying the sport with his grandfather. He looked the part with a fishing waistcoat and wellies and he excitedly told us about the five fish he caught “all by myself” in the wee bait pond which adjoins the fly pond at Kailzie.

The sport desperately needs young anglers as enthusiastic as Riley and hats off to grandad for teaching him the basics of what is a splendid hobby for all ages.

We’ll be back at Kailzie seeking those elusive trout but we still enjoyed our session in the fly pond at the welcoming venue which does such a great job in promoting the sport among the young and those with physical disabilities and mental health issues.

The excited chatter of two little girls at hooking a trout in the bait pond on our visit, and the smiles of delight from others noted in previous visits, tells you all you need to know about the power of fishing as a tonic.