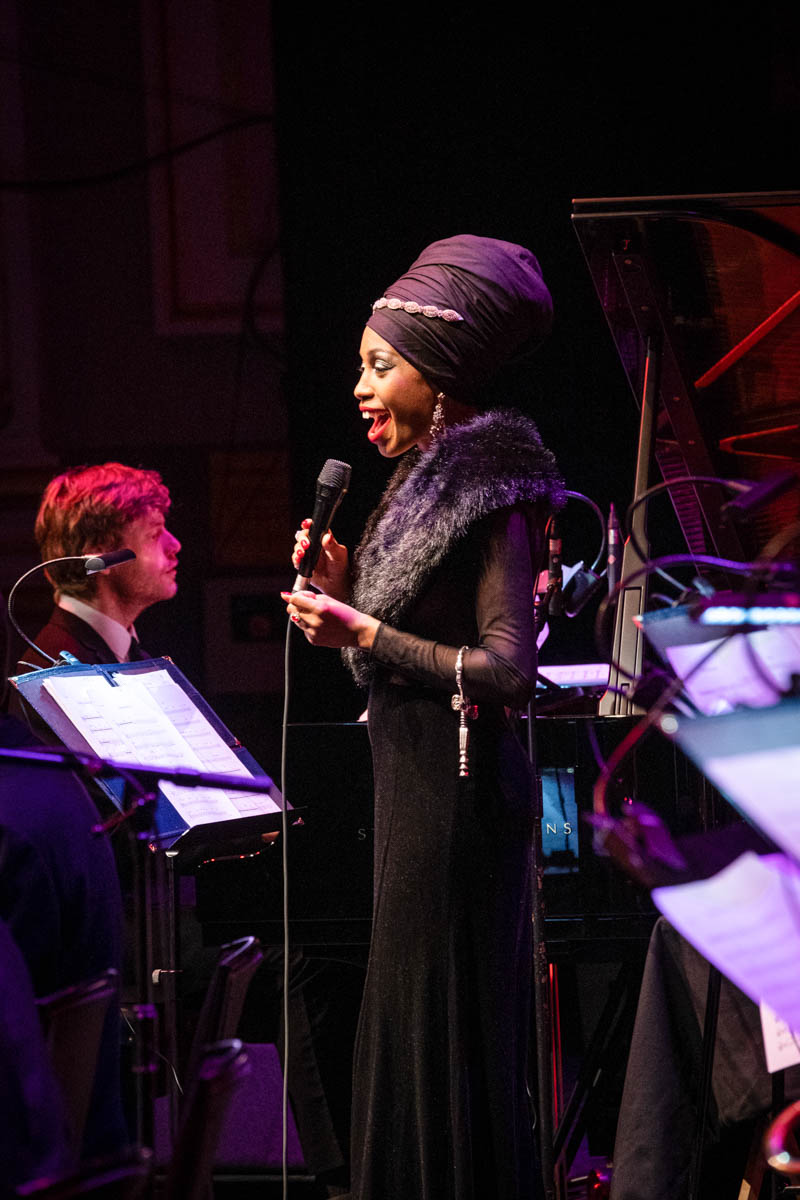 She is Jazzmeia Horn and when she made her Scottish debut with the Scottish National Jazz Orchestra (SNJO) in November 2019, she entranced audiences in Edinburgh, Glasgow and Perth with her singing.

Now the Texas-born rising star, who has earned GRAMMY nominations with her first two albums, is the special guest on the Scottish National Jazz Orchestra’s new video, Free Your Mind, which is due online on Tuesday 18th August 2020.

Free Your Mind was written by Ms Horn, who channels her social observations as well as her personal experiences into her compositions and singing.

It was arranged by Bill Dobbins and recorded during the singer’s concert with the SNJO at the Usher Hall in Edinburgh on 19 November.

“The first time I heard Jazzmeia Horn, at Rochester Jazz Festival in New York, I was hypnotised by her presentation of each lyric,” says Tommy Smith, founder of the SNJO.

“It was so vivid and credible, her storytelling and improvisation took jazz singing to another level. After the concert I bought her CD and decided that we had to introduce her to audiences in Scotland.”

Critics were enthralled by Ms Horn’s performance with the SNJO, with London Jazz News’s reviewer describing her singing as “stunning” and singling out Free Your Mind as “surely destined to be a standard of the future.”

Ms Horn, who has been mentored by top singing talents Bobby McFerrin and Jon Hendricks, of Lambert, Hendricks & Ross, grew up in Dallas and was given the name Jazzmeia by her grandmother, a church pianist and jazz fan.

Still in her twenties, she won the coveted Thelonious Monk Institute International Jazz Competition in 2015 and cites the great jazz singers Sarah Vaughan and Abbey Lincoln among her influences.

Free Your Mind will be available to view on YouTube from 2pm on Tuesday 18th August https://youtu.be/cW-QHnW-WE8

All images credit to Derek Clark