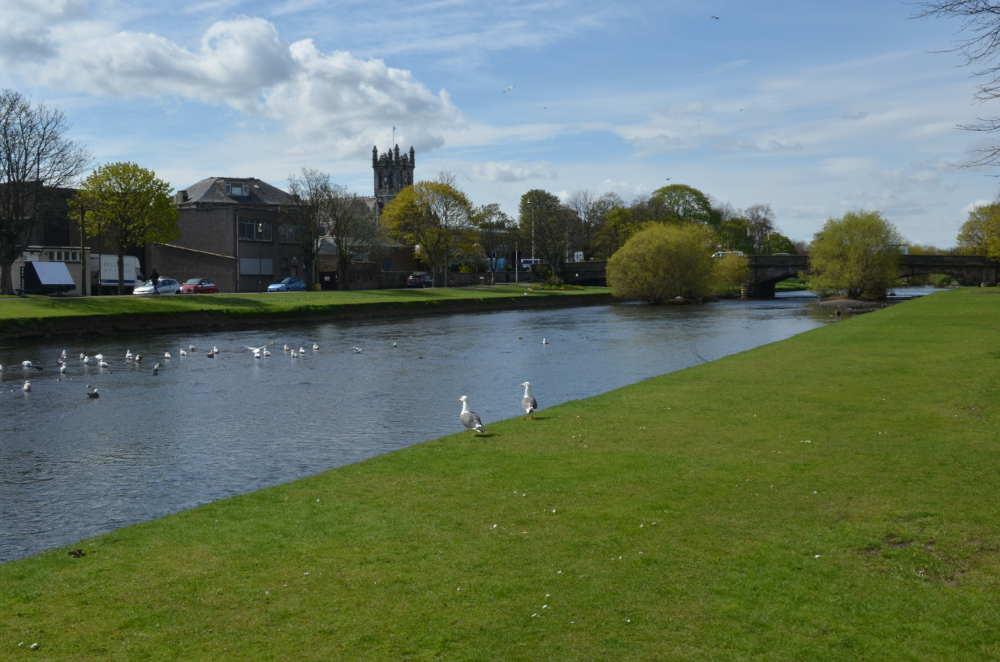 Electric bikes could replace buses as people ‘reclaim their streets’ and town centres are transformed in a green recovery from Covid-19 in East Lothian.

East Lothian Council has unveiled a wide range of temporary changes planned across its towns and surrounding communities to help social distancing.

And in the longer term, council officers have outlined plans to capitalise on the increase in walking and cycling seen during lockdown by making it easier for people to continue to leave cars at home.

These changes, some of which are already in place, will transform town centres and while the work done under the Spaces for People project, is stressed as being temporary, council officers have said they hope it will be the first step to making East Lothian low carbon as part of its ClimatEvolution

From reducing speed limits in towns and some communities to 20mph to introducing pop-up cycle paths and lanes and extending pavements, the council’s Spaces for People plans are already changing town centres.

The changes were welcomed by East Lothian MP Kenny MacAskill, who called it “reclaiming” the streets.

Mr McAskill said: “This is a challenge but equally an opportunity, offering other public health improvements, as well as the required social distancing.

“Reducing air pollution and promoting walking and cycling will have benefits for us all.

“Providing adequate car parking remains essential, with vehicular access understandably restricted. It’s not easy but it can be done.

“As communities on the continent have discovered, people reclaiming their streets has benefits for all.”

And Iain Gray, East Lothian MSP, said: “The substantial increase in the number of people walking and cycling, both locally and across the UK, was one of the positive unintended consequences of lockdown.

“This clearly brings benefits for both the health of the individuals doing more walking and cycling, and for the environment if it means fewer vehicles on our roads.

“Therefore, I welcome measures to encourage and support the continuation of this growth in walking and cycling as we move out of lockdown.

“However, changes must be designed and implemented with ongoing consultation with the local communities affected to ensure that they meet the different requirements of each area.”

In a report to councillors last month, Peter Forsyth, the council’s assets manager, revealed ambitions to make the most of the side effects of lockdown.

He said: “The Covid-19 shutdown has resulted in less air pollution and reduced greenhouse gas emissions primarily due to extensive travel restrictions. Other positive impacts have included reduced energy consumption and increased walking and cycling.

“Accordingly, there are opportunities for a ‘Green Recovery’, adapting to new ways of working with increase changes to travel behaviour all in support to the transition to a low-carbon economy and low-carbon lifestyles for the longer term that will enable us to continue to tackle the climate emergency.”

Launching its proposed changes on its website for public feedback, the local authority said it anticipated “an element of social distancing will be required in our public spaces into the autumn and winter”.

It said: “To provide alternatives to taking the bus in these uncertain times, e-bike hire stations are being progressed for each of our towns.”

It added: “Electric or e-bikes will provide an alternative choice for public transport users, and non-vehicle owners.

“E-bikes offer a greater mileage for commuting with less physical effort required and a safer means of physical distancing.

“E-bike public hire stations, which will be managed by another company, will be installed in Musselburgh at the Brunton Hall and next to Musselburgh Railway Station in autumn.

“E-bike hire areas in other towns across East Lothian are proposed. In addition, discussions are ongoing with local bike shop businesses as to how they can support the public hire scheme.”

Public Bike Share (PBS) schemes have been introduced across the world, with many using docks which lock the bicycles in and release them for a small fee or with use of a card to users; however, their success in the UK has been limited, with vandalism a major concern for operators.

In London, Santander Cycles operates a successful scheme which has spread to Swansea and Milton Keynes, with users issued a key to access the bicycles, which cost £3, and allowed free use for the first 30 minutes and then charged £2 for every additional 30 minutes.

East Lothian Council said that as well as Musselburgh, there were plans to have public hire stations for e-bikes in Haddington town centre and at Prestonpans Railway Station, Longniddry Railway Station, Memorial Square in Prestonpans, Civic Square in Tranent, and Memorial Park in Cockenzie, each of which would have capacity for eight bikes.

He said: “As we emerge from lockdown, it is very positive to see more people exploring how we can change our behaviour to tackle climate change and promote active living through walking and cycling.

“I am confident that this trend will continue and I strongly support measures for a green recovery in East Lothian.

“At the same time, it is also important that we support the recovery of our high streets and this includes being pragmatic and realistic about the need for adequate parking provision.”

And Alison Johnstone, Scottish Greens Lothian MSP, said: “I’m very pleased that East Lothian Council has been proactive in the Spaces for People infrastructure programme, and it is clear from the volume of consultation responses that there is a real appetite for greater safety and options for people to walk or cycle.

“Indeed, as lockdown continues to ease, if we are to keep East Lothian moving and avoid roads choked with cars, measures to redistribute road space are vital. Heavy traffic is bad for health and communities.

“We are seeing much more ambitious projects to do this across Europe, such as in Paris, where many of the changes look to become permanent.

“I hope that councils like East Lothian will follow suit and embed changes which have shown to benefit our air quality and local businesses.

“I also welcome the lowering of speed limits on residential streets to 20mph. Lower speeds save lives, and the Scottish Greens would like to see this replicated across Scotland as a permanent fixture.”

A council spokesperson said: “As part of Spaces for People, we are proposing the installation of e-bikes in suitable locations. E-bikes are becoming increasingly popular as an active travel option which could be potentially attractive as an alternative form of clean, green transportation.

“We are still at the early stages of this proposal and look forward to pursuing this further and will provide further information in due course.”

Everyone is invited to the launch of All Aboard