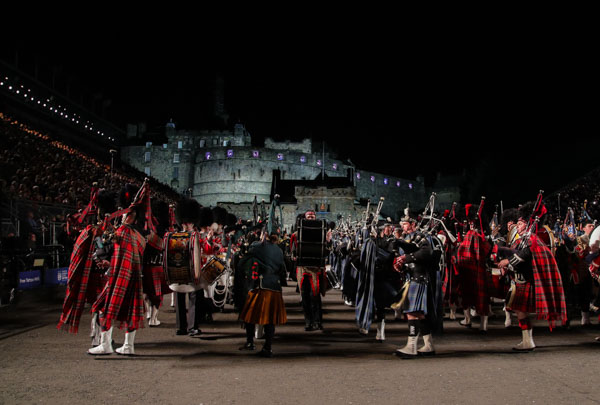 The Royal Edinburgh Military Tattoo has announced it will start selling tickets for the 2021 show in October.

The charity will donate £340,000 to military charities across the UK this year.

Although the 2020 show was cancelled the organisation will continue its charitable support, and the latest donation brings its total charitable contributions to more than £12.3 million since the event began in 1950.

The sum of £300,000 will be awarded to eight Armed Services beneficiaries including ABF The Soldiers’ Charity, The Royal Navy and Royal Marines Charity and Royal Air Force Benevolent Fund. And £40,000 will be directed to the Army Piping Committee to help promote and sustain British Amy Pipes and Drums.

Plans are already underway for the Tattoo’s live show in 2021. The 30,000 guests who transferred their tickets for this year’s show will be granted priority access to the 2021 tickets when sales go live.

Fans of the show can register their interest in tickets for the Tattoo’s spectacular return to Edinburgh by visiting https://www.edintattoo.co.uk/sign-up-for-updates

Rucelle Soutar, Chief Operating Officer of The Royal Edinburgh Military Tattoo, said: “2020 has been a challenging year for all of us. However, as a charitable organisation we’re committed to continue to deliver against our charitable objectives. To be able to donate this sum of money, despite the challenges we’ve faced this year is an incredibly proud moment for us and is testament to the hard work of the whole team.”

Buster Howes, CEO of The Royal Edinburgh Military Tattoo added: “Putting the disappointments of this silent August behind us, it is surely time to look ahead.  We’ve been working hard, behind the scenes, to make a safe, creative and thrilling return in 2021. Announcing our intention to sell tickets for next year is our first public step towards this. We’re so looking forward to welcoming you all back; to lacing up our dancing shoes; firing up our pipes, drums and fiddles, and to gleefully launching again, the most spectacular show on earth!”

As the Show marches into its eighth decade, the Tattoo will embrace the chance to adapt and evolve to remain one of the world’s leading public events. Organisers will reveal more detail on ticket sales and plans for the 2021 show in the coming months.