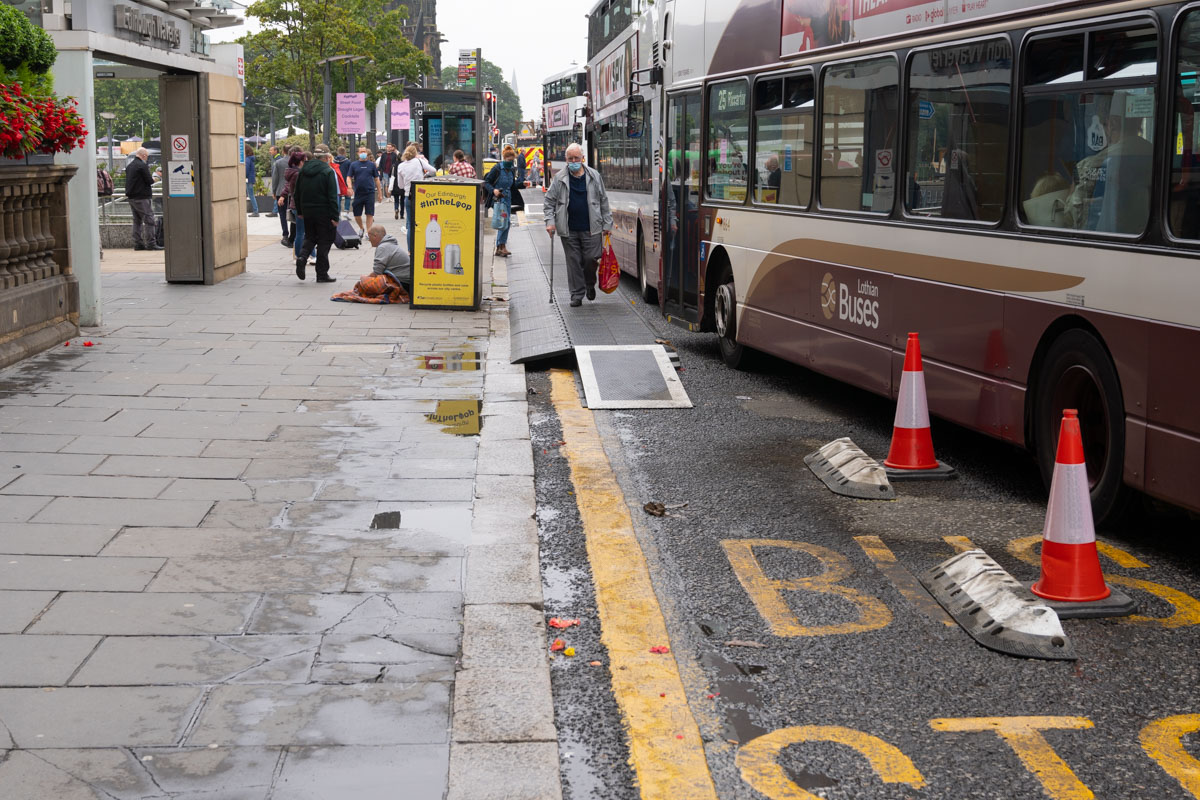 One in five changes to road usage in the Capital could negatively impact emergency services  ability to get to 999 calls, official reports have revealed.

The Spaces for People programme comprises a series of measures implemented by the council to increase pedestrian and cycling provisions in the city.

In light of the coronavirus crisis and in order to facilitate social distancing, the Scottish Government awarded the council £5 million to fund the programme and introduce emergency and temporary measures including cycle segregation lanes, widened footpaths and parking bans on various high streets.

Key stakeholders have been given five days to submit feedback on these plans.

It has now been revealed that according to the council’s own analysis, 20 per cent of proposed Spaces for People changes to roads will have “minor” negative impacts on emergency vehicle routes and their access to patients.

Plans for Carrington Road are currently being reconsidered specifically in light of emergency vehicle access issues.

Planned changes to Leith low traffic neighbourhood and Wester Hailes Road have also been put on hold, however for reasons including budget pressures and the need for wider consultations.

David Hunter, a 46-year-old resident based in East Craigs has serious concerns about how proposed changes to his area will affect emergency vehicle response times.

Mr Hunter said: “One of the issues for many residents is that if you have a heart attack and Maybury and Barnton junctions are congested at rush hour, then the ambulances would be forced to go and be stuck in that.

“Before there would be multiple through roads that could act as a cut through to get to the hospital quickly and avoid a kettle exit.

“A bus gate may well allow emergency vehicles access but the concern remains the same that if you have an emergency at the wrong time of day you are in trouble.

“The links to Glasgow Road can make a huge difference in an emergency and ambulances would have to travel deeper into neighbourhoods that will now not offer the same quick exits.”

Responding to concerns about emergency vehicle accessibility, Conservative transport spokesperson, Cllr Susan Webber, said: “We all know and understand the need for all of our emergency services to attend incidents quickly. We all know this is critical to save lives and reduce harm.

“We also all know that every second and minute counts. None more so when it is a member of our own family. So when a plan or project, either temporary as in these nine Spaces for People schemes, or permanent, looks like it will impede the ability of our emergency services to reach critical incidents or then hinder the onward transfer of the patient to hospital for emergency treatment, then it becomes a straight forward decision for me. These schemes should not proceed any further.”

The council says it is working with emergency services to ensure any impact the Spaces for People programme has on accessibility is minimised.

Transport and Environment Vice Convener, Cllr Karen Doran, said: “Our Spaces for People team have been working extremely hard to assess and weigh up all the benefits and impacts of schemes which are being prioritised to the areas most in need of interventions.

“Thousands of people have told us where they want us to address pinch points and risks for safe and accessible travel by foot, bike or wheelchair, as well as areas identified by our own officers.

“Our detailed prioritisation scoring system takes into account a number of important factors, including the impact of measures on emergency services and public transport operators.

“In a small number of schemes, a potential minor impact on emergency services has been highlighted. However, our engagement process involves communication with the police, ambulance and fire services, to ensure any impact is minimised so that the public remain safe while also benefiting from the improvements being put in place.”